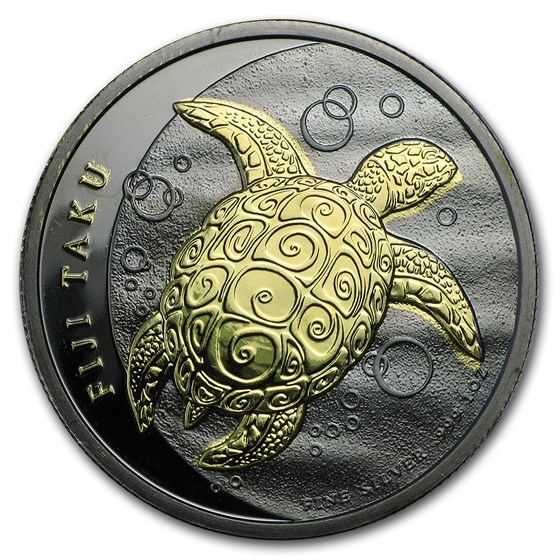 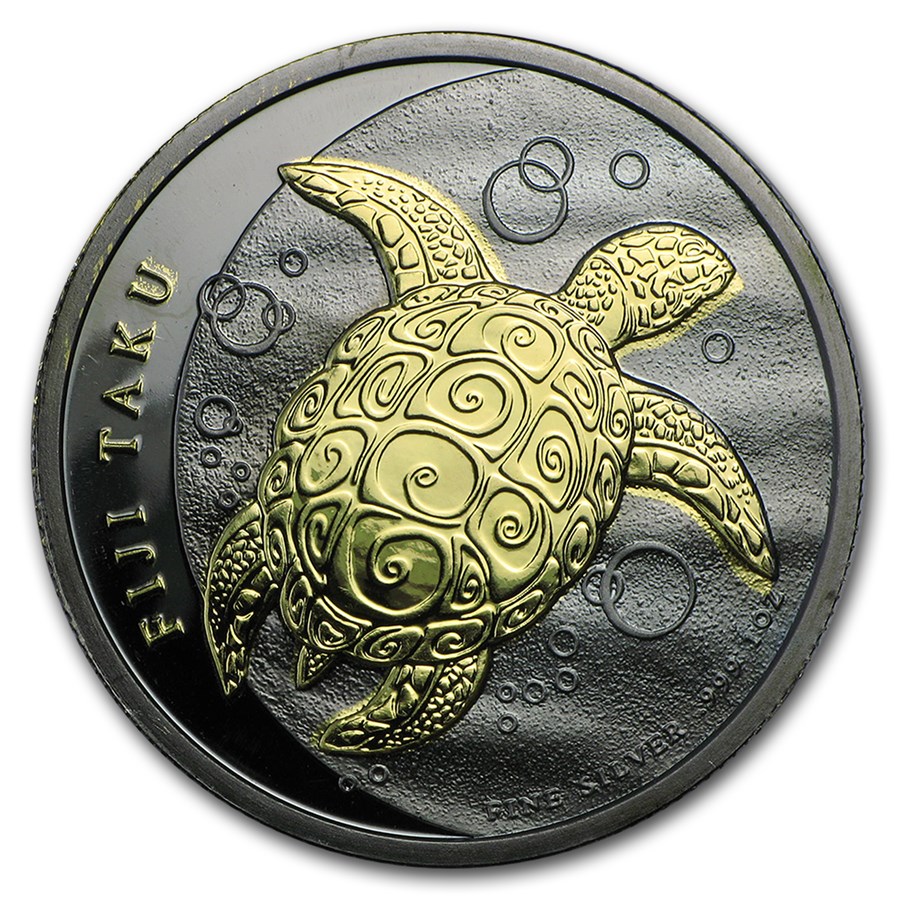 Product Details
Product Details
Nearly 3,000 critically endangered Hawksbill turtles, or takus, call Fiji their home, and they have been honored on this beautiful series. Each of these .999 fine Silver coins celebrates the beloved taku and would make a great addition to any collection.

Coin Highlights:
The Fiji Taku is a coin that is admired around the world. Add this stunning version of the 2013 Fiji 1 oz Silver $2 Taku to your cart today!

Making incredible migrations to move from feeding sites to tropical beaches that serve as nesting grounds, Hawksbill turtles come to New Zealand every year from Fiji. Although they have been sighted as far south as Cook Strait, they are mostly seen in the upper North Island of New Zealand in the clear, shallow waters of the island shelve.

Like many sea turtles, Hawksbills are a critically endangered species due mostly to human impact. Hawksbill eggs are still eaten around the world despite the turtle’s international protected status, and they are often killed for their flesh and their stunning shells that are highly valuable in some marketplaces.