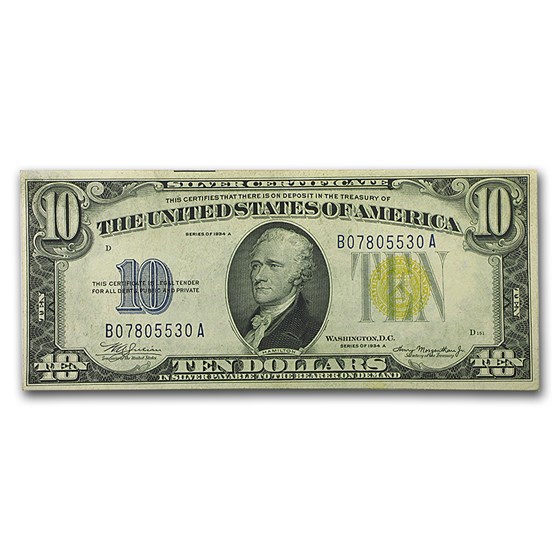 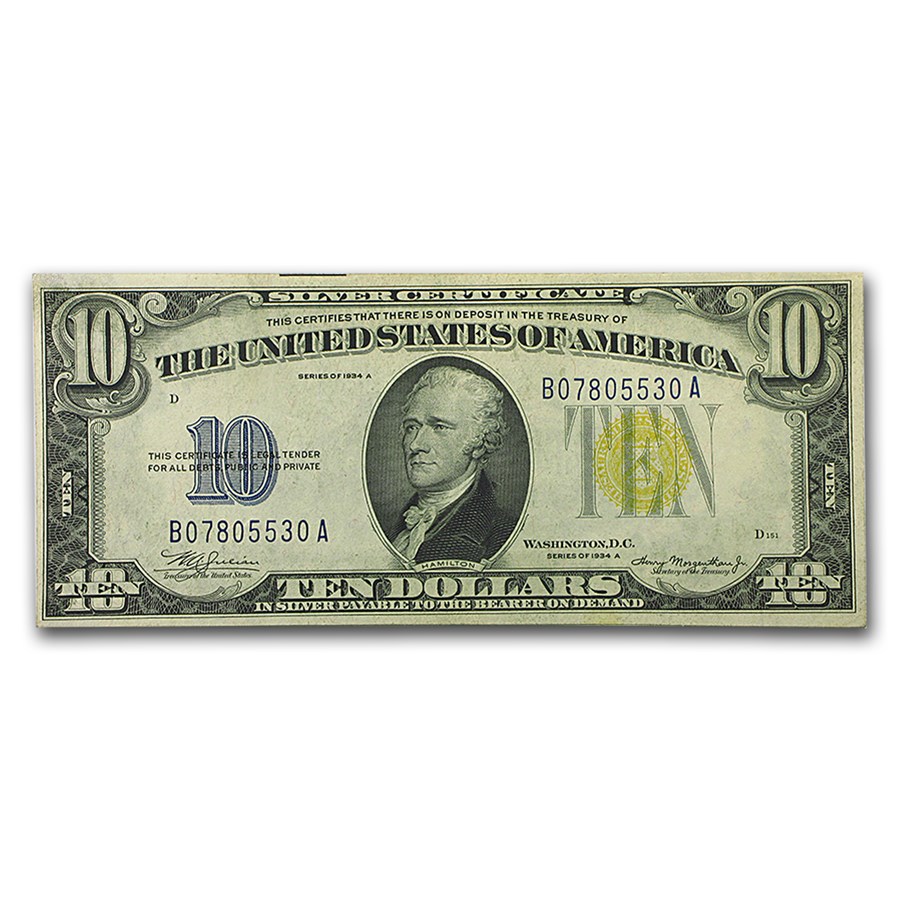 $28.28 $28.58
As Low As
Product Details
Product Details
This series 1934-A $10 Silver Certificate features a yellow seal in place of the blue treasury seal. These notes were issued for use with the armed forces in North Africa and Europe during WWII. Really nice note for a type set.