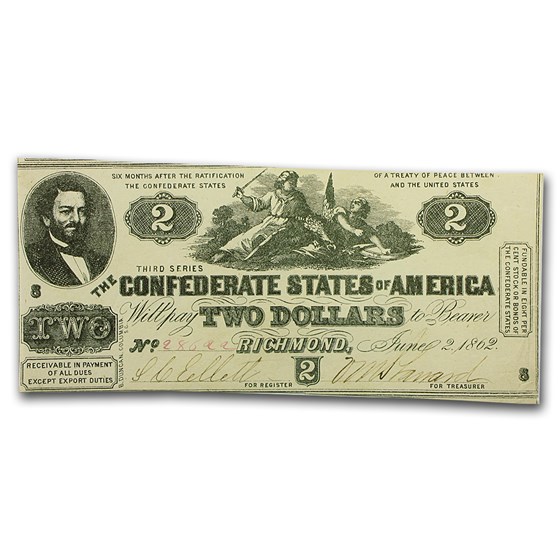 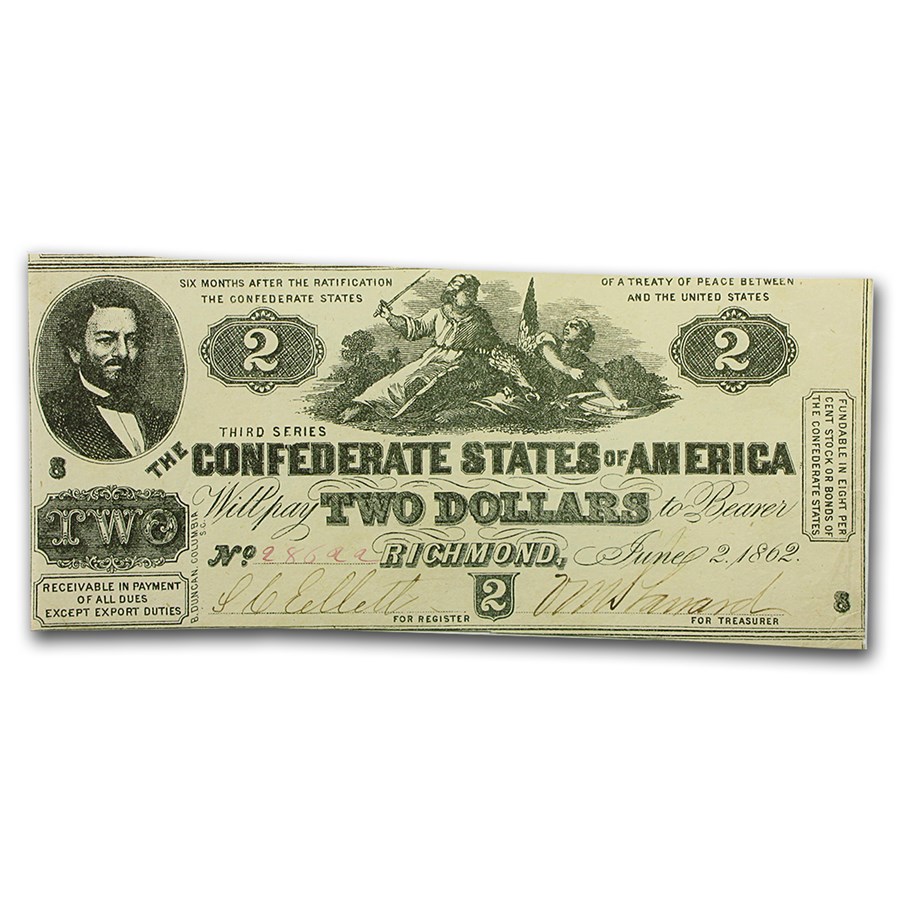 Product Details
Product Details
This 1862 issue Confederate deuce has the popular vignette depicting the "South Striking Down the Union" at center. There is also a portrait of CSA Secretary of State Judah P. Benjamin on the left.

This note has seen minimal wear and retains most of its original crispness and is a nice example of CSA paper money used during the Civil War.