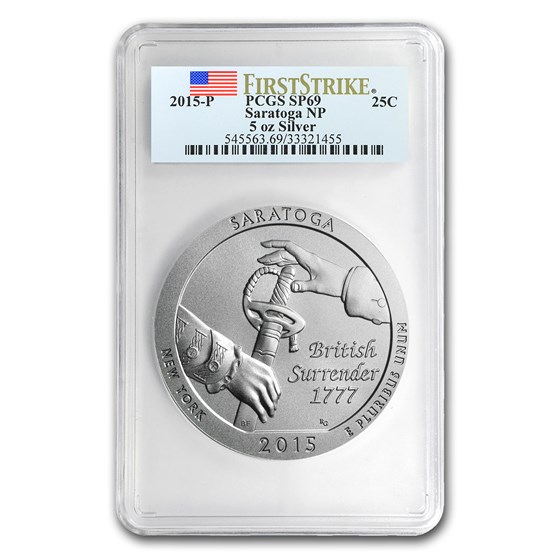 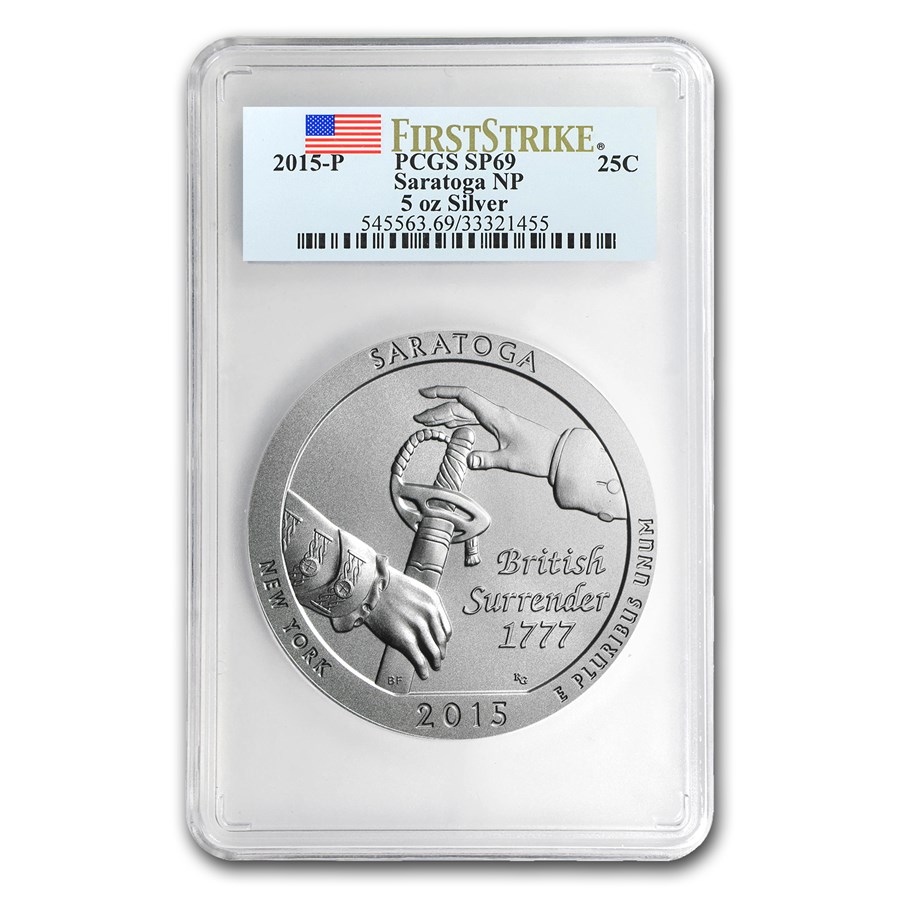 Your purchase is guaranteed to match the quality of the product shown. It will not be this exact item.
Product Details
Product Details
The Saratoga National Historical Park is the final release in 2015 of the U.S. Mint's popular America the Beautiful series.

Coin Highlights:
Protect and display your burnished Saratoga coin in style by adding an attractive display or gift box to your order.

These coins are sought after by investors for their .999 fine Silver content, and demanded by collectors for their artistic value. Add this attractive 5 oz Silver ATB Saratoga National Historical Park coin to your collection today!

At Saratoga, in the autumn of 1777, American forces met, defeated and forced a major British army to surrender. This crucial American victory in the Battle of Saratoga renewed patriots’ hopes for independence, secured essential foreign recognition and support, and forever changed the face of the world. The battlefield, a monument to the fallen and the restored country house of American General Philip Schuyler make up the three sites of Saratoga National Historical Park. It was established as a national site in 1938.

The American victory was an enormous morale boost to the fledgling nation. More important, it convinced France to enter the war in alliance with the United States, openly providing money, soldiers, and munitions, as well as fighting a naval war worldwide against Britain.