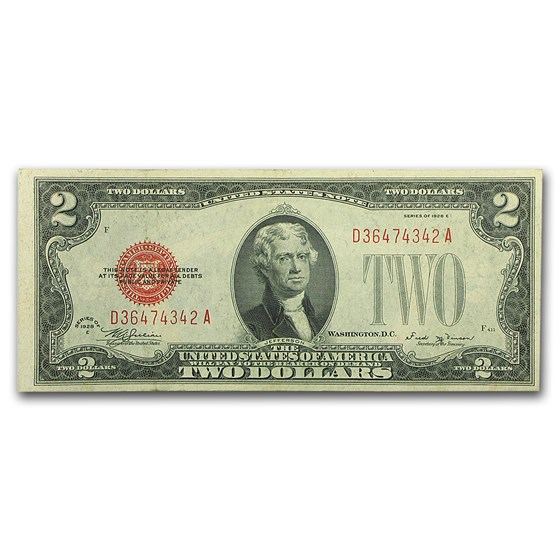 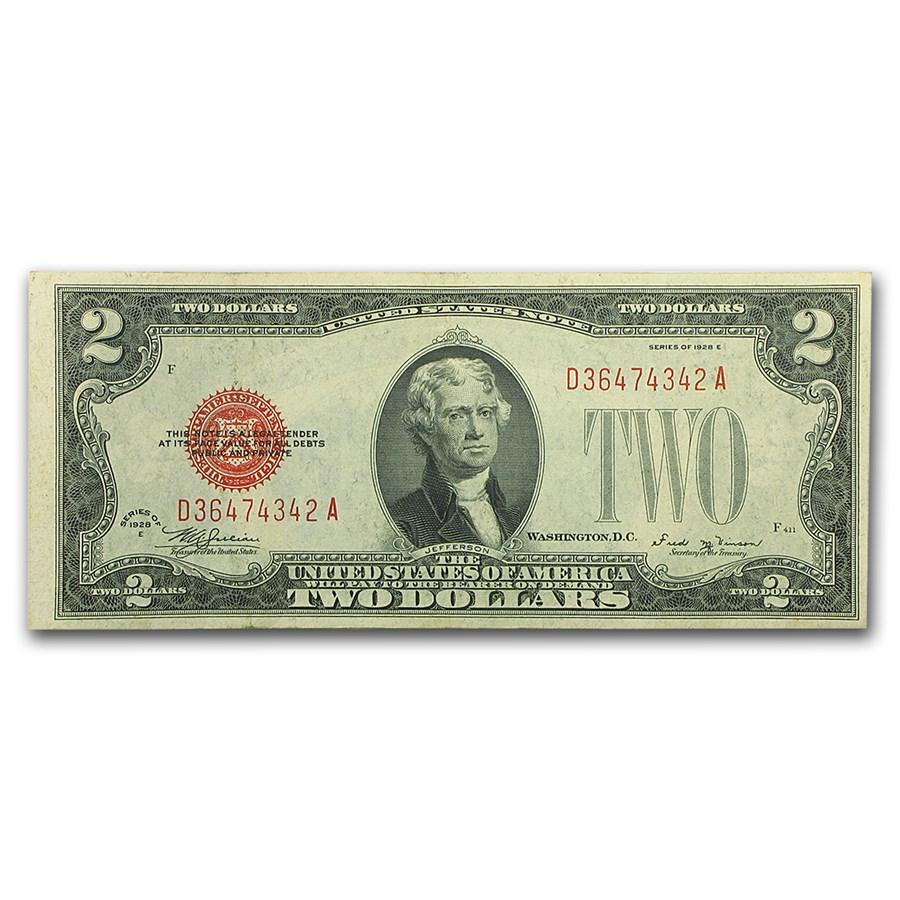 Your purchase will match the quality of the product shown.
Product Details
Product Details
Series 1928-E $2.00 United States Notes (also known as Legal Tender or Red Seals) have the lowest printing of the series. This note features a large "TWO" on the right - a must have for type!