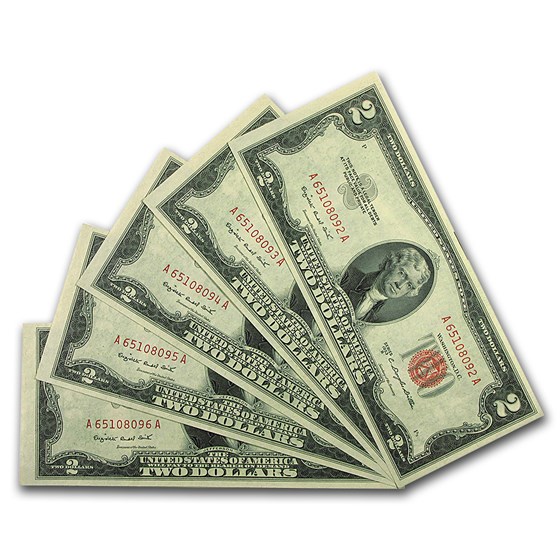 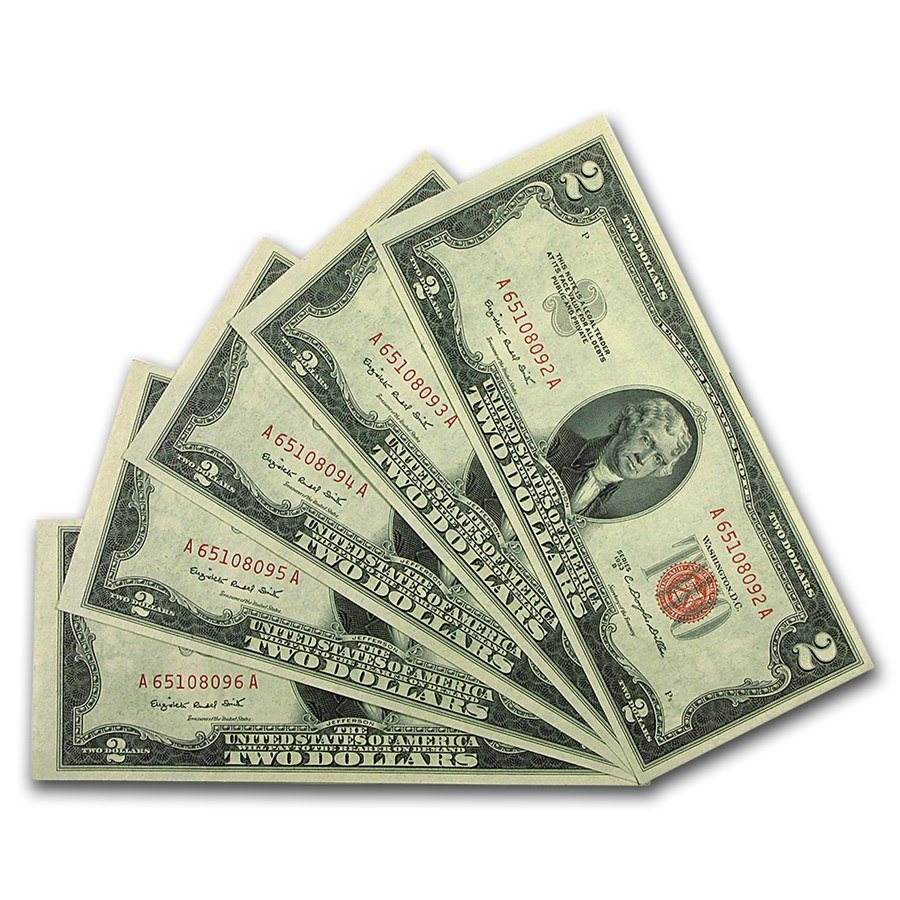 Your purchase will match the quality of the product shown.
Product Details
Product Details
This group of 5 consecutive Series 1953-B $2.00 United States Notes is in Crisp Uncirculated condition with a few edge bumps from handling. This series had a limited issue of just over 10 million.

Currency Highlights:
These $2.00 Red Seals saw heavy usage until the type was discontinued in the 1960s and are getting harder to find in Uncirculated condition. Add some of these great conversation pieces to your cart today!

United States Notes were adopted for circulation during the Civil War in 1862 in denominations $1.00 through $1,000. The $2.00 denomination remained when they switched over to small size notes in 1928 and continued until the early 1960s when the denomination was discontinued. The deuce was revived in 1976 as a Federal Reserve Note.