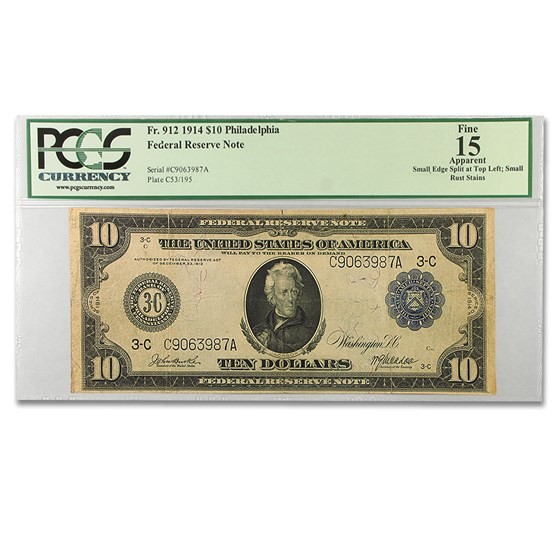 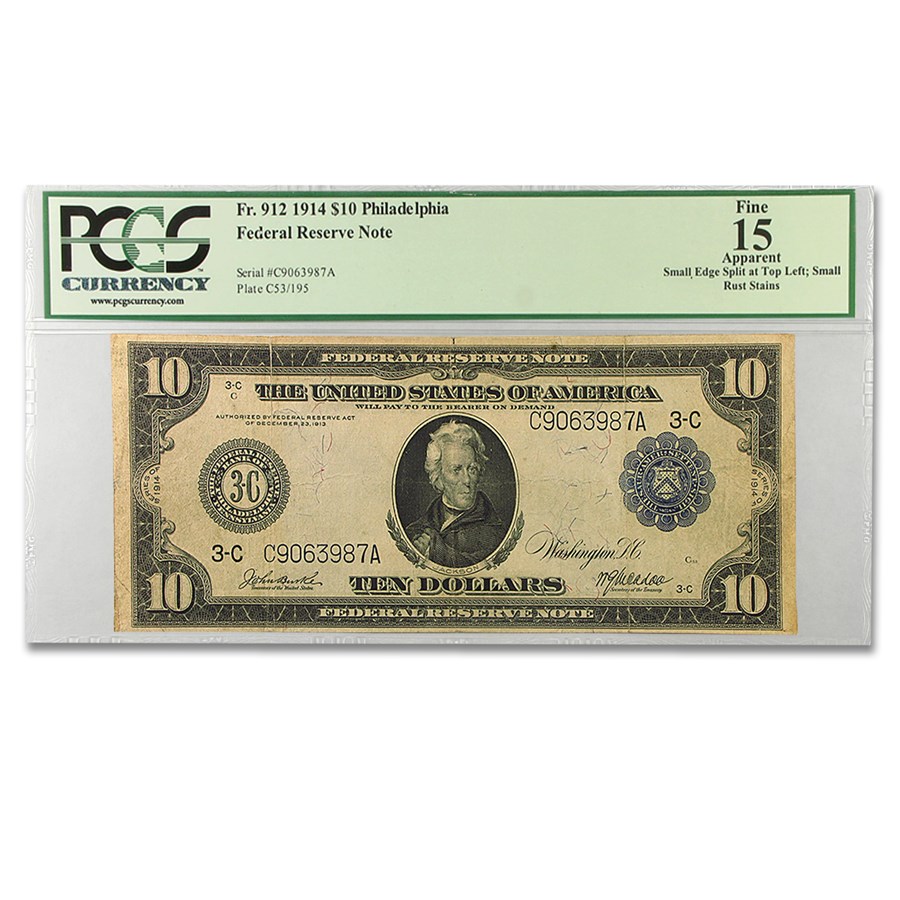 Product Details
Product Details
This $10 Federal Reserve Note from the Philadelphia district features a central portrait of Andrew Jackson. The back of the note is devoted to agriculture and industry. Nice affordable example for the beginning collector!

Currency Highlights:
Add one of these great conversation pieces to your cart today!

Series 1914 Federal Reserve Notes were the first of this type issued after the Federal Reserve Act passed in 1913. Denominations from Five through Ten Thousand Dollars, and districts A through L, (Boston through San Francisco) were established.  This established the banking system and uniform currency that exists to this day.
Related Searches
Philadelphia Mint