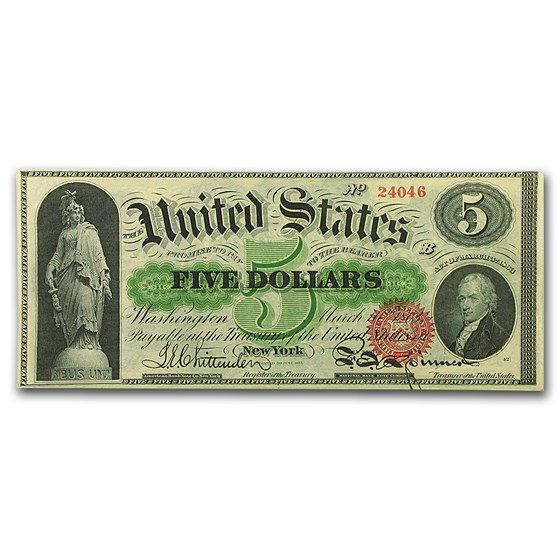 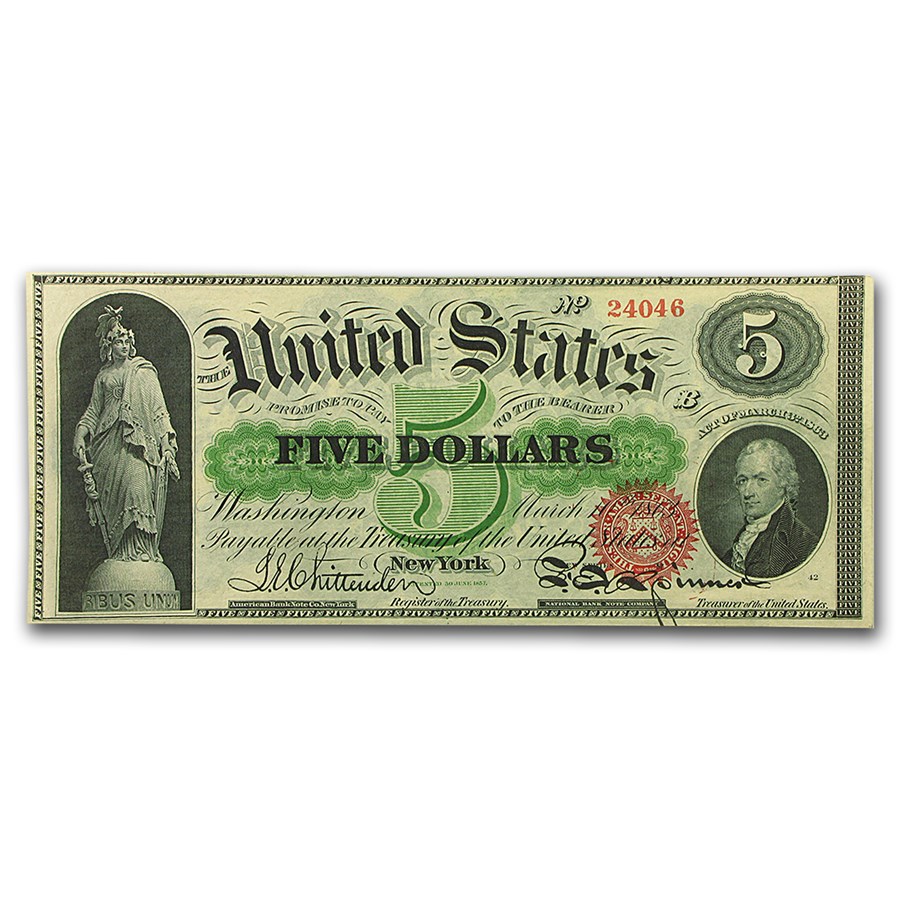 Your purchase will match the quality of the product shown.
Product Details
Product Details
Here's your chance to obtain a Civil War era issue of U.S. paper money at a reasonable price!

Currency Highlights:
This note is in Uncirculated condition with some lightly rounded corners and a small wrinkle in the lower portrait that doesn't detract - typical of these early U.S. paper money issues, but still a very decent and presentable example of this early note! This series has become a favorite with collectors. Add one of these classics to your cart today!

The necessity of financing military operations during the Civil War forced the Federal government to print paper money.