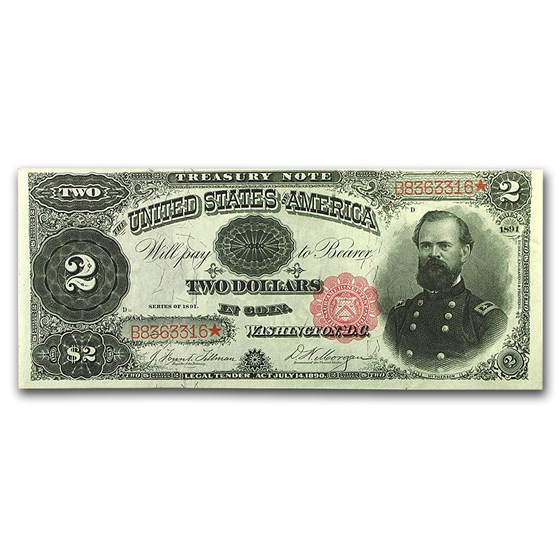 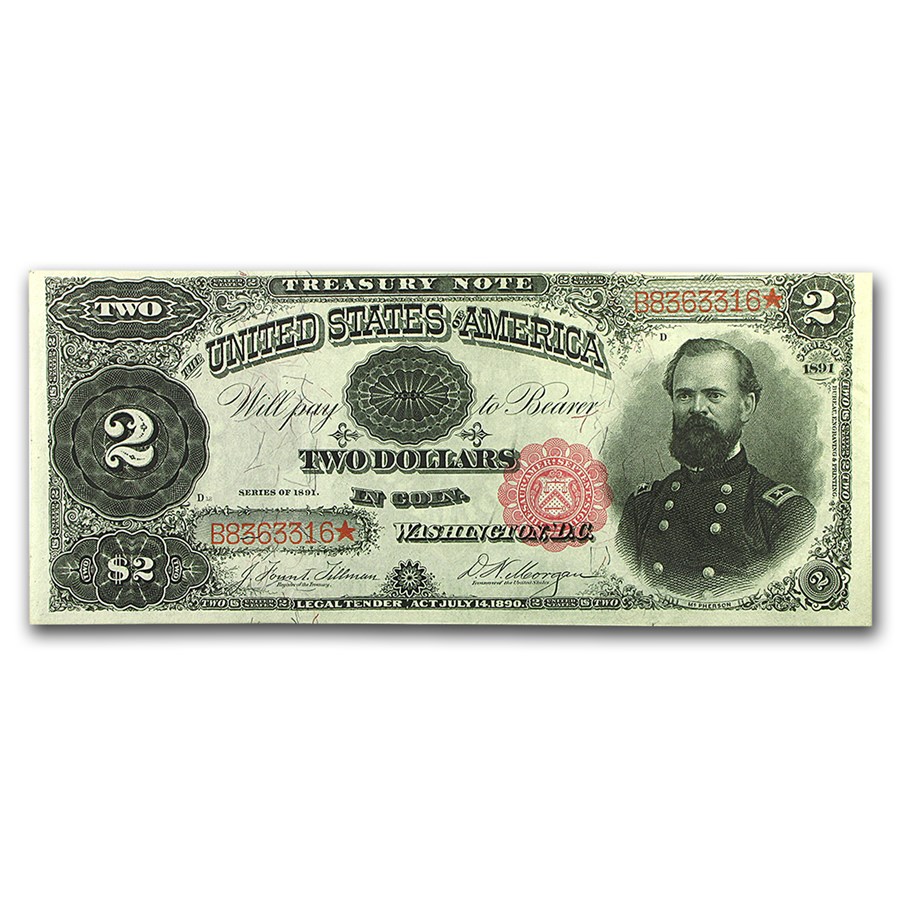 Currency Highlights:
These notes are collectible due to their brief issue and low printing. Add this 1891 $2.00 Treasury Note to your cart today!

Although titled as Treasury Notes, the obligation boldly stating these could be redeemed 'IN COIN' led to them being referred to as Coin Notes.