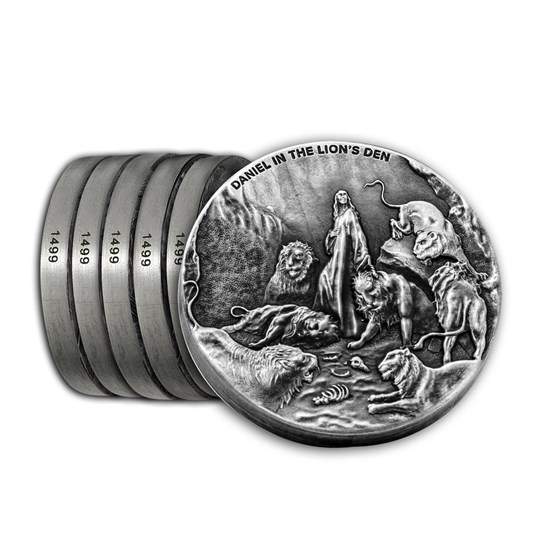 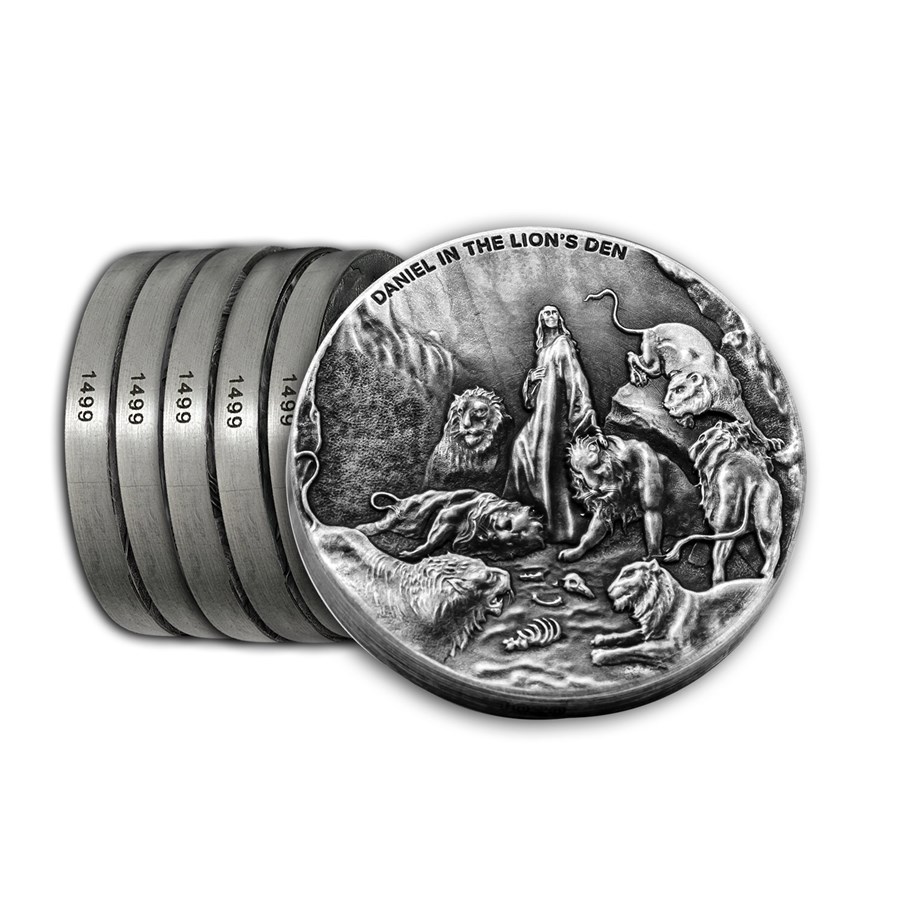 Product Details
Product Details
APMEX normally charges a premium for providing matching serial numbers on a full 6-coin Biblical Series set. Now through the final release, we are reducing this premium by $50. Take advantage while supplies last and save on this valued collectible.

All coins in this complete six-coin series feature matching serial numbers and come to you in a leather-bound collector's album reminiscent of the Bible, which you will receive with the second release. This complete set is an ideal way to collect each release in the Scottsdale Mint's 2016 Biblical Series.

Set Highlights:
For the first release, you will receive the lowest serial number available at the time of your order. As each new biblical design is released throughout the year, we will send you the coin that matches the serial number you received with the first release. By the end of 2016, you will have a complete set of 2016 Biblical Series coins.

Own the entire set or give this exceptional six-coin set as a gift. Add this 2016 6-Coin Silver Biblical Series Master Set to your cart today!

Matching serial numbers on each set will be of our choice based upon available inventory.

The certificates of authenticity have an antique feel that coincides nicely with both the finish of the 2 oz coin and the subject matter. Included on the certificate is an image of Gustave Doré's artwork for that particular coin, showing how accurately Scottsdale Mint's creative team recreated the original artwork for this coin series.