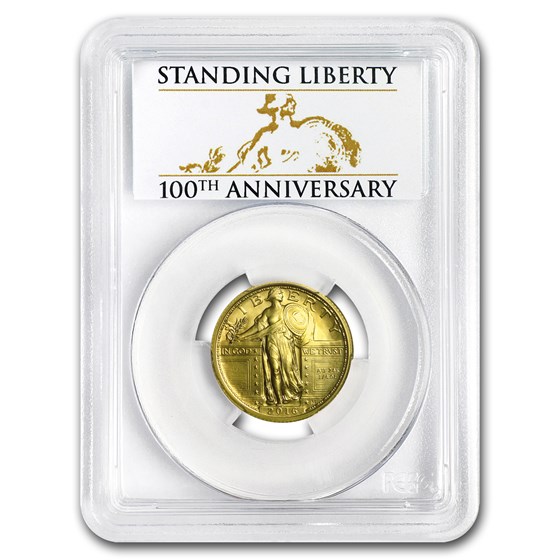 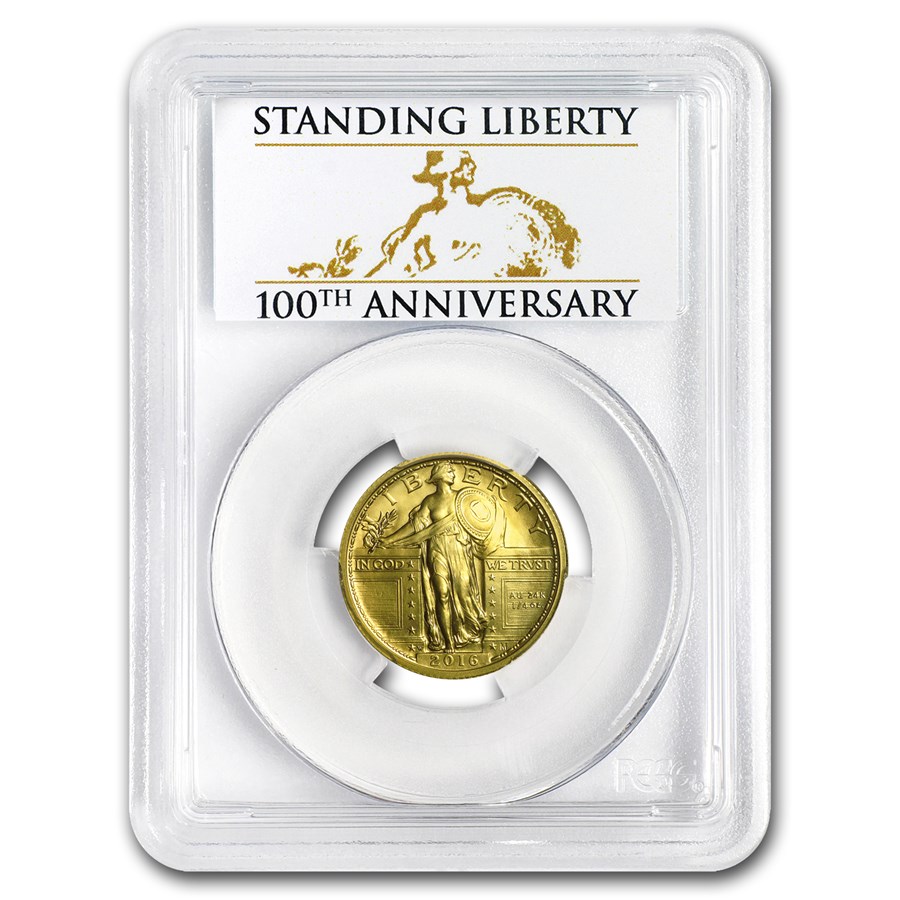 This is the second coin in the series commemorating the coins minted during the Renaissance of American Coinage called for by President Theodore Roosevelt. Though the original Standing Liberty Quarter was struck in Silver, it is now celebrated in .9999 fine Gold, giving great detail to its timeless design.

An excellent half ounce,24 Karat gold coin. The fact that they wrote 24K and gold's periodic element name, "A U" on this coin makes it even more special.. Cant go wrong with a .9999 solid gold coin! Love the hundred year Anniversary concept,Well done!

Perfect going to add to your collection

This standing liberty quarter is absolutely beautiful and graded SPF 70 is an absolutely gorgeous coin and would be a perfect addition to any coin collection.

I am drawn to U.S. 24k gold Commeratives. I find them both beautiful as well as highly collectable.J

I got this one because I am looking to complete the set. I have the dime and now the quarter with only the half dollar left to get to complete the centennial set. I sure hope they produce it soon with so little time left in 2016. The quarter I just purchased is excellent. APMEX has always done right by me.

A stunning work of art

I have dealt with APMEX for years and always received quality products. Sometimes the price is a little high but it is worth it in the long run. They are my dealer of choice.