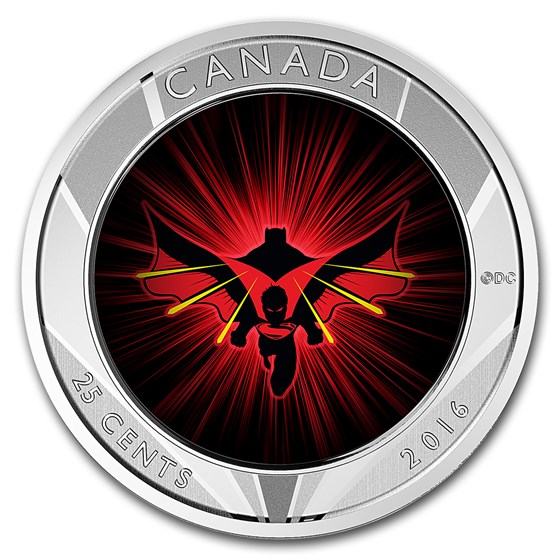 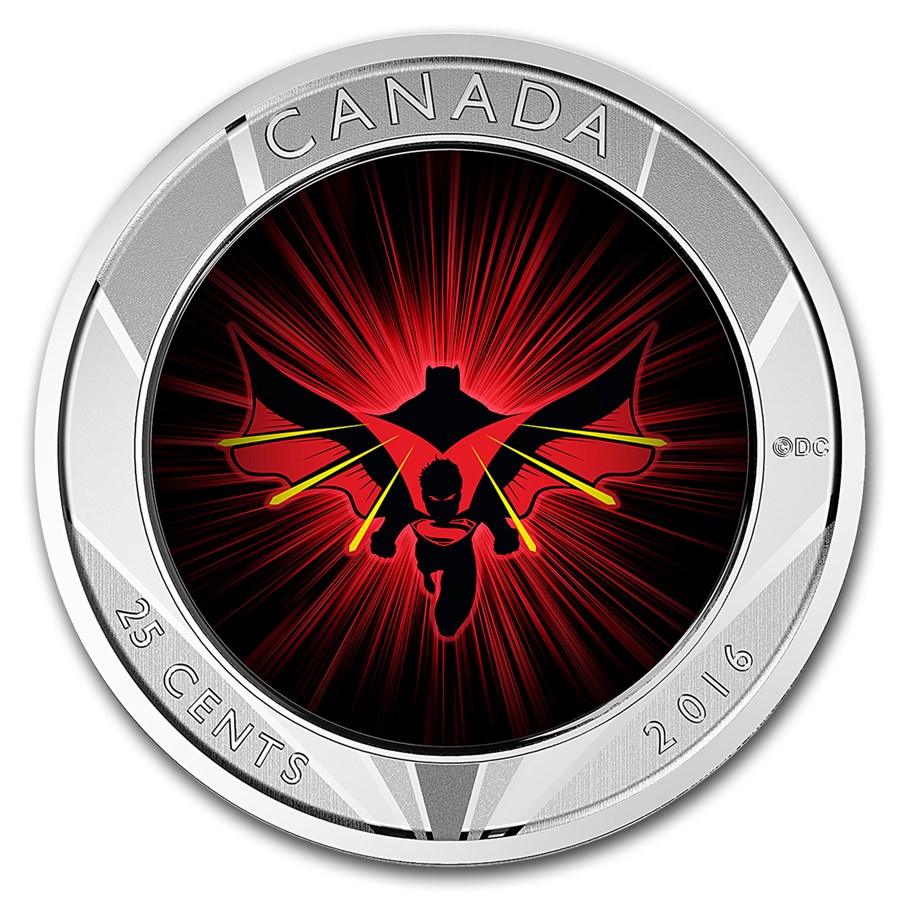 Your purchase will match the quality of the product shown.
Product Details
Product Details
With the release of the highly anticipated movie Batman v Superman: Dawn of Justice, the Royal Canadian Mint is excited to introduce an unforgettable series of coins. This coin has a lenticular design!

Superman’s iconic red and yellow S-shield is superimposed over the black-colored bat symbol of Gotham City’s Dark Knight; the merging of these two logos represents the idea that despite the fact that they are at odds in Batman v Superman: Dawn of Justice, the two Super Heroes are nonetheless part of the same “battle” for justice, a common purpose in spite of their different styles.

The first image plays with light and shadows to present the silhouette of Superman in motion, his cape spread out behind him as he sails through the air and into action. Negative space within Superman’s silhouette cleverly uses the red background to recreate the red S-shield that is famously emblazoned across Superman’s chest. As the coin is tipped, lenticular technology causes the image to change to a second frame, which is a silhouette of Batman against a dark grey background. The cape that stretches from one side of the coin to the other is now webbed, as a bat’s wings would be. The white of Batman’s eyes emerge from the pointed cowl, while the physique that previously bore Superman’s iconic symbol is now filled in as Batman springs into action in the shadows.

Bought for grandsons and think they will get a kick out of coin.