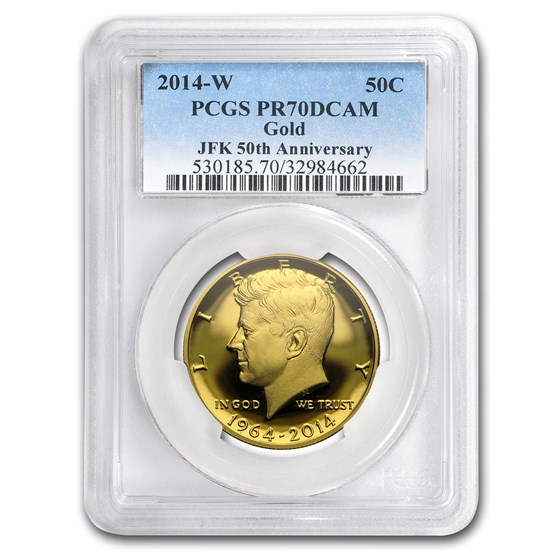 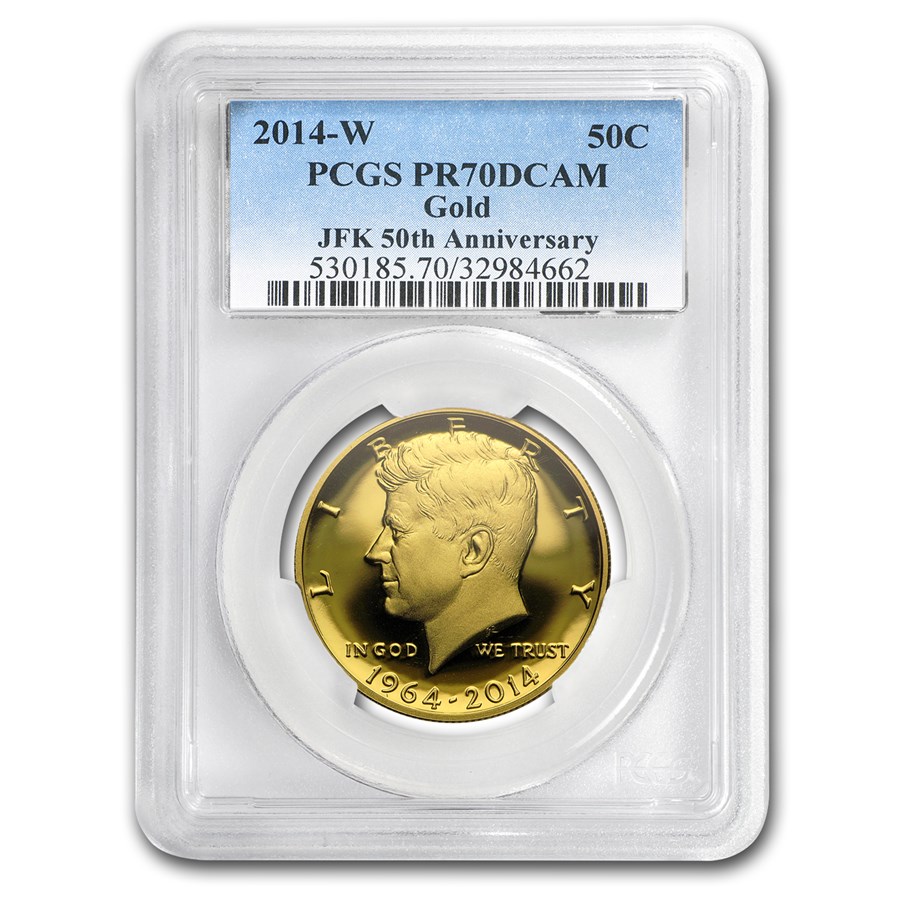 Product Details
Product Details
John F. Kennedy's life and legacy are commemorated by the U.S. Mint with this 50 year anniversary issue of a 3/4 oz Gold coin.

An iconic individual, John F. Kennedy is the epitome of an American leader. His inspiration and vision for the United States carried across the country, creating a time for optimism and challenges. He wanted to help capture the new American generation’s ideas and dreams. During his presidency, JFK exerted his influences from the Cold War to the Civil Rights Movement, brought sparks to public service by helping Americans see community service in a new light, and spreading American influence around the world.
Related Searches

DID NOT RECEIVE THE COIN (LABEL) DISPLAYED

Their advertising is deceptive. They show this coin in a BLUE label holder and then ship a coin with a different label. Now I have to go to PCGS for a re-holder. Be careful before you purchase this if care about the label you are getting

Merchant response: PCGS label may vary is stated in the coin highlights. We apologize for any confusion.

THIS IS NOT THE LABEL I RECEIVED!

BEAUTIFUL COIN BUT NOT THE LABEL I EXPECTED WHEN I ORDERED.

Merchant response: Thank you for your feedback. Our Post Shipment team will follow up with you soon to discuss the item you received.