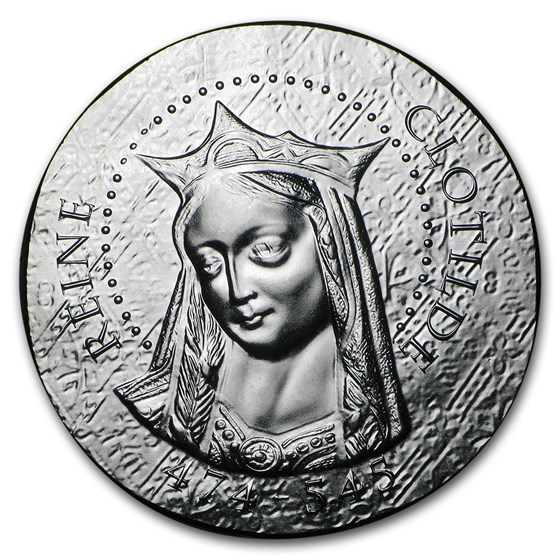 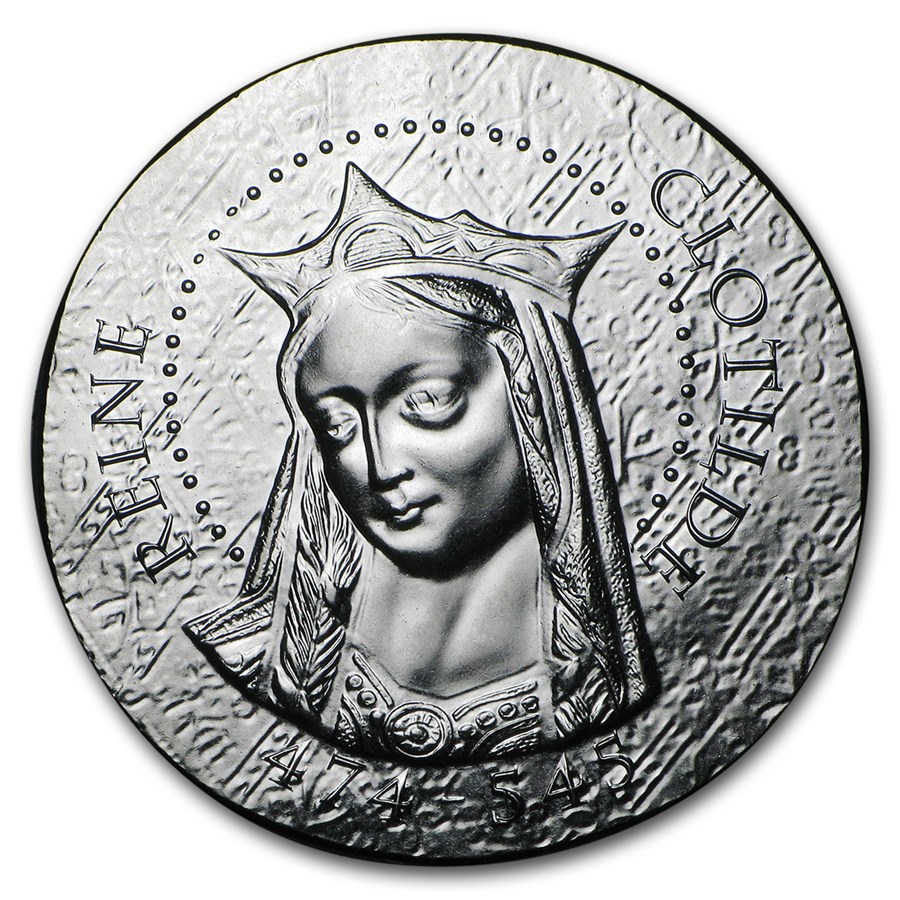 Coin Highlights:
This Silver coin would be a great addition to any collection or an ideal gift for a loved one. Add this 2016 Proof Silver €10 Women of France: Queen Clotilde coin to your cart today!

Clotilde (c. 474 - 545), princess of Burgundy, was the daughter of Chilpéric II and niece of Gondebaud. Gondebaud had his two brothers murdered in 491, and took care of his two nieces, Clotilde and her sister Chrina. Clotilde was a Catholic, but was brought up in her mother’s Christian faith.

Clovis, king of the Franks from 481, heard about the youngest descendant of the powerful family of Burgondes. Clovis and Clotilde got married in 493. Their first two children were baptized at Clotilde’s particular request.

It was at the battle of Tolbiac in 496 that Clovis himself promised to convert, on condition that he was victorious. He was subsequently baptized on 25 December 498 in Reims.

Highly instrumental in her husband’s conversion to Christianity, Clotilde died around 545 and was canonized around 550.

Women of France by The Paris Mint is an interesting look at European History. I enjoy collecting world coins from anywhere in the world. The coins that I collect mostly include COA and are boxed by the mint.