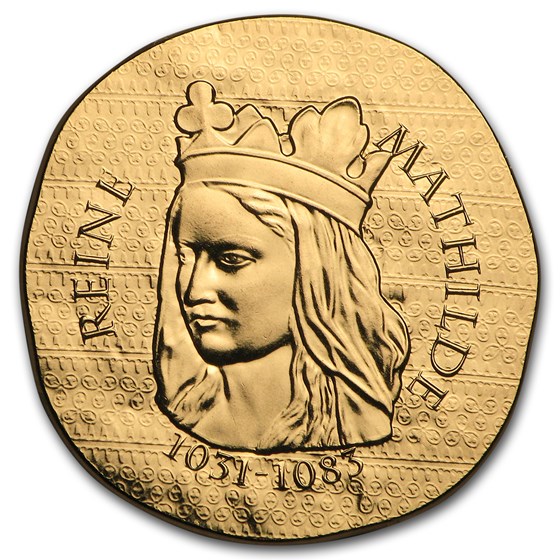 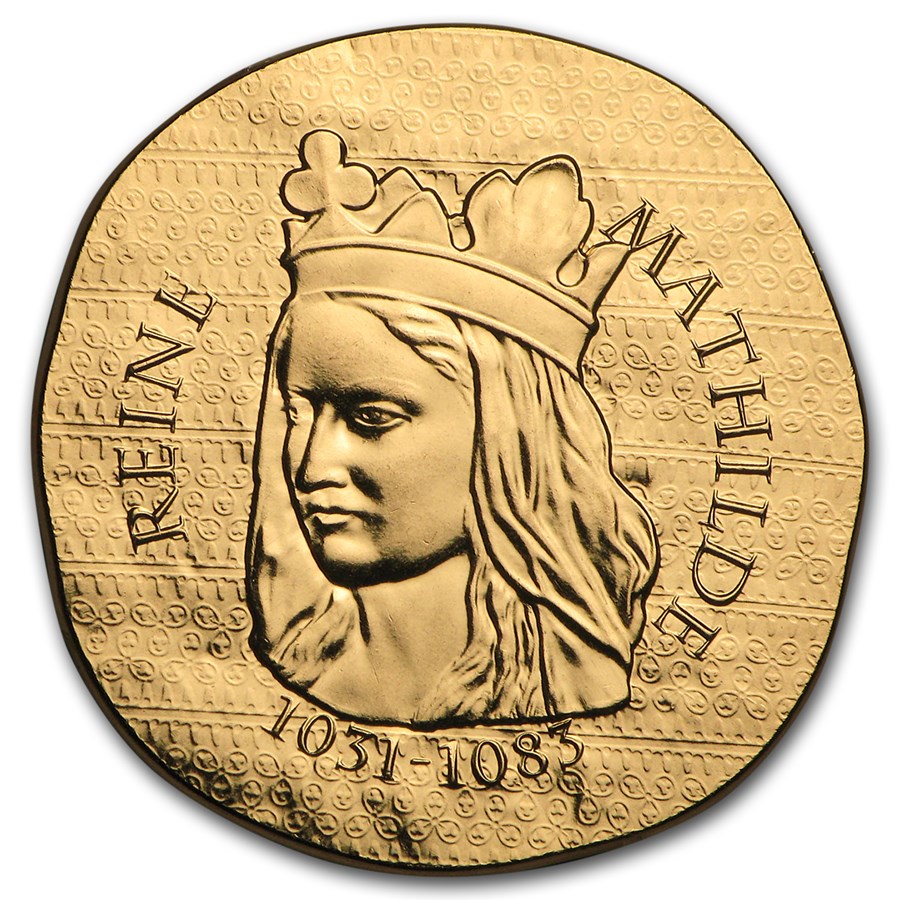 $2,182.49 $2,197.49
As Low As
12% Off The Premium
Product Details
Product Details
The second coin in a series minted by Monnaie de Paris, this coin features the Queen Matilda.

Coin Highlights:
This Gold coin would be a great addition to any collection or an ideal gift for a loved one. Add this 2016 1/4 oz Proof Gold €50 Women of France: Queen Matilda coin to your cart today!

Matilda of Flanders (around 1031 – 1083) is the daughter of the Capetian king Robert II the Pious (996-1031). In 1050 (1051), she married the Duke of Normandy, William the Bastard, who would become William the Conqueror. She became by her wedding, Duchess of Normandy. They built two abbeys in Caen, the Abbaye aux Hommes dedicated to Saint-Etienne founded by Guillaume, and the Abbaye aux Femmes, dedicated to the Holy Trinity, founded by Matilda.

The Bayeux Tapestry commissioned by Odon de Bayeux (William’s half-brother and bishop of Bayeux from 1049 to 1097), records the events that took place from 1064 to 1066 during the Norman conquest of England. We can see the details of the Hastings Battle. Legend has it that Queen Matilda created the tapestry, assisted by her ladies-in-waiting.

The Hastings Battle took place on the 14th of October 1066 between the last Anglo-Saxon king of England, Harold Godwinson, and the duke of Normandy. Because of his victory, the Duke of Normandy is sacred King of England. The Norman conquest only ended a few years later. Matilda was crowned Queen of England in 1068.

Fantastic coin proof very low mintage 1000 only, the reverse depicting the battle of Hastings 1066 Queen Matilda crowned Queen of England 1068 from the Paris mint I'm going to get this one graded, fast and professional service from Apmex a trusted company