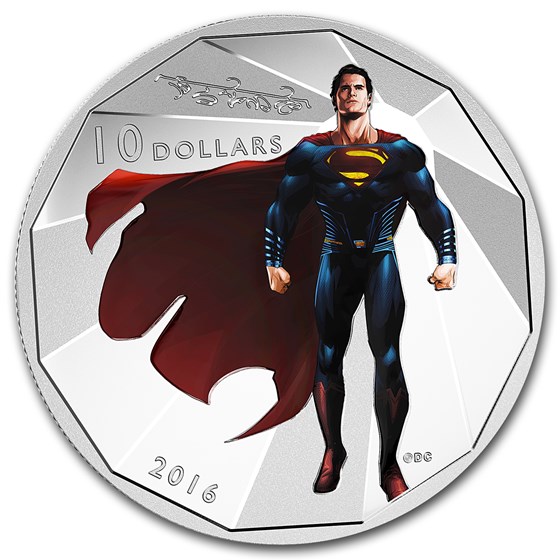 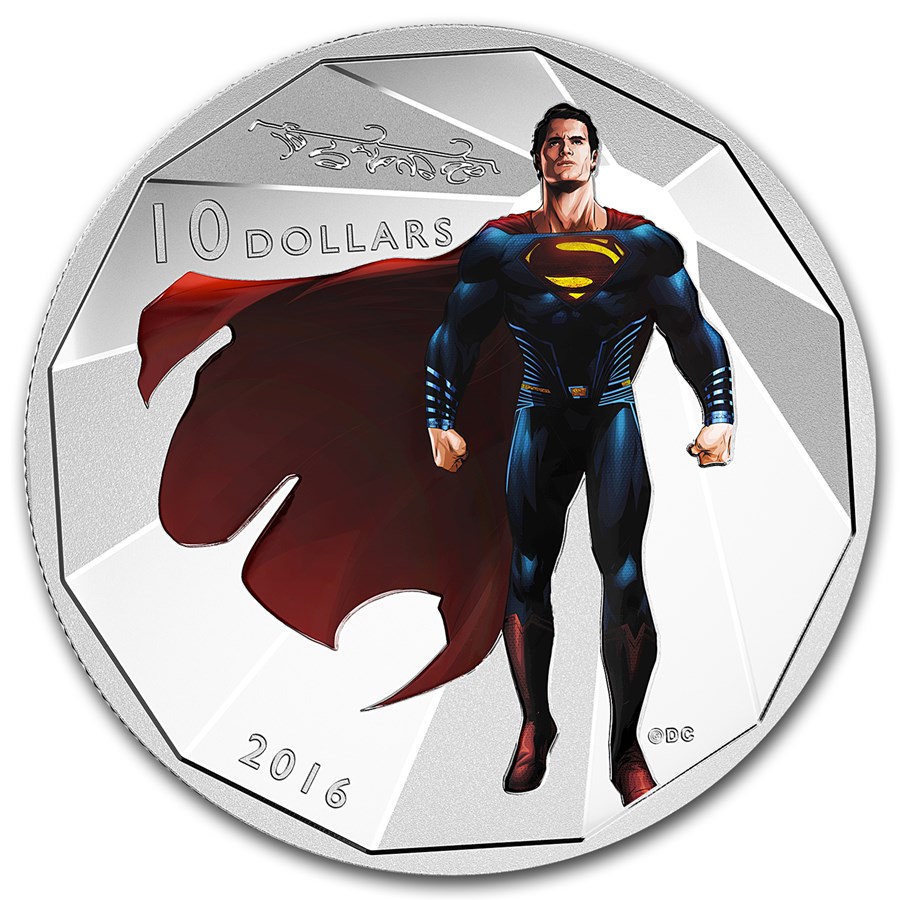 Your purchase will match the quality of the product shown.
Product Details
Product Details
With the release of the highly anticipated movie Batman v Superman: Dawn of Justice, the Royal Canadian Mint is excited to introduce an unforgettable series of coins. This coin is the second 1/2 oz coin of the series and features Superman.

Wearing a variation of his Man of Steel costume, Superman turns his gaze to the sky while keeping his fists clenched in a show of steely resolve; the iconic red and yellow S-shield stands out from his blue costume, while the right-of-center positioning of Superman allows for his red cape to billow majestically with each step. Above his cape is the engraved identifier “SUPERMAN” in the Kryptonian syllabic writing system.

Coin came in cool package made a great brithday gift.

We bought this coin as a present for one of our grandsons. He is really into superhero comics and movies. He's going to love this!

I liked the design and the lower mintage.