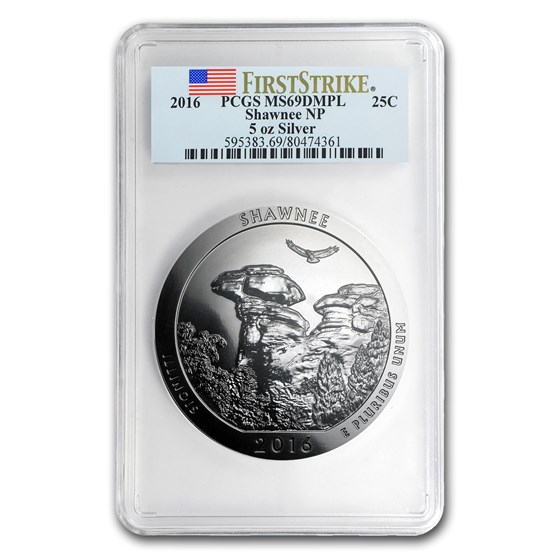 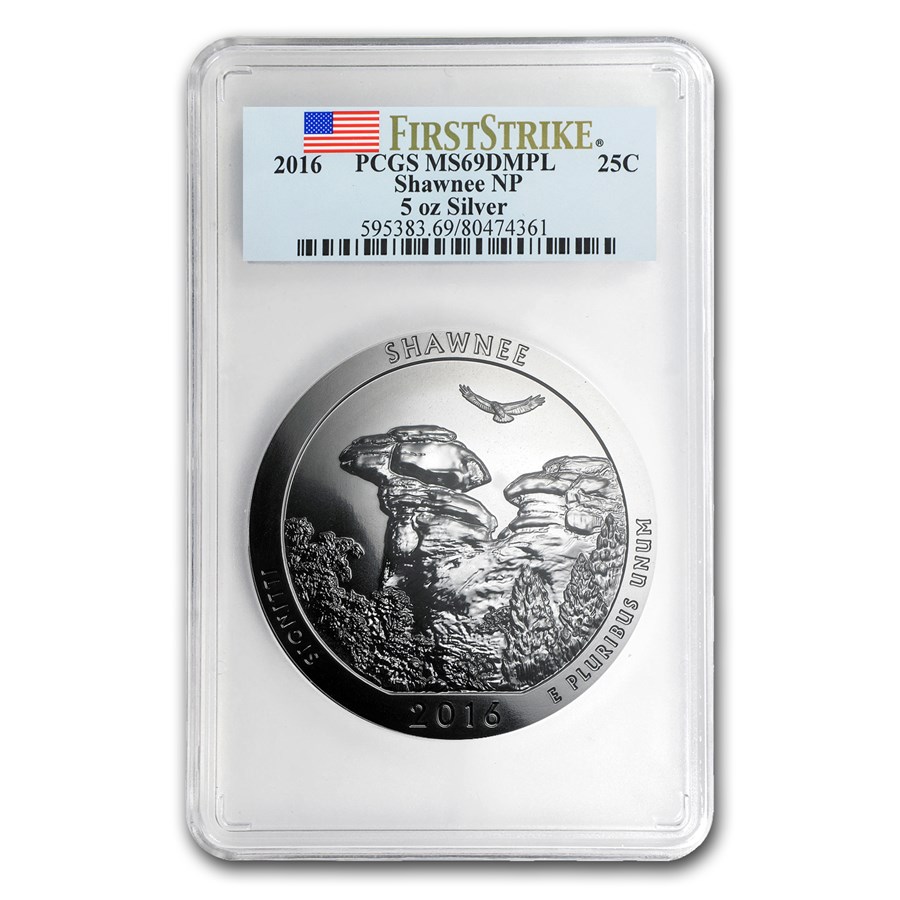 $32.37
As Low As
Product Details
Product Details
Shawnee National Forest is the first release in 2016 of the U.S. Mint's popular America the Beautiful series. This 5 oz Silver coin celebrates the natural beauty of southern Illinois. This coin is graded MS-69 DMPL (First Strike) by PCGS.