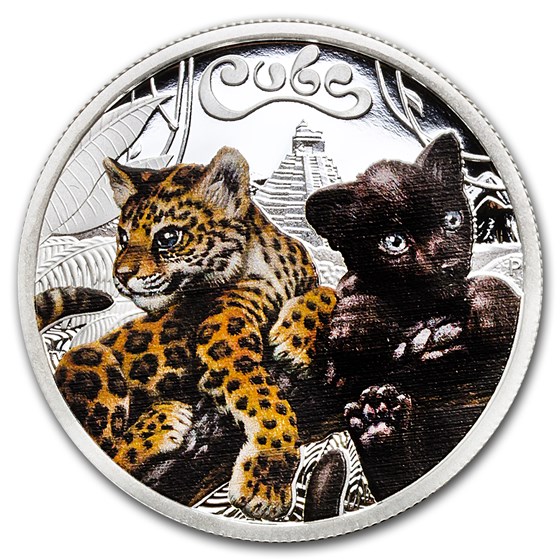 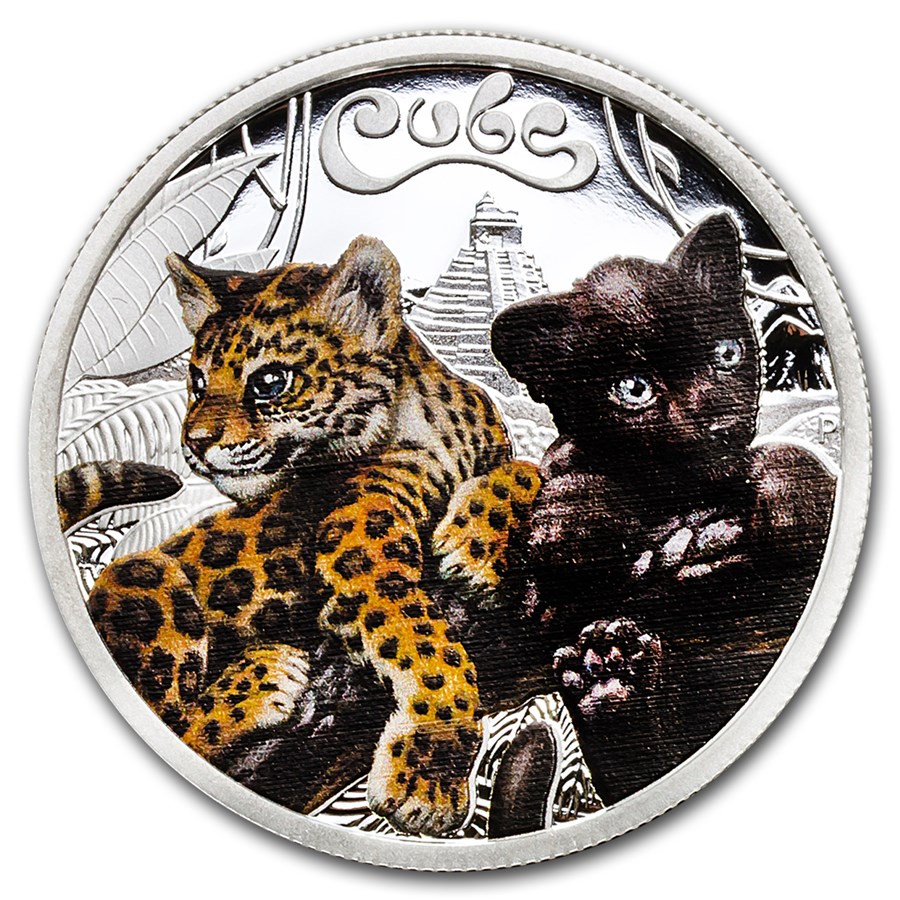 Your purchase is guaranteed to match the quality of the product shown. It will not be this exact item.
Product Details
Product Details
These Jaguar Cubs are the second release in an adorable series from the Perth Mint.

The jaguar is the third largest feline in the world after the tiger and the lion, and the largest in the Americas. Jaguars are spotted cats, similar in appearance to leopards. They are generally larger and more strongly built, with behaviors closer to that of the tiger.

This coin is a fantastic addition to any numismatic collection. Add this 1/2 oz Tiger Cubs coin to your cart today!

While dense rainforest is the jaguar’s preferred habitat, they can be found across a variety of forested and open terrains. The jaguar is strongly associated with water, and it often prefers to live by rivers and swamps, with thick cover for stalking prey.

Jaguar cubs are born with their eyelids sealed shut. After about two weeks, the young are able to see for the first time, and after six months, the cubs' mother will teach them how to hunt. When they are two years old, the cubs will leave their mother to live on their own.