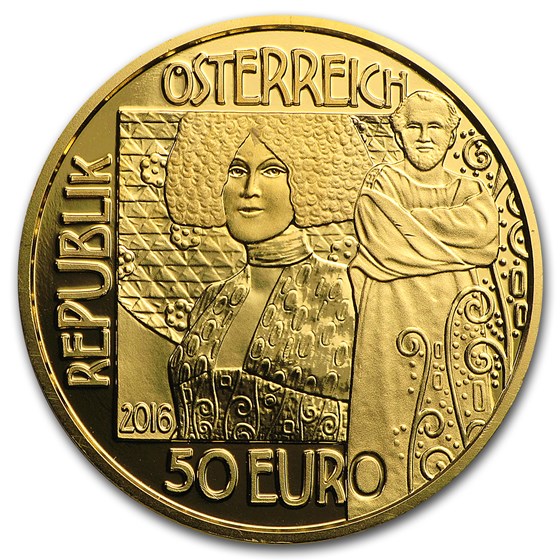 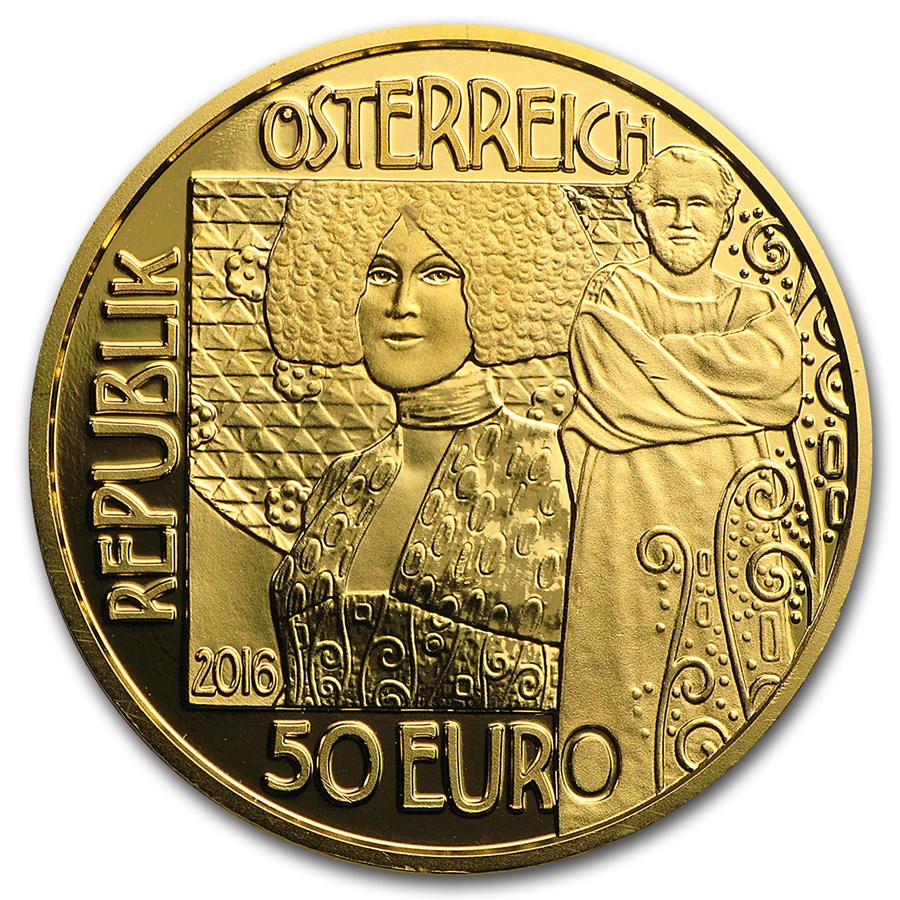 Product Details
Product Details
The fifth and final Gold coin in the “Klimt and His Women” series, this coin honors the internationally renowned painting, “The Kiss”.

Coin Highlights:
Give a gift that will truly last a lifetime. Add this 2016 Austria Gold Proof €50 Klimt Series: The Kiss coin to your cart today!

Many experts believe that the painting is of himself kissing Emilie. The depiction is open to a lot of interpretation. It does not appear to be a gentle embrace but rather a more aggressive assertion of male power over the woman. He is holding her head at a very precarious neck-breaking angle.

The very intimate and evocative portrayal was typical of Klimt, including the complex and intricate geometric patterns. Many of Klimt’s paintings were seen as scandalous and a bit of an affront to society. However, “The Kiss” was well received and bought very soon after its introduction to the art world.

Each of the coins in this Gold collection includes a different painting of a woman representing the five major phases of Klimt’s artistic career. Each coin also depicts a letter in his last name: K, L, I, M, and T. Now complete, the coins of the series spell the word ‘KLIMT’.