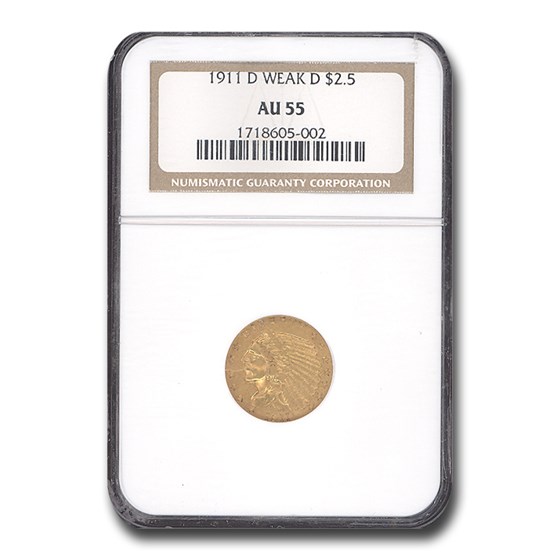 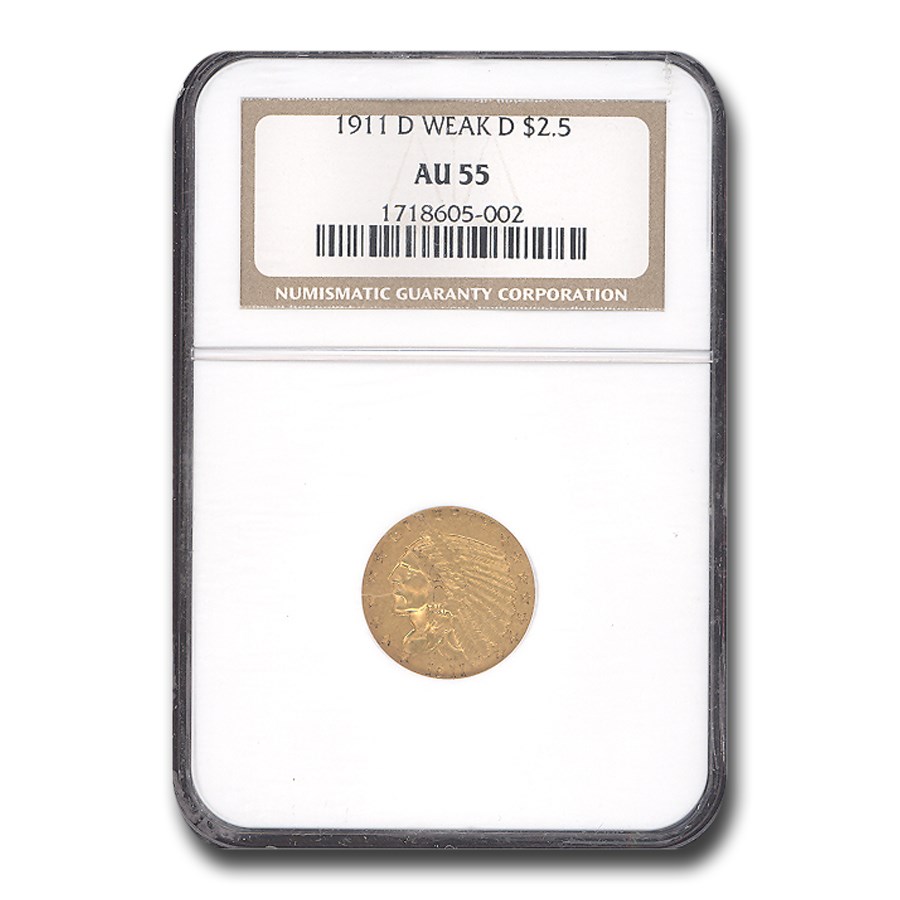 Protect your $2.50 Indian Gold Quarter Eagle in style by adding an attractive display box to your order.

The beautiful incuse (sunken relief) design of this coin retains the majority of its original luster adding to the collectibility of this series. Enhance your collection by adding this $2.50 Indian Gold Quarter Eagle to your cart today!

Indian quarter eagles were produced from 1908 through 1929. 15 different varieties were coined, the scarcest of which by far is the 1911-D, of which just 55,680 were minted, the only issue to be produced in a quantity of fewer than several hundred thousand pieces. Really choice Uncirculated Indian quarter eagles are hard to find, particularly among the earlier dates, for the nature of the design was such that even a small amount of handling tended to emphasize nicks and marks on the surface.