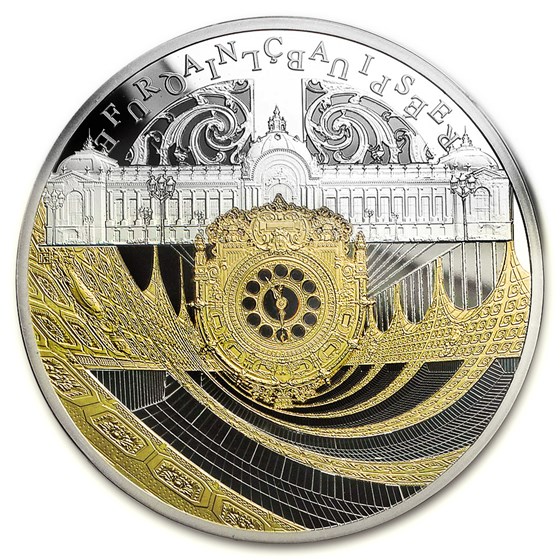 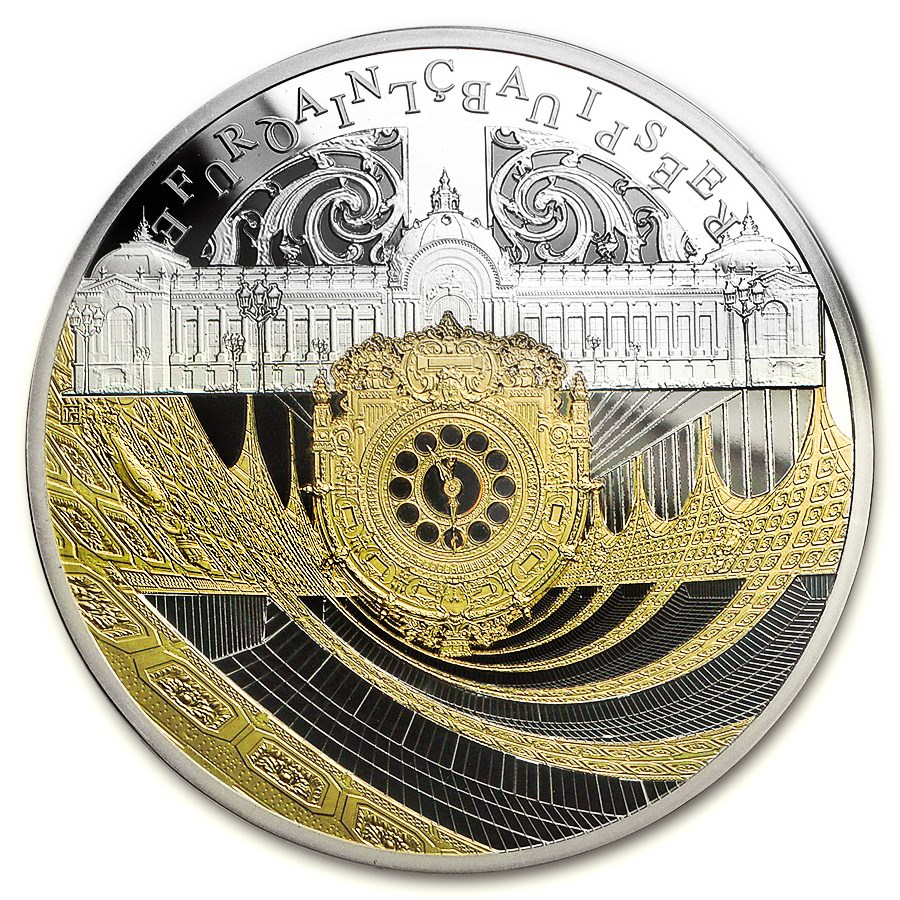 Your purchase will match the quality of the product shown.
Product Details
Product Details
Beautiful Gold details add intrigue to this impressive coin from the UNESCO series from Monnaie de Paris.

Coin Highlights:
This Silver coin would be a great addition to any collection or an ideal gift for a loved one. Add this 2016 5 oz Silver UNESCO Orsay and the Petit Palais coin to your cart today!

Orsay Museum:
The Musée d'Orsay is a national museum located in the 7th district of Paris, along the left bank of the Seine. Housed in the former train station built by Victor Laloux from 1898 to 1900, it was inaugurated on December 9, 1986. It was converted into a museum of the arts of the 19th century, following President of the Republic Valéry Giscard d ' Estain’s will. The building was reconfigured from 1983 to 1986 by architects Renaud Bardon, Pierre Colboc and Jean-Paul Philippon, winners of an architectural competition. The architects were later joined by Gae Aulenti. The transformation was mainly done using the nave as a main axis of the museum. This nave is valorized alongside with the monumental clock.

Its collections include Western art from 1848 to 1914, in all its diversity: painting, sculpture, decorative arts, graphic art, photography, architecture, etc. The museum has the largest collection of Impressionist works (440 paintings) and Post-Impressionist world, more than 900 paintings from a total of nearly 3300. It hosts masterpieces of painting and sculpture such as “Le Déjeuner sur l’herbe” and “Olympia” by Edouard Manet, a draught of “La Petite Danseuse de quatorze ans” by Degas, “L’Origine du monde”, “Un enterrement à Ornans”, “L’Atelier du peintre” by Courbet or five paintings from the Rouen cathedral series by Monet and the “Bal du moulin de la Galette by Renoir.

The Petit Palais:
Le Petit Palais is a historical monument in Paris, now used as a museum of fine arts. It was built for the Universal Exhibition of 1900 by architect Charles Girault. It is situated in the 8th district, on Winston Churchill Avenue, opposite to the Grand Palais.

Le Petit Palais is organized around a semicircular garden. The exhibition spaces are located on the first floor, the ground floor being devoted originally to offices and reserves. The facade is almost 150 meters long, centered by a monumental porch topped by a dome. Ionic columns in diagonal scrolls adorn the front and the semi-circular peristyle courtyard. The decor is complemented by numerous reliefs. Charles Girault designed spaces only lit by natural light, creating windows, transparent domes and large windows.

In 1902, the Petit Palais became "Palace of Fine Arts of the City of Paris" to host a permanent collection (from antiquity to the late nineteenth century, the twentieth century collections being located at the Palais de Tokyo) and temporary exhibitions: Dürer, Rembrandt, Baccarat, etc.