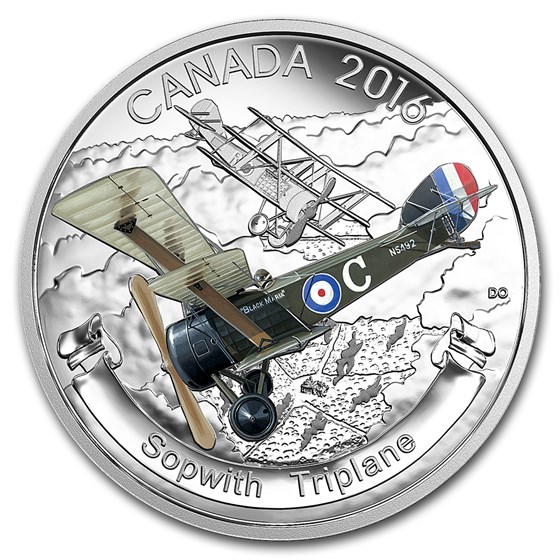 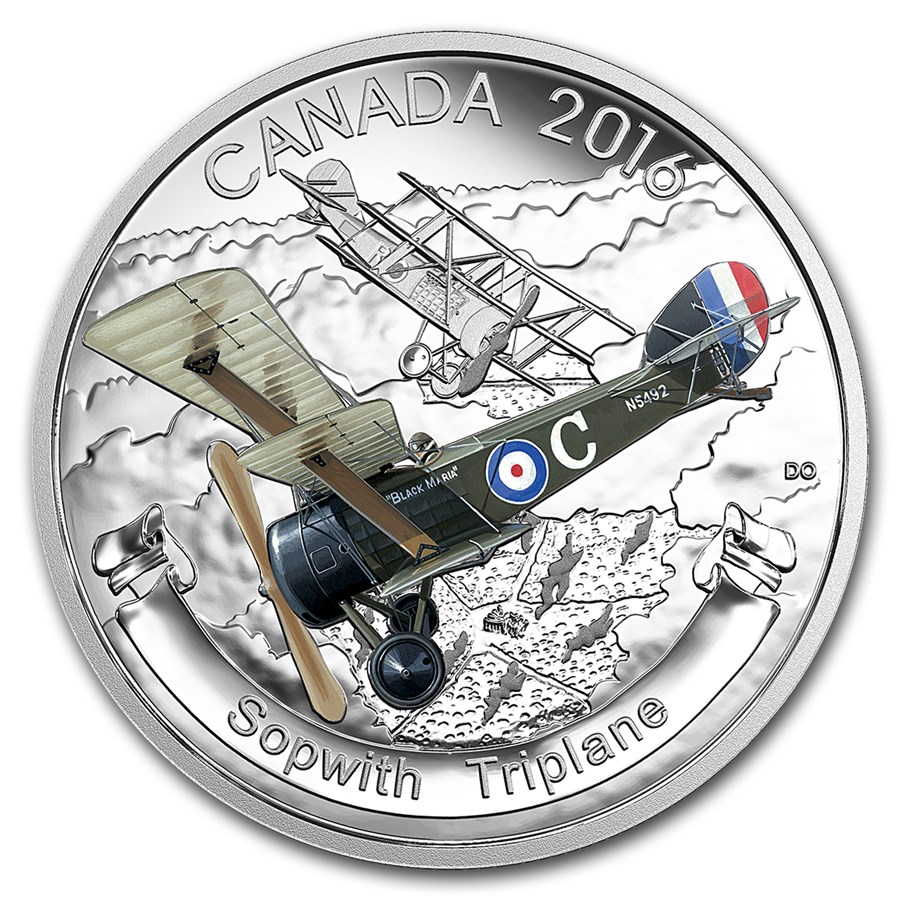 Your purchase will match the quality of the product shown.
Product Details
Product Details
Aircraft technology was barely a decade old when the First World War began in 1914, but the needs of warfare quickly fueled incredible advancements in aviation.

Second coin in an exciting new 3-coin series that shines the spotlight on aircraft flown by Canadian combatants during the First World War.

The use of selective color recreates the distinctive appearance of the Black Maria flown by Flt. Lt. Raymond Collishaw of Nanaimo, B.C., while at rear is the engraved depiction of the Black Roger flown by Flt. S. Lt. Ellis Vair Reid of Belleville, Ont. The Sopwith Triplane’s reputation for exceptional maneuverability is on display as the Black Maria completes a sharp turn; this allows for a closer view of the plane’s markings, wing construction, even its .303-caliber Vickers machine gun atop the fuselage. The parting of the clouds reveals the tragic devastation of the Ypres area below, where there is little left of the village of Passchendaele save for the ruins of its church and the road that curves through the blast-scarred fields.