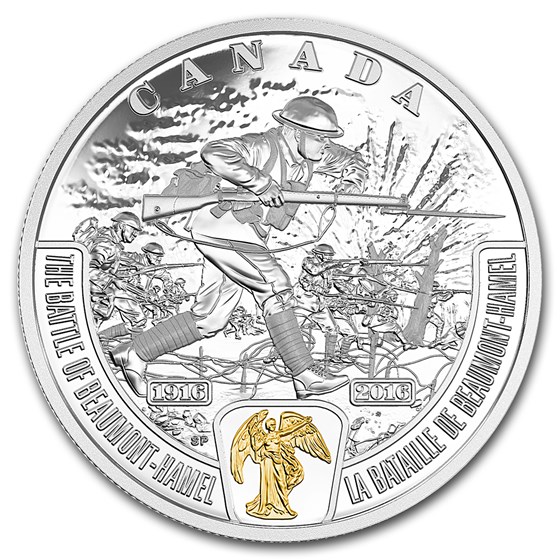 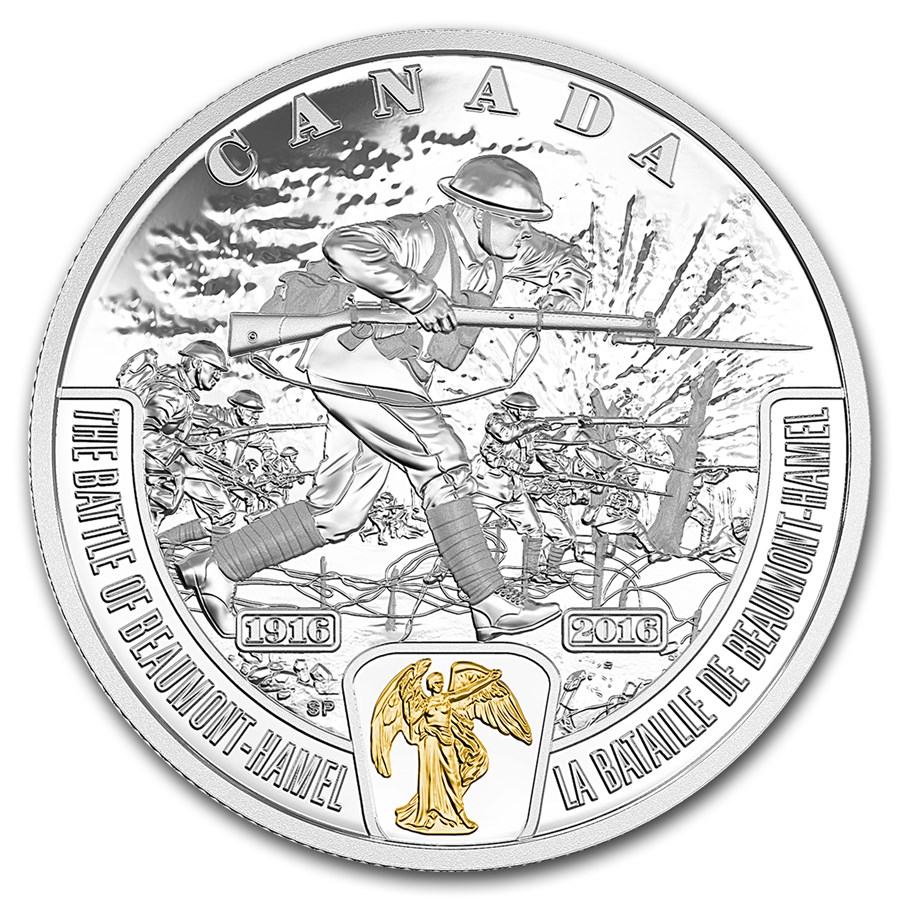 Product Details
Product Details
This coin is the third coin in the Royal Canadian Mint’s First World War series entitled Battlefront, which depicts Canada’s soldiers in action on the battlefields of Europe. The other two have sold out.

Selective Gold plating beautifully showcases the faithful recreation of the winged figure of Victory, as it appeared on the Victory Medal. This coin serves as a thoughtful addition to any military or history-themed collection and a meaningful gift for the loved ones and descendants of those who proudly served their country abroad.

The intensity of the artillery and machine gun fire that awaited the Newfoundlanders is evident throughout this intricately engraved scene, particularly in the foreground where the soldier assumes a slightly crouched stance while he courageously moves forward with his rifle and bayonet. In the background, the gnarled appearance of the “Danger Tree” is particularly symbolic as its remnants marked the spot where the Newfoundlanders would face the most intense fire, and where so many of them would fall. Selective Gold plating showcases the winged figure of “Victory” as it appeared on the Victory Medal, which was awarded to the allied soldiers of the First World War.