The Royal Canadian Mint got its start in 1908, corresponding with an era of expanding Gold production in the Yukon and British Columbia. A refinery was needed to perform the complex chemical work of bringing raw, recently mined Gold up to coinage standards without shipping it back to the United Kingdom.

The Canadian Mint's original refinery in Ottawa was opened under the watchful eye of the Governor General Earl Grey on January 2, 1911. Under his direction, the mint struck Canada’s first domestically produced coin, a 50¢ piece. The Countess Grey closed the ceremony by striking Canada's first bronze cent.

In 2001, the Royal Canadian Mint became the first mint in the world to use laser technology in its manufacturing process. The molten pattern is recorded by a scanner and catalogued. That way, every coin can be traced to the exact day it was struck and the die with which it was struck. 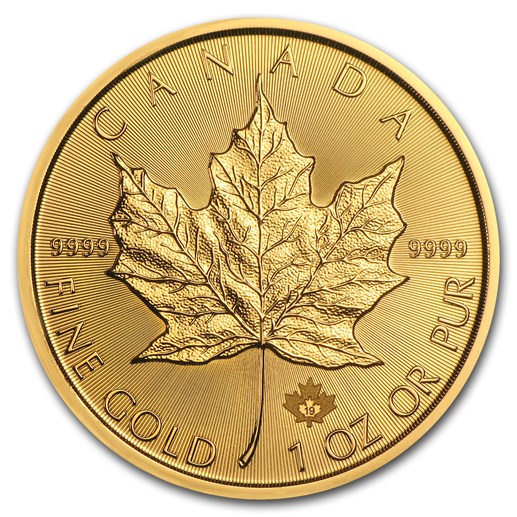 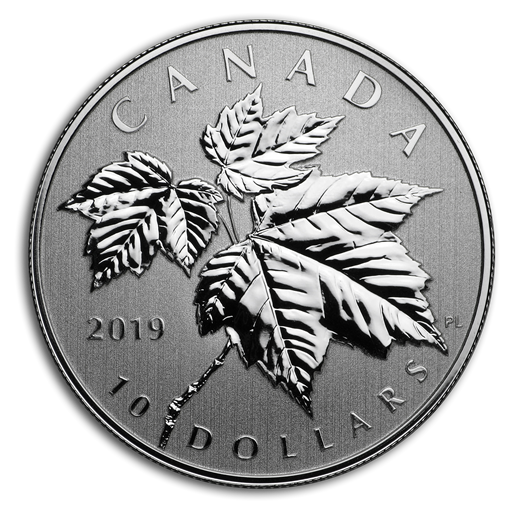 The Royal Canadian Mint is a longstanding producer of incredible Gold coins and Silver coins. Canadian coins’ value stands out among competitors from around the world. Some of the RCM’s most well-known coins include the Gold and Silver Maple Leafs, featuring the iconic single maple leaf design.

One series the Royal Canadian Mint produces that outshines many mints is the .99999 fine Gold Series, which contains a higher purity of Gold than many mints produce. Lunar designs are popular with mints around the world, and the Royal Canadian Mint produces their own Gold and Silver Lunar series each year. Additionally, Platinum Maple Leafs and Palladium Maple Leafs open the mint to different levels of collector and investor. Read More

Thanks to micro-engraved radial lines on both its obverse and reverse sides, the Maple Leaf is one of the most sophisticated coins in the world. The radial lines, featured on the Gold, Silver, Platinum and Palladium coins, make the bullion extremely difficult to replicate and therefore almost impossible to counterfeit.

As the Royal Canadian Mint’s flagship series, the Maple Leaf coins, produced in Gold, Silver, Platinum and Palladium, showcase the signature maple leaf so closely associated with Canadian patriotism and reflective of Canadian pride. The design has remained unchanged since its first release, though there have been additions for anti-counterfeiting purposes. The Maple Leaf coin is recognized and truly treasured around the world. 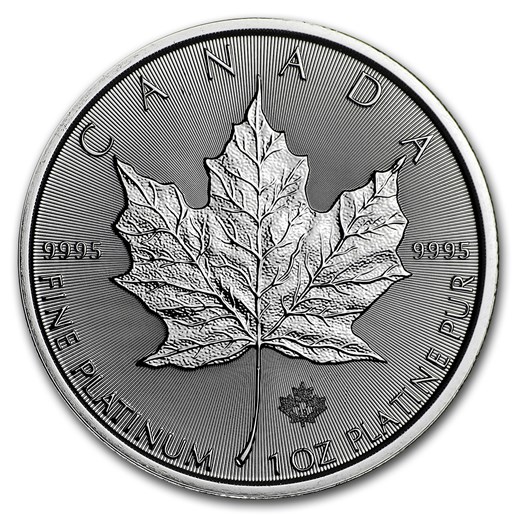 The Royal Canadian Mint consistently produces coins recognized as the pinnacle of commitment to the highest standards of minting. Many collectors consider each coin to be an individual, unique work of art. Coins are produced either by automatic or manual presses. These two types of presses serve different, but equally important purposes:

Automatic presses are mainly used to strike coins made of non-Precious Metals, like nickel or copper. The dies strike an average of 2,000-5,000 hits before they are changed.

While the Ottawa Mint produces most of the Royal Canadian Mint’s collector coins, the Winnipeg Mint oversees the majority of its currency coinage. It houses some of the industry’s most technologically advanced processes and equipment and can produce up to 15 million plated coins each day for Canadian and foreign circulation.

A longstanding history of producing Gold and Silver means the Royal Canadian Mint is a steadfast presence in the Precious Metals industry. Its prestige is matched only by the purity of its coinage. Read Less