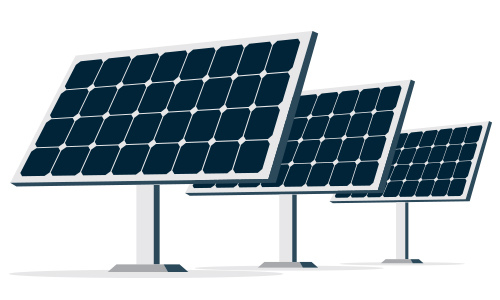 A Silver paste is a critical element in both photovoltaic cells and crystalline silicon photovoltaic cells. Due to the crucial importance of humankind pursuing more sustainable, non-fossil fuel-based energy sources, the future of solar cell production and the implementation of solar power is bright.

HOW DOES A SOLAR PANEL WORK?
When sunlight shines on a silicon cell it generates electrons. The solar PV cell contains a Silver paste that collects these electrons which form an electrical current. Silver, with its great conductivity, helps guide the gathered electricity out of the cell so it can be used or stored for later. The great electrical resistivity of Silver increases how much sunlight it may capture, how much energy conduct it may conduct, and the total power that is ultimately collected in a solar cell. This fact means that any possible Silver substitutes, like Copper or nickel phosphide, are totally inferior to Silver for use in solar panels. Without Silver, solar panels could not turn sunlight into usable energy with the same efficiency, and when one is making electricity out of thin air, efficiency counts for a lot.

HOW MUCH SILVER DOES A SOLAR PANEL USE?
The average solar panel uses about 20 grams of Silver. That doesn’t sound like much, but we must think about volume and proportion. Silver’s cost contributes to the price of solar panels disproportionally when compared to virtually any other technological application. The average cell phone, for example, contains just 200 to 300 milligrams of Silver and an average computer holds about 1 gram of Silver.

HOW MUCH SILVER IS USED BY THE SOLAR INDUSTRY?
Industry experts foresee massive growth in solar demand. Some experts believe that yearly consumption of Silver for solar PV cells could nearly double in the future.