The United States Mint has manufactured a range of products, including Gold coins and Silver coins, since its founding with the Coinage Act of 1792, and more recently began producing Platinum coins and Palladium coins as well. The value of these coins depends on their purity as well as numismatic factors like year, artwork and historical significance.

Between 1838 and 1933, the U.S. Mint produced Gold coinage used as legal tender. The Gold Reserve Act of 1934 removed Gold from circulation in the United States and made it illegal to own most Gold bullion. Similarly, President Lyndon Johnson approved the Coinage Act of 1965, removing Silver from circulating dimes and quarters and reducing the purity of half dollars from 90% to 40%. All Silver was removed from circulating half dollars starting in 1971. It wasn’t until the introduction of the American Eagle series in 1986 that the U.S. Mint again produced Gold and Silver coins, though not for circulation.

The United States Mint is one of the world’s most respected producers of Precious Metals products. They produce both coins used in circulation throughout the United States and collectible items not intended for circulation. They also store Precious Metal bullion for the country as a whole. To accomplish these monumental tasks essential to the country’s economy, the U.S. Mint has five locations: 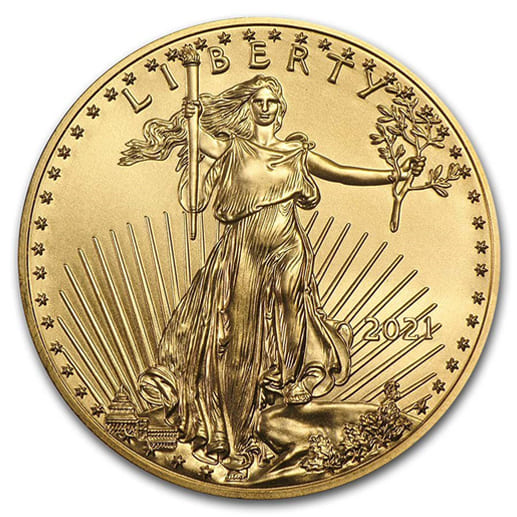 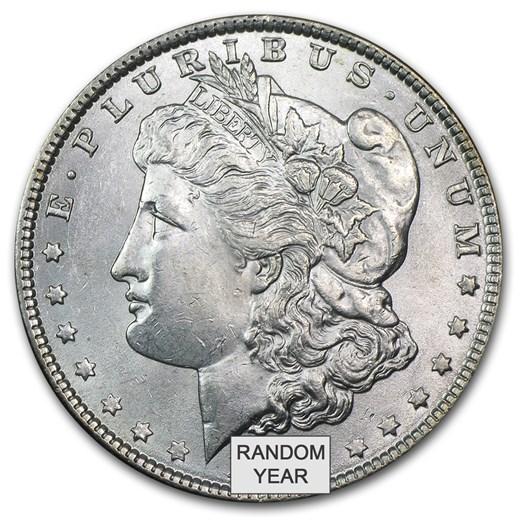 Backed by the United States government and more than two centuries of production, the U.S. Mint is one of the most well-established producers of Precious Metals products. U.S. Gold, Silver, Platinum and Palladium coins are widely recognized as solid investments around the world.

The most well-known U.S. Mint products are the Gold and Silver Eagles, but they also produce Platinum Eagles and in 2017 added Palladium Eagles to their illustrious lineup. Gold Buffalos and Silver America the Beautiful coins offer a variety of options for Precious Metals buyers. As a mint with such a long history, they also produce numerous Gold and Silver Commemoratives each year, celebrating people, places and events important to the history of the United States. Read More

Since its initial minting in 1986, the most popular U.S. Gold coin has been the highly valued Gold American Eagle, but that is not to say Gold Buffalos, Silver Dollars, Platinum American Eagles or Silver Eagles do not have avid collectors. Beyond their value and purity, U.S. coins are also valued for their versatility: Gold and Platinum coins from the U.S. Mint are available as small as 1/10 oz and as large as 1 oz.

As collectors decide whether they should buy Gold U.S. coins, buy Silver U.S. coins or buy Platinum U.S. coins and in which size, it is important to point out the larger coins generally have a lower premium per troy ounce of Precious Metal content. Read Less

When the United States Mint decided to introduce a Silver bullion coin to the market, they took a page from history and reimagined a beloved design first seen on the 1916 Walking Liberty Half Dollar. The Gold Eagle, launched the same year, had a similar beginning, taking its design from the 1907 $20 Saint-Gaudens Double Eagle. These two coins are now among the most popular bullion coins in the world and are just part of a vast assortment of products from the U.S. Mint. 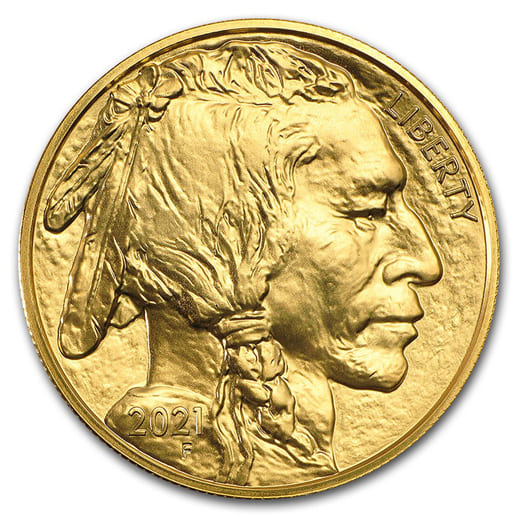 Producing Gold coins and Silver coins, among other Precious Metals products, has been the responsibility of the U.S. Mint as long as it has been in existence. In 1792, minting coins wasn’t nearly as efficient of a process as it is today. Here is a brief history of different U.S. Mint production techniques.

Screw Press: Metals were heated to the proper smelting temperature and flattened into sheets by passing them through rollers multiple times. Coin blanks, known as planchets, were punched out of the sheets then fed into the large screw press that held the die stamps. Harnessed horses were used to drive the machinery and press the die into the blank coin.

Steam-powered Press: While metals still had to be smelted, pressed and punched, the steam-powered press increased the amount of coins that could be produced and also ensured fewer errors.

Modern Minting: Electricity dramatically increased the speed at which metals could be weighed and coins could be produced. The U.S. Mint could manufacture more than 75 million coins in 24 hours.

Current Process: Metals arrive in coils 1,500 feet long. Planchets go through a series of preparation processes where they are softened then cooled, washed then dried, their rims are raised and they are pressed into coins. Throughout the process, the mint uses scanners and scales to ensure all coins will have the proper purity.