Which Quarters are Silver?

If you are looking to acquire Silver in the form of U.S. quarters, you need to look for quarters minted in 1964 or earlier. These coins were struck in 90% Silver and have a melt value today just above $3. Silver quarters, like all 90% Silver U.S. coins, are sometimes referred to as “junk Silver,” but do not be put off by this term. Junk Silver can be an excellent way to begin investing in Silver, as these coins are available, accessible and their metal content gives them a considerable melt value. 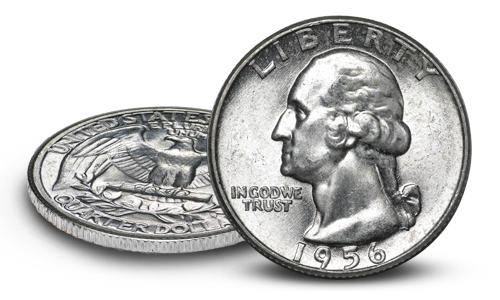 Determining if a given quarter is a 90% Silver quarter is simple. Just look for:

For collectors, there are some quarters with Silver numismatic value, but Silver investors’ primary interest in Silver quarters will be as Junk Silver, based on their metal content. While any savvy buyer must know the basics of Junk Silver and what year quarters are Silver, knowing that APMEX has every buyer covered makes buying Junk Silver fun. Acquiring 90% Silver Washington quarters is easy when you shop with APMEX. 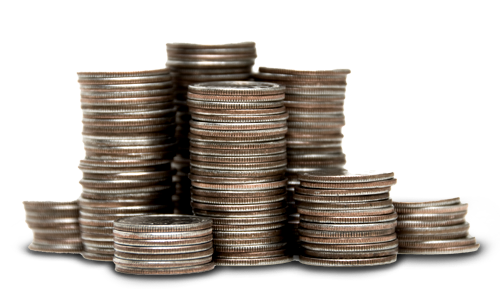 The U.S. Mint used Silver in quarters from 1796 until 1964. While you can still find rare quarters produced prior to 1932 that contain Silver, the series most commonly found today is the Washington Quarter. Featuring a heraldic eagle clutching arrows and an olive branch as the reverse image, these quarters contain 90% Silver and 10% Copper. This equates to a total of 0.180848 ounces of Silver in each coin.

Minted from 1932 to 1964, the Washington Silver Quarters will vary in collectible value depending on the production year and mint location. During 32 years of production, there were several periods when certain mints did not strike any quarters that contained Silver. For example, the San Francisco Mint produced no quarters from 1934 to 1949, and none at all were issued in 1933.