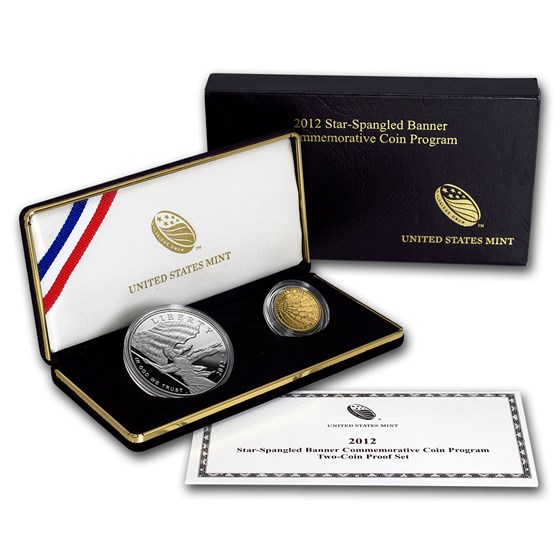 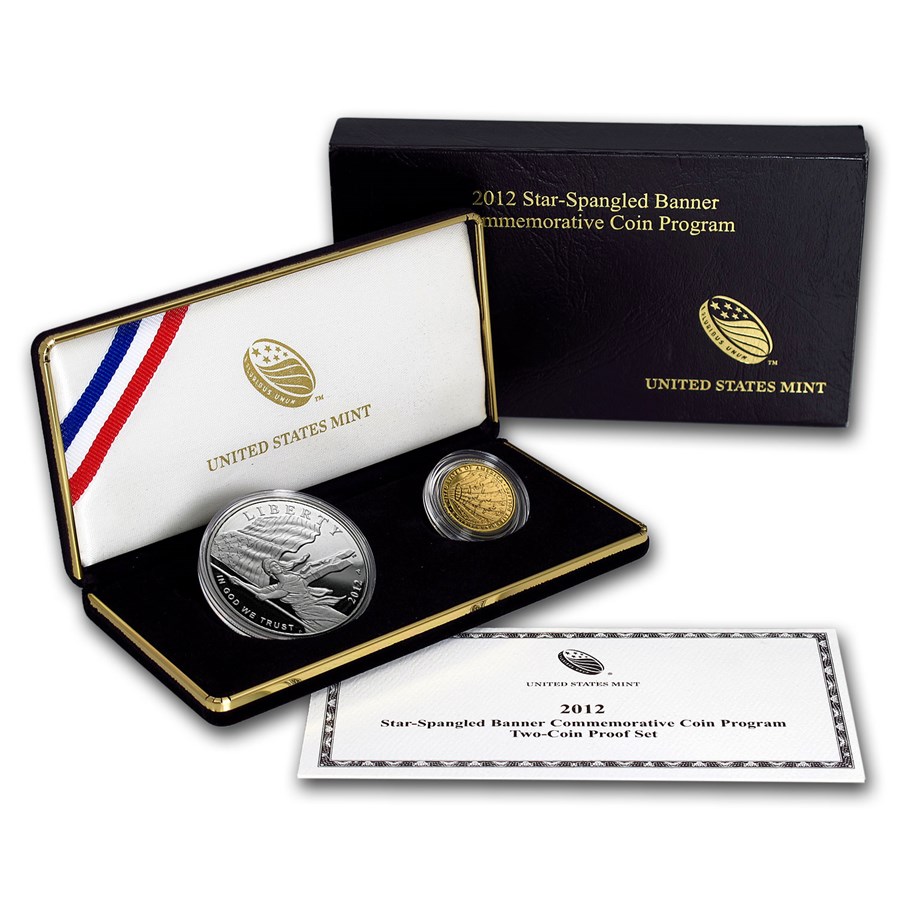 Product Details
Product Details
This set contains the Silver dollar and five dollar Gold coin, issued to commemorate the 200th anniversary of the writing of the Star Spangled Banner, by Francis Scott Key.