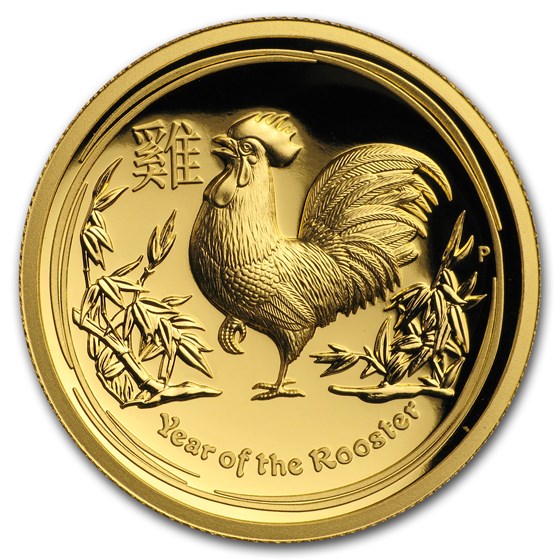 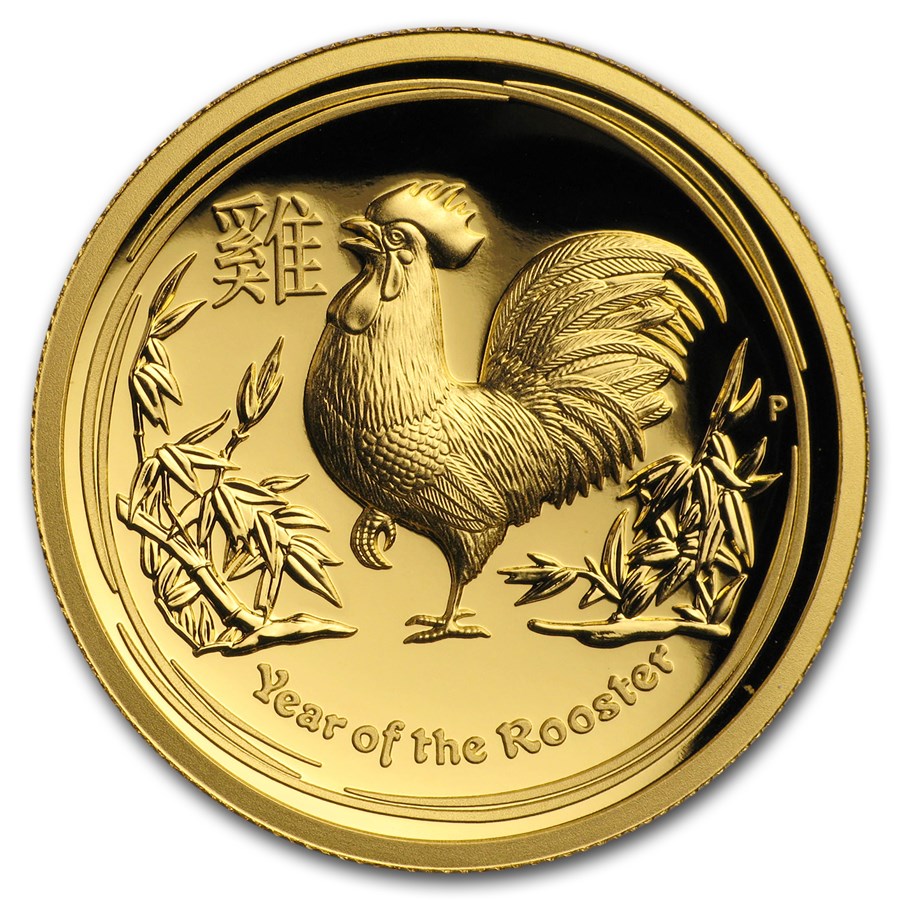 Product Details
Product Details
APMEXclusive® This beautiful High Relief Gold Lunar coin celebrates the Year of the Rooster and has an extremely limited mintage of just 388 coins. The sunken background and raised relief provide added beauty to the unique design.

The star of each year's Perth lunar collection, these coins have been very popular amongst collectors each year due to the limited supply and remarkable designs.

Update your lunar set by adding this stunning 1 oz Year of the Rooster Gold High Relief Proof coin to your cart today!

Perth Mint's Australian Lunar Series II collection epitomizes the rich tradition of minting spectacular bullion coins by portraying Chinese themes. The reverse design changes each year based on the Chinese lunar calendar, and the 2017 reverse celebrates the Year of the Rooster. The birth dates for people born in the Lunar Year of the Rooster include 1921, 1933, 1945, 1957, 1969, 1981, 1993, 2005 and 2017. Those born in these years are said to be hardworking, loyal, honest and sociable.

First the package, box and case are top notch. Second, the deep mirror finish is second to none. But the premium is up to 400 over spot I've seen in the past so not cheap.

I'm determined to buy every high relief gold coin in the series. I almost bought a sexond rooster, but decided to get the 225th anniversary coin from the US Mint. I'll still probably get a second rooster anyway.