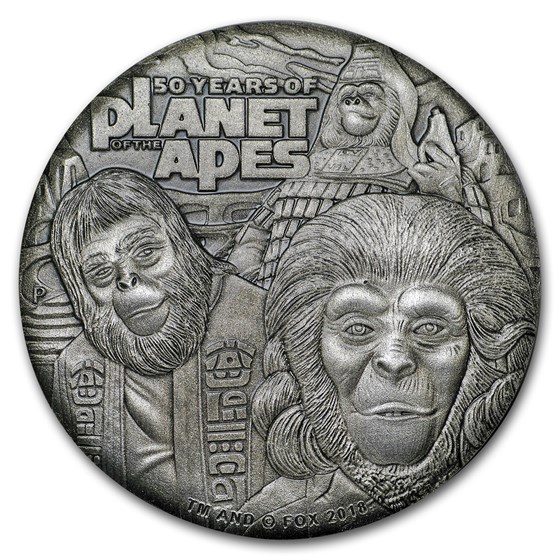 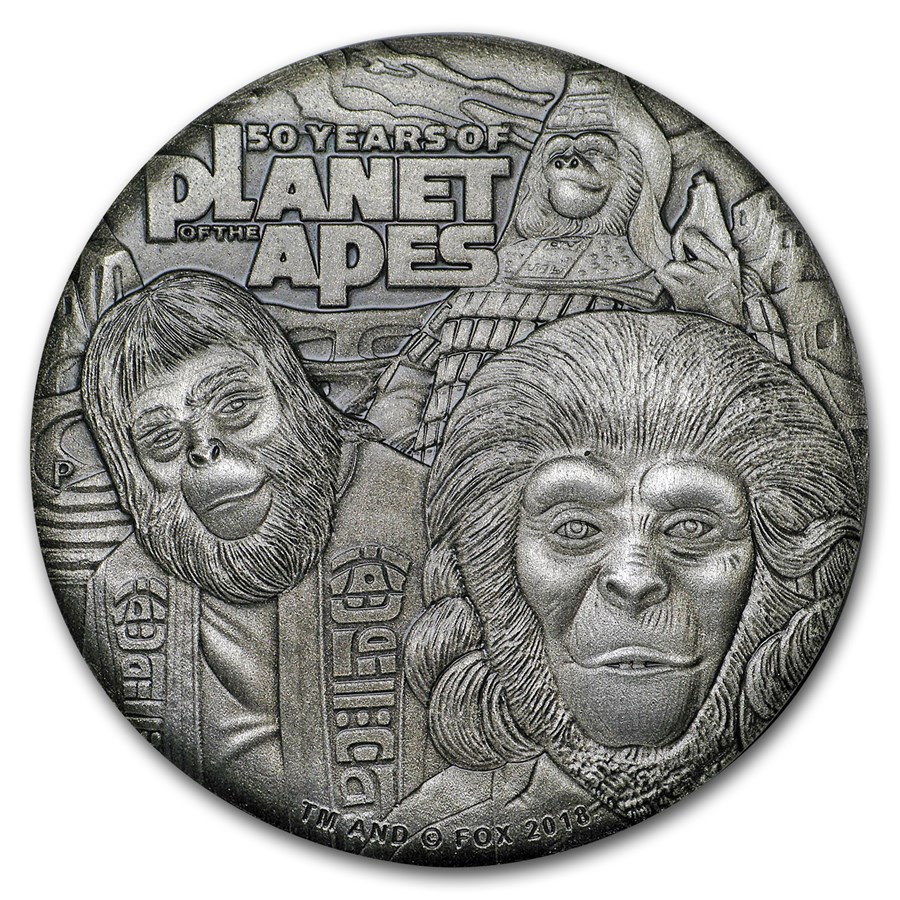 Product Details
Product Details
To celebrate the 50th Anniversary of the release of Planet of the Apes, the Perth Mint is excited to release this nostalgic 2 oz Silver proof coin now with an antiqued finish.

The coin has been individually "antiqued" to give it a unique finish conveying the surface abrasions of an ancient artifact. As a result of this treatment the appearance of each coin may vary.

Order this 2018 Planet of the Apes antiqued coin today!

Released in 1968, Planet of the Apes is a ground-breaking movie which, in the tradition of great science fiction, reflects, conflicts and questions our own society. The film tells the story of an astronaut crew which crash-lands on a dystopian planet in the year 3978, about two millennia after their departure on a near light-speed voyage. In a desolate landscape, the surviving crew members, led by Taylor (played by the late Hollywood star Charlton Heston), discover a society in which apes are the dominant species with human-like intelligence and speech. Organized in a strict caste system, the apes treat humans like vermin who are hunted to be killed, enslaved or used for experiments.