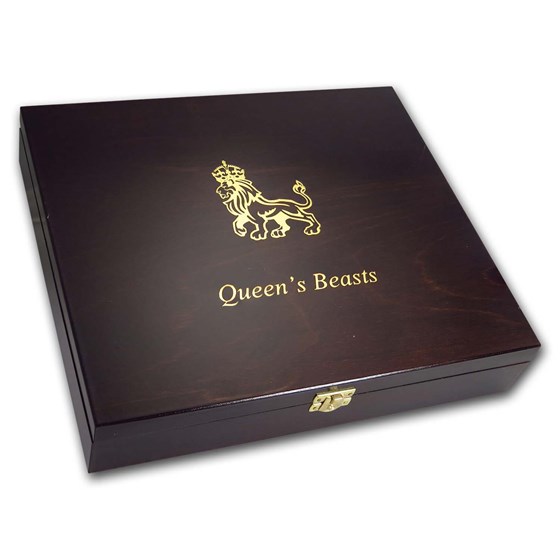 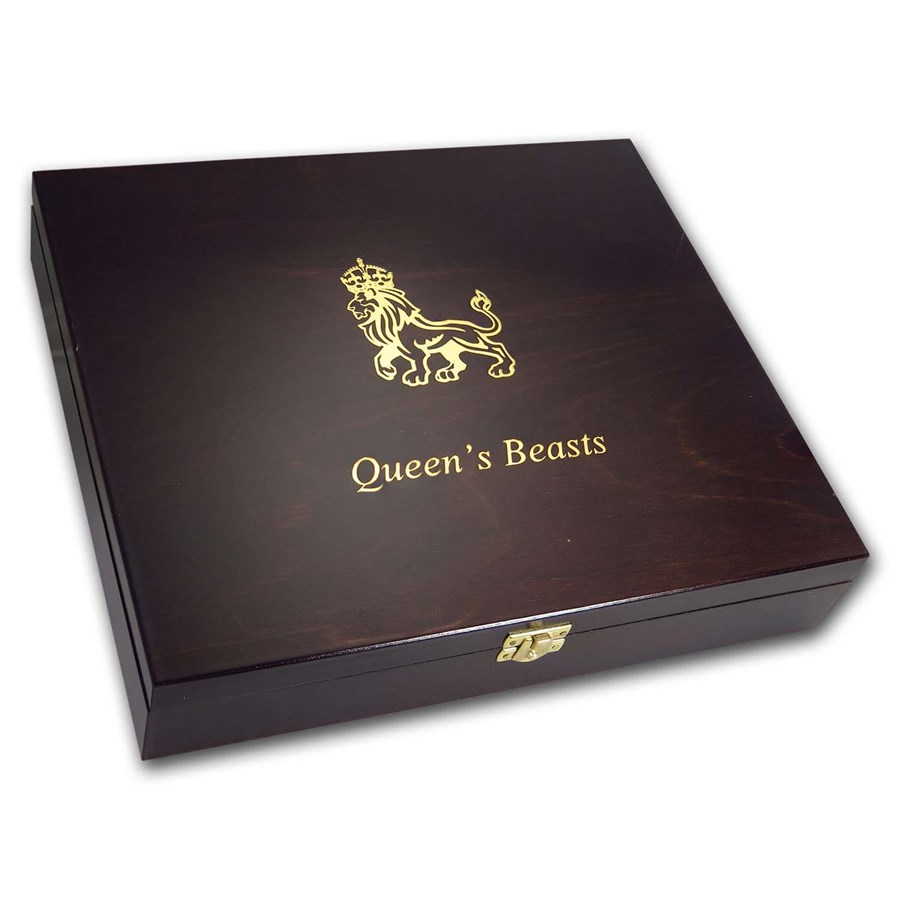 This box is beautiful inside and out. I ordered it to place 10 10 ounce silver coins in to show off when needed. I placed top shelf in and they fit nicely. However when I closed box to put away all the coins inside sounded like PLINKO. The coins fit snugly just not enough to upright the box.

This custom case for the 10oz beasts is perfect to hold the set in. The only detraction is I have added some pads to keep the coins from slipping out of their recesses if you tip this box on its side. I wish it came in a fitted cardboard box for storage and to protect it, but this is a great display box, especially for the price.

WORTH THE MONEY FOLKS!!!!

I recieved this box and was blown away!!!! This box was perfect. alot better than my tupperware box LOL. Thanks APMEX for another homerun in service and quality :)

It’s a very nice box, but I do agree that the fit could’ve been better. So far the 4 coins available in 10 oz have a bit of space that will allow them to move around a bit. The box itself is high quality and very attractive.

It's a heavily constructed best way to store the 10oz beasts. Agree with the other comments that the coins can come out and there needs to be padding added if you store this on its side. But not a big issue to add as I used a couple sheets of cell packing, so this is an impressive storage/display box for the price.

Coins dont fit in snug. you have to put padding in between the shelves and on top or coins will come loose and roll around. not impressed but its the only box out there.

Very very nice THE perfect way to collect and display these awesome coins.

Awesome box for the 10 oz beasts

Can’t wait to fill this up