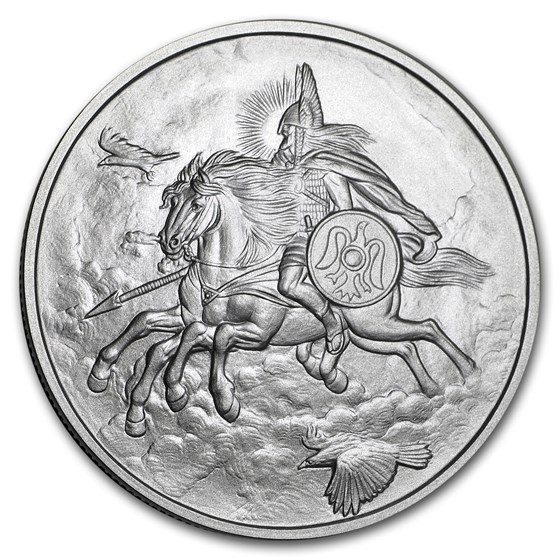 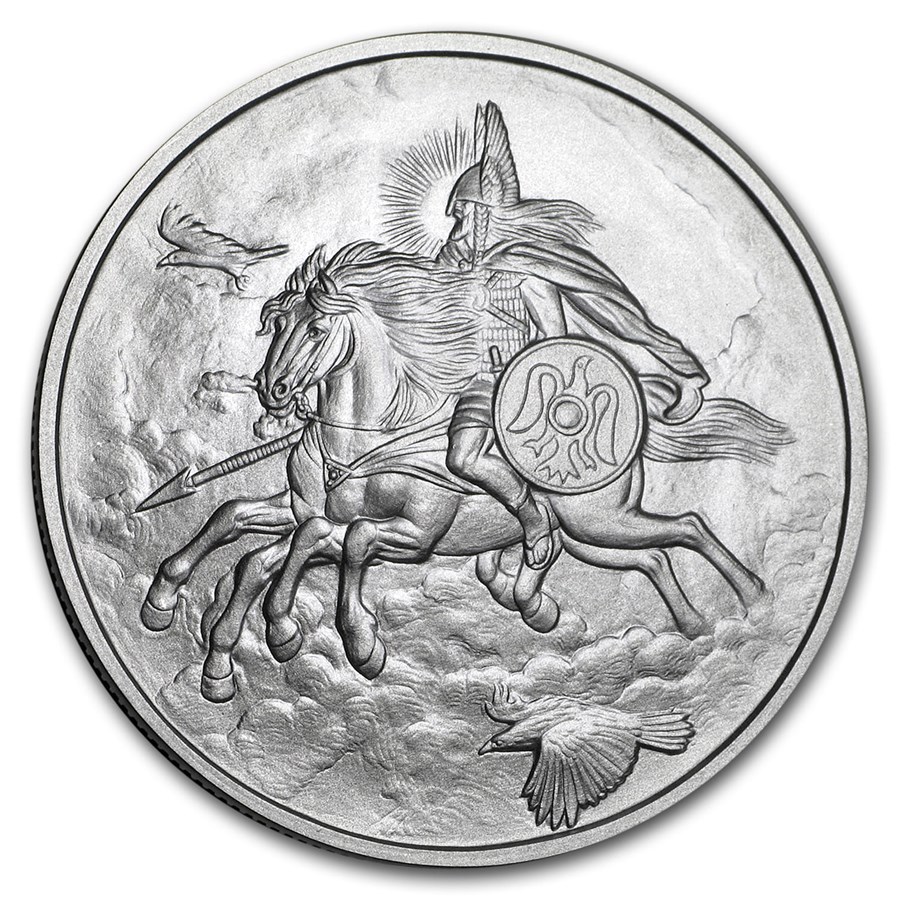 Your purchase will match the quality of the product shown.
Product Details
Product Details
Nordic Creatures features the artwork of world-renowned Artist and Illustrator Howard David Johnson and has a mintage of 10,000 rounds worldwide. His realistic illustrations are forever captured in this Silver coin.

Round Highlights:
Protect your round in style by adding a high-quality presentation box to your order.

This is Silver round would be great for any collector. Add this 1 oz Nordic Creatures: Odin’s Steed Sleipnir BU round to your cart today!

The legend and origin of the eight-legged steed is as follows: One day a stone mason came to Asgard offering to build a great wall to keep out Frost Giants and Mountain Giants. For reward he wanted marriage to Freya and the sun and moon. This was conditional that it be completed in one winter and that the builder be able to use his stallion Svadilfari. The bargain was struck by oaths through Loki. Nearing completion of the wall, the gods held council and threatened Loki to contrive a means to stop the builder (who was actually a giant). That evening a mare ran out of the woods exciting the stallion who ran after her. They ran all night, and the mason could not complete the wall in time without his stallion. Sometime after, Loki reappeared from the woods leading an eight-legged gray colt that he had mothered. Sleipnir was the ultimate horse amongst gods and men. He was so swift and ran like the wind over land, sea and sky. Odin claimed him as his war horse and rode him throughout the nine Norse worlds.