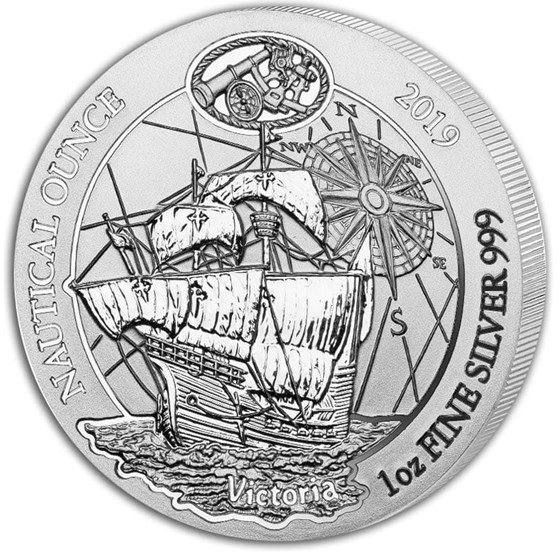 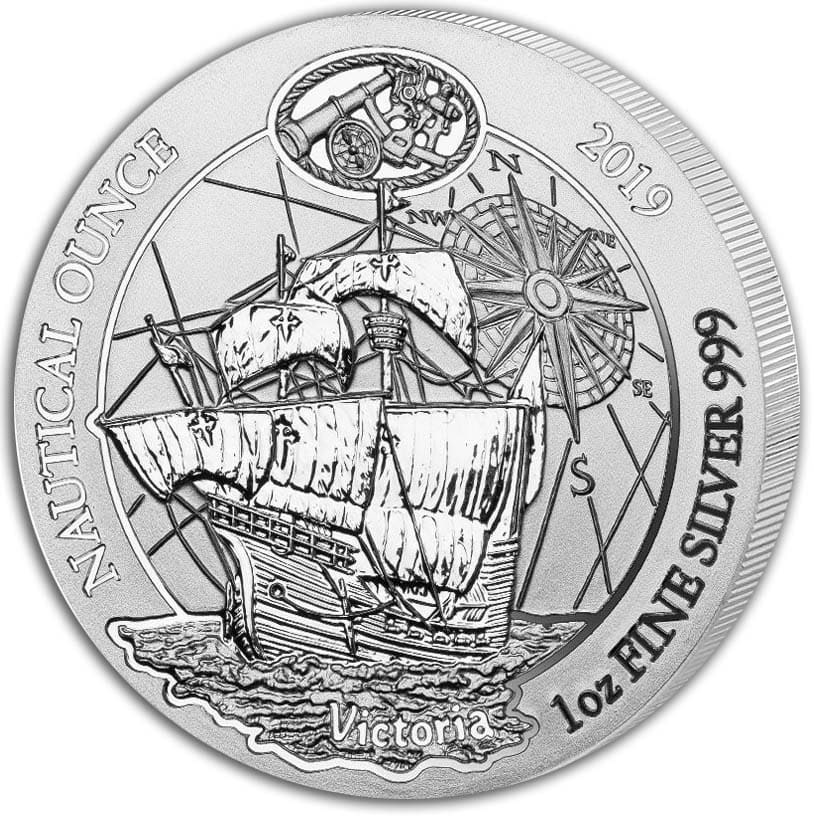 Product Details
Product Details
Continuing the great success of the Nautical Ounce series, the 2019 release commemorates the 500th anniversary of the Spanish carrack 'Victoria'. The 'Victoria' was commanded by Ferdinand Magellan and the first ship to circumnavigate the world.

This is the perfect coin for growing any Silver collection. Add this 1 oz Silver Rwanda Nautical Ounce Victoria coin to your cart today!

The Victoria was built by the Basques, one of the most reputed shipbuilders at the time, at the shipyard in the Spanish city of Ondarroa. The ship was named after Santa Maria de la Victoria de Triana, the church where Magellan took an oath of allegiance to the Spanish King, Charles V.

The Rwanda Nautical Ounce series has been incredibly popular with intricate designs and a history of premium appreciation. Each Silver coin in this series will only struck within a strictly limited minting period (April 2019- March 2020), making each coin exclusive and ensuring low mintages. Final mintage numbers are currently unknown.

I like boat coins, and this one is among the best of them. Both coins were in perfect condition, and would pass for a Reverse Proof. The Rwanda coins all have the same type of art work. Very different from any other coin you will ever find. I’m not sure if I really like it, but all the coins, from all their different series keep gaining value at a vary good pace. So I’ll keep buying them, good investment