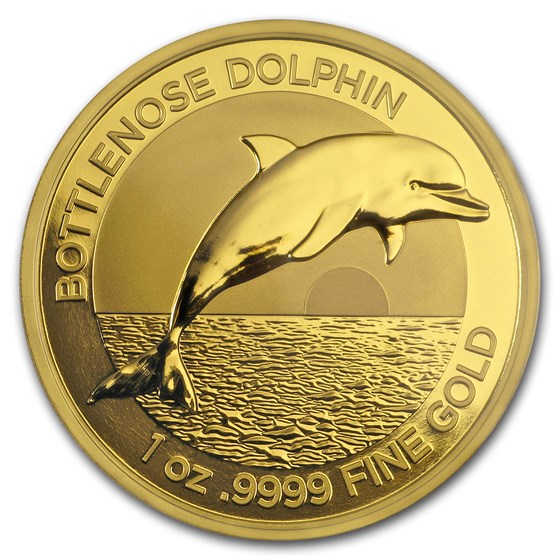 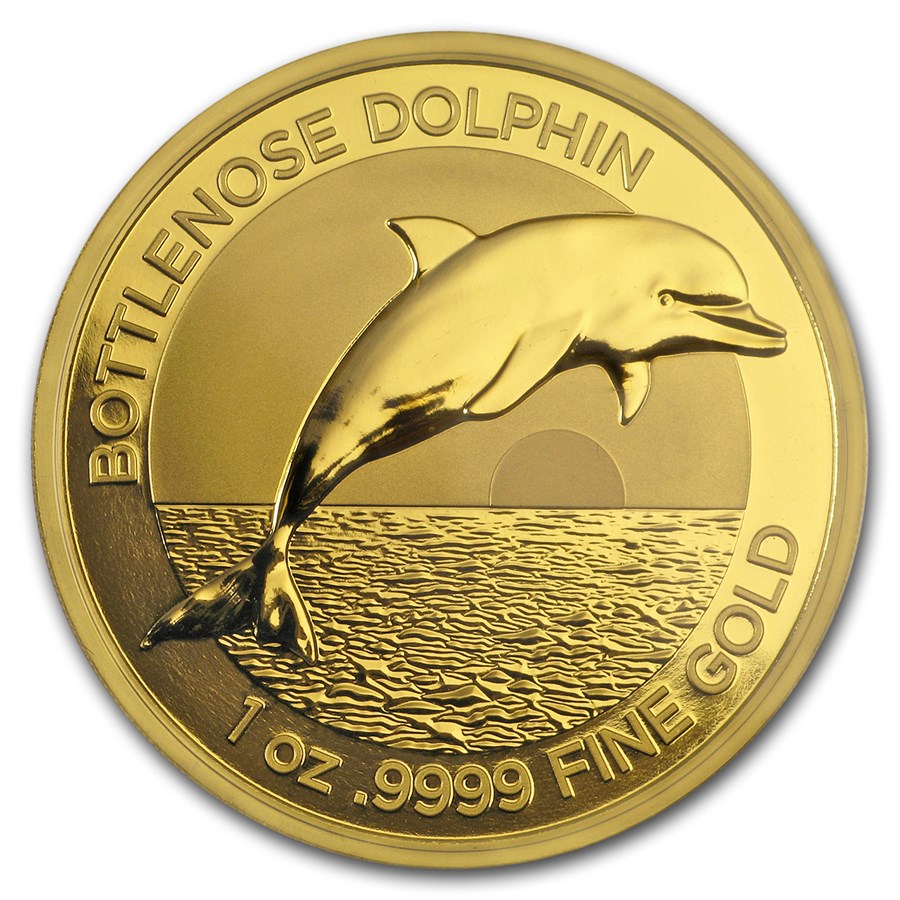 Your purchase is guaranteed to match the quality of the product shown. It will not be this exact item.
Product Details
Product Details
This .9999 fine Gold coin is the first release of the Dolphin bullion coin produced by Royal Australian Mint. This APMEXclusive® coin has a limited mintage of 250 coins worldwide, and each comes with its own numbered certificate and display box.

Coin Highlights:
This 2019 Gold Dolphin coin would be a great addition to any bullion collection. Don't miss your opportunity to add the 2019 1 oz Gold Dolphin BU coin to your cart today!

In various cultures, the Dolphin symbolizes happiness, power and protection. The bottlenose dolphin is known for its high intelligence and charisma. Its outward appearance appears friendly with its curved mouth, giving the appearance of a permanent smile. Usually located in warm, tropical oceans, the bottlenose dolphin tends to live in groups, and they have been found to remember individual dolphins even after being apart for 20 years. The dolphin is also a highly emotionally intelligent creature, and has the second largest encephalization levels of any mammal on the planet, meaning its brain-to-body mass ratio is one of the highest.