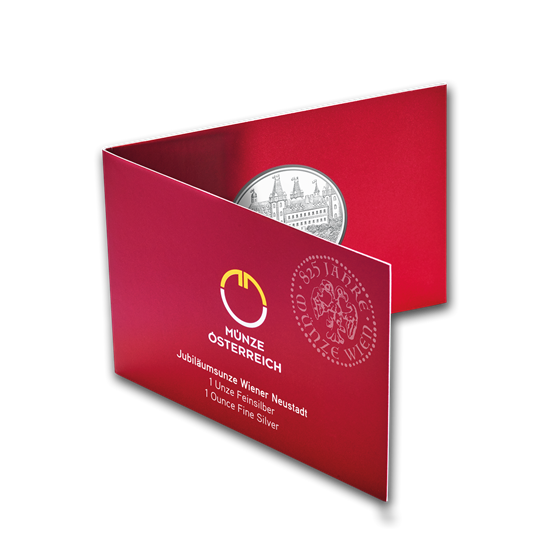 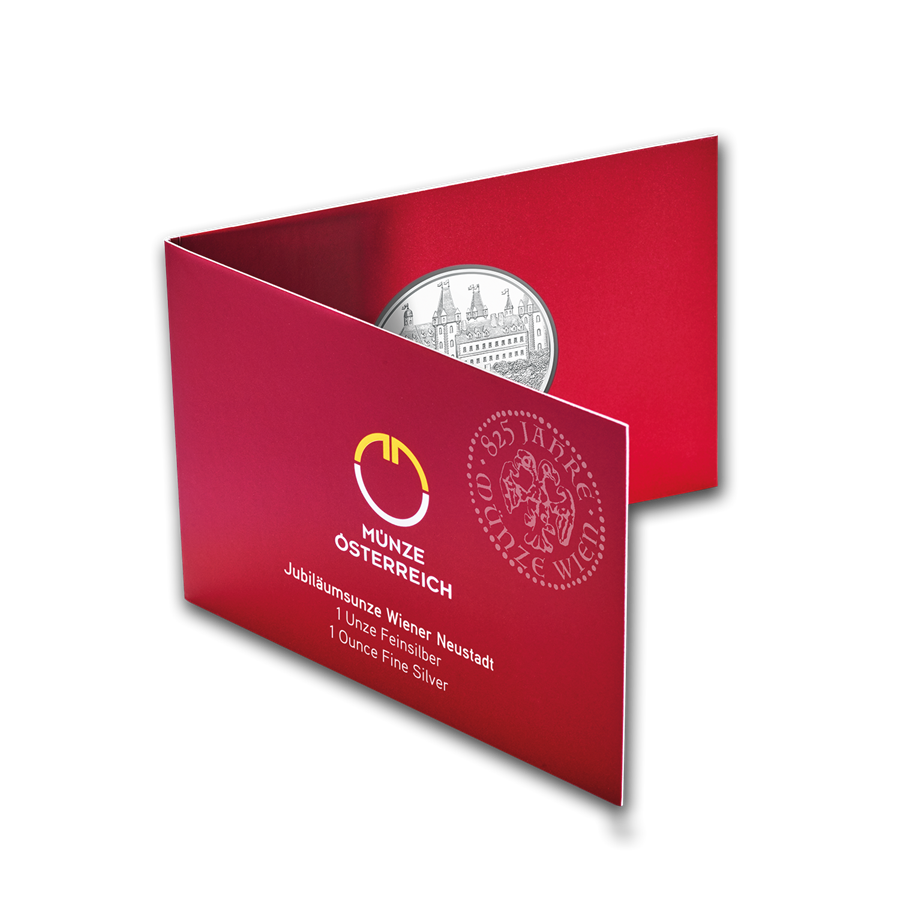 The area once belonged to the County of Pitten, which had been inherited by Margrave Ottokar III of Styria in 1158. After the dynasty of the Otakars became extinct with the death of his son Ottokar IV, the Duchy of Styria passed to the Austrian House of Babenberg according to the Georgenberg Pact. Duke Leopold V of Austria established the town in 1194 and financed the construction of a fortress close to the Hungarian border with the ransom paid for the English king Richard the Lionheart, who he had previously captured and held as a hostage at Durnstein Castle.

The costs to build the original castle of Burg Wiener Neustadt, featured on the reverse of this coin, were paid from the ransom of Richard I England or Richard the Lionheart. This castle is said to have stood on the north-eastern corner of the city, but there is no archaeological evidence of this. Coin Highlights:
This coin is a fantastic addition to any historic collection. Add this 2019 Silver 825th Anniversary of the Austrian Mint Weiner Neustadt BU coin to your cart today!

Wiener Neustadt is a beautiful Coin, Happy To Add It To my Coin Series. Love these coins in the collector's Card..