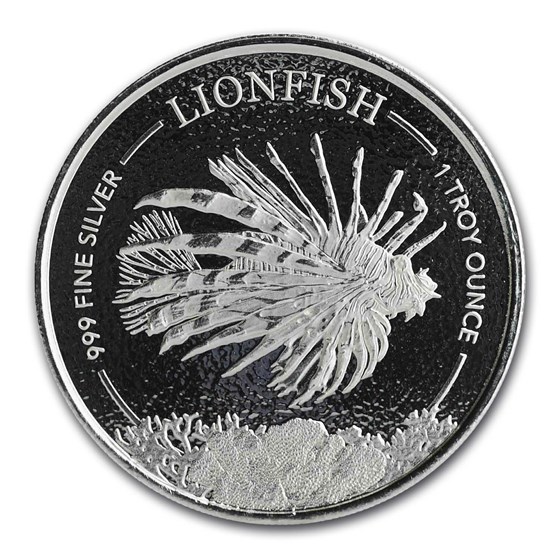 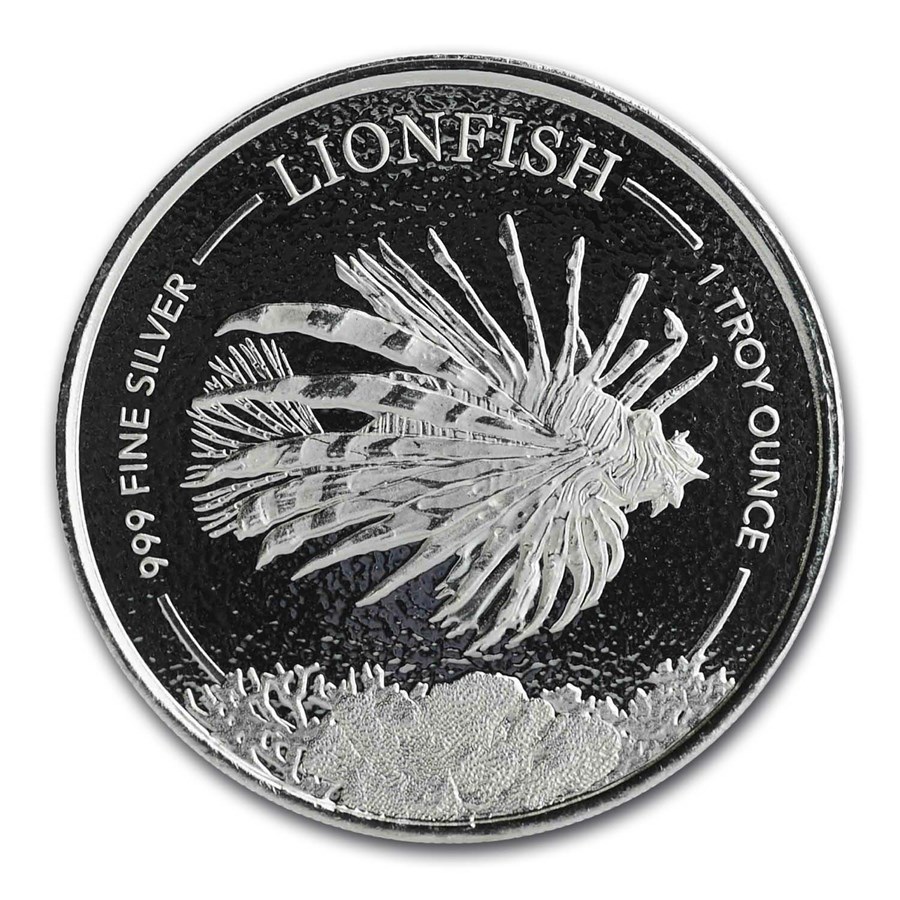 Your purchase will match the quality of the product shown.
Product Details
Product Details
This bullion Silver coin issued by the country of Barbados features one of the most unique fishes in the Caribbean Sea, the Lionfish. This limited release has an exceptionally low mintage of only 10,000 coins and is already SOLD OUT at the mint!

Pterois is a genus of venomous marine fish, commonly known as lionfish, native to the Indo-Pacific. Also called zebrafish, firefish, turkeyfish, tastyfish or butterfly-cod, it is characterized by conspicuous warning coloration with red, white, creamy, or black bands, showy pectoral fins and venomous spiky fin rays. Pterois radiata, Pterois volitans, and Pterois miles are the most commonly studied species in the genus. Pterois species are popular aquarium fish. P. volitans and P. miles are a recent and significant invasive species in the west Atlantic, Caribbean Sea and Mediterranean Sea.

I just received this and it looks like a proof coin. I have purchased many coins from APMEX and I haven't had a bad coin/experience, thus far.

Very clean and crisp design on the front. No queen on the back; which, for me, makes it more desirable. Frosted reverse really makes the half circle details pop. 10k mintage. Comes from the mint in protective packages. When you or 5, the listing says it comes in a sheet. It may, but mine was cut up individually by Apmex.

wowzers..... elegant details really show to your eyes!!! relatively low mint. I bet this is gonna be gone really fast. Gotta get at least one more.