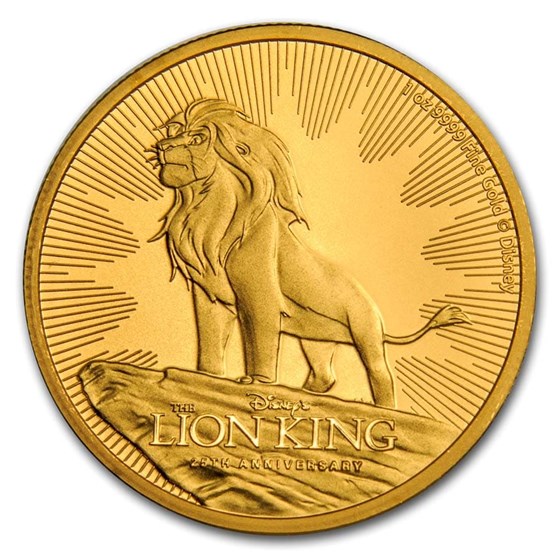 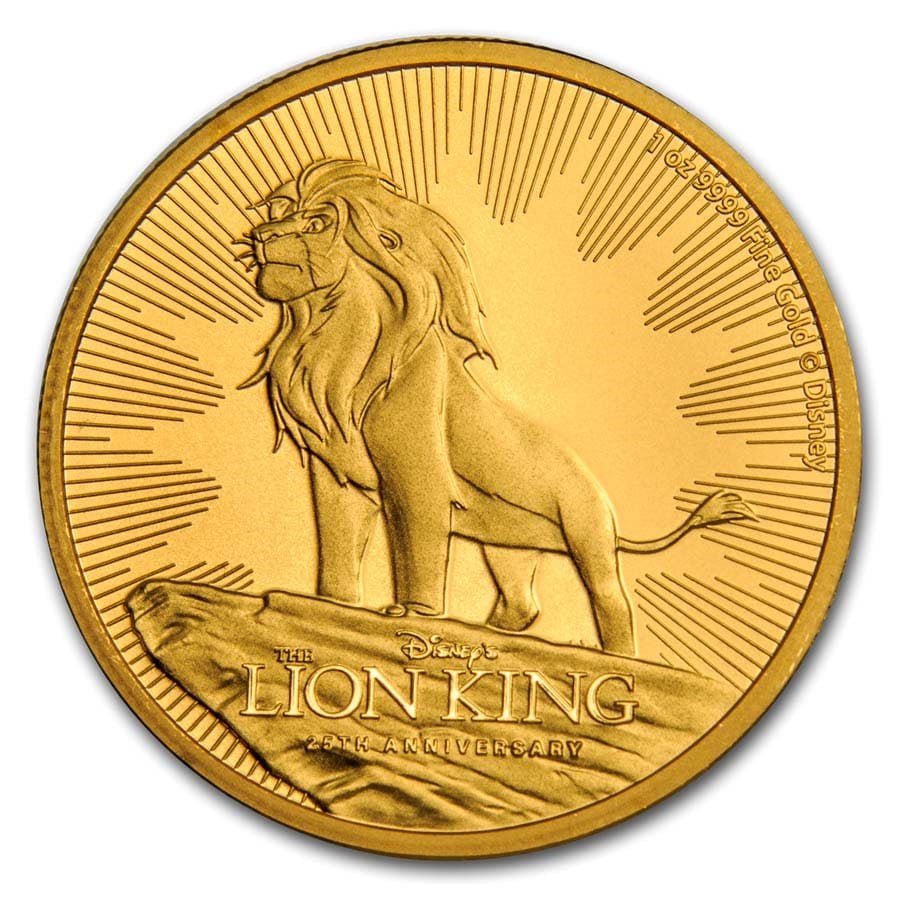 Your purchase is guaranteed to match the quality of the product shown. It will not be this exact item.
Product Details
Product Details
This stunning .9999 fine Gold coin celebrates the 25th anniversary of Disney's The Lion King by featuring an officially licensed image of Simba standing atop Pride Rock. There is an extremely limited mintage of just 250 coins.

The extremely limited mintage is only 1% of the maximum mintage set for previous Disney licensed Gold bullion coins from New Zealand Mint, making this coin a great collectible, as it is expected to sell quickly. Take advantage of this opportunity to be one of the few to own an officially licensed, .9999 fine Gold coin celebrating Lion King's 25th anniversary.

Disney's The Lion King is a classic film that has won numerous awards and celebrates its 25th anniversary in 2019. Add this 2019 1 oz Gold Lion King 25th Anniversary coin to your cart today!

THE LION KING:
Disney's The Lion King is an animated film first released to the public June 24, 1994. Winning two Academy Awards for the music and a Golden Globe for Best Motion Picture, The Lion King continues to be a classic film for children and adults alike. The story follows a young lion cub, Simba, and his life through adulthood. The movie is set in the Pride Lands of Africa, where lions rule the kingdom. It was announced a remake of the film is set to launch on July 19, 2019.

Premium is high due to low mintage. Design is attractive but the details is not very clear. I can barely tell it is 25th anniversary.

Bought it the second it came available! And glad I got it; good quality and design.