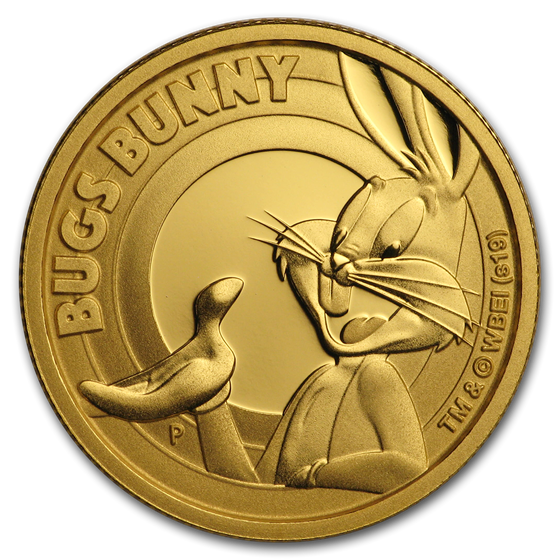 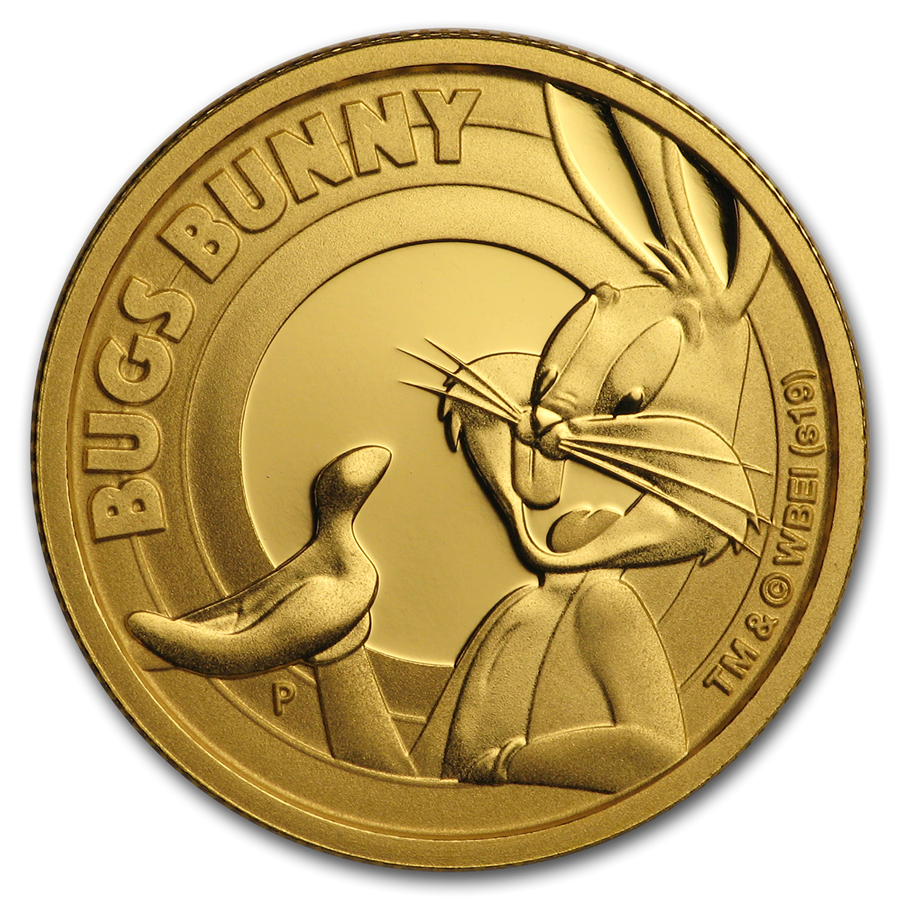 Product Details
Product Details
Part of the popular Looney Tunes Series from the Perth Mint comes the very first Gold coin in the series featuring none other than Bugs Bunny.

One of the iconic characters of the golden age of American animation, Bugs Bunny shot to fame after starring in Looney Tunes and later Merrie Melodies short films. His immense popularity earned Bugs Bunny the role of official mascot for Warner Bros. Entertainment and the wise-cracking gray and white trickster even has his own star on the Hollywood Walk of Fame.

Stay tuned to collect them all. Order this 2019 Gold Bugs Bunny coin today!

This was an absolute must for me and for everyone else a must have coin for any Bugs Bunny, Looney Toons or any serious coin collector. I believe this the very first GOLD Bugs Bunny coin ever! Only 750 coins made! The Australian Perth Mint is so great about showing much pride in their handy work. I am very happy with how this coin looks. Very proof like. Great design! Love seeing Bugs Bunny in GOLD! This coins value should go up easily later too.