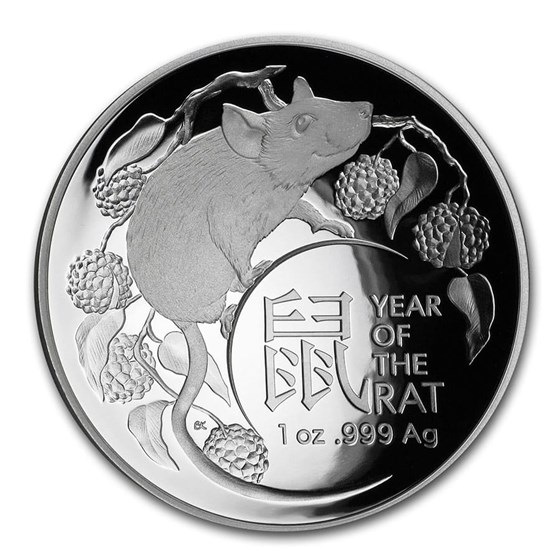 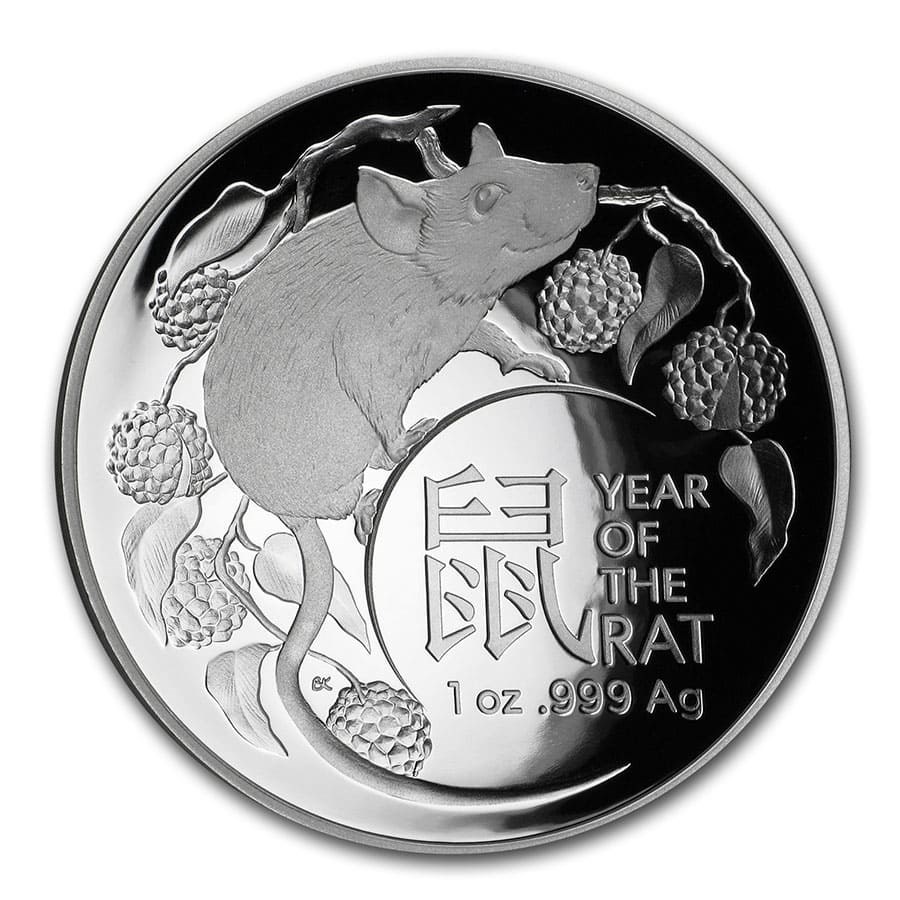 Your purchase is guaranteed to match the quality of the product shown. It will not be this exact item.
Product Details
Product Details
The first Domed Lunar coin in a 1 ounce Silver size celebrates the first animal in the Chinese lunar calendar, the clever Rat. There is a limited mintage of 7,500 coins, each packaged in a display case with an outer box and a certificate of authenticity.

Coin Highlights:
Following their previously sold out series of Silver Domed coins, the Royal Australian Mint has released the first Domed Lunar coin to celebrate the start of a new Lunar calendar cycle. Add this magnificent 2020 1 oz Silver Domed Lunar Year of the Rat Proof coin to your cart today!

The rat is the first sign of the twelve-year lunar calendar, and 2020 brings the year of the metal rat. People born under this sign are known for being talented, persuasive and self-aware. The traditional story of the zodiac race also describes the Rat's clever, and quick-witted nature. When the Jade Emperor had the twelve animals of the zodiac race across the river to decide which order they would go in, the rat hitched a ride on the strong Ox, and managed to come in first.