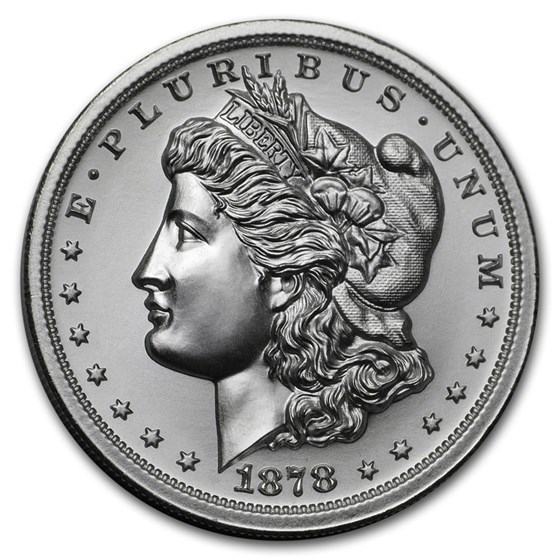 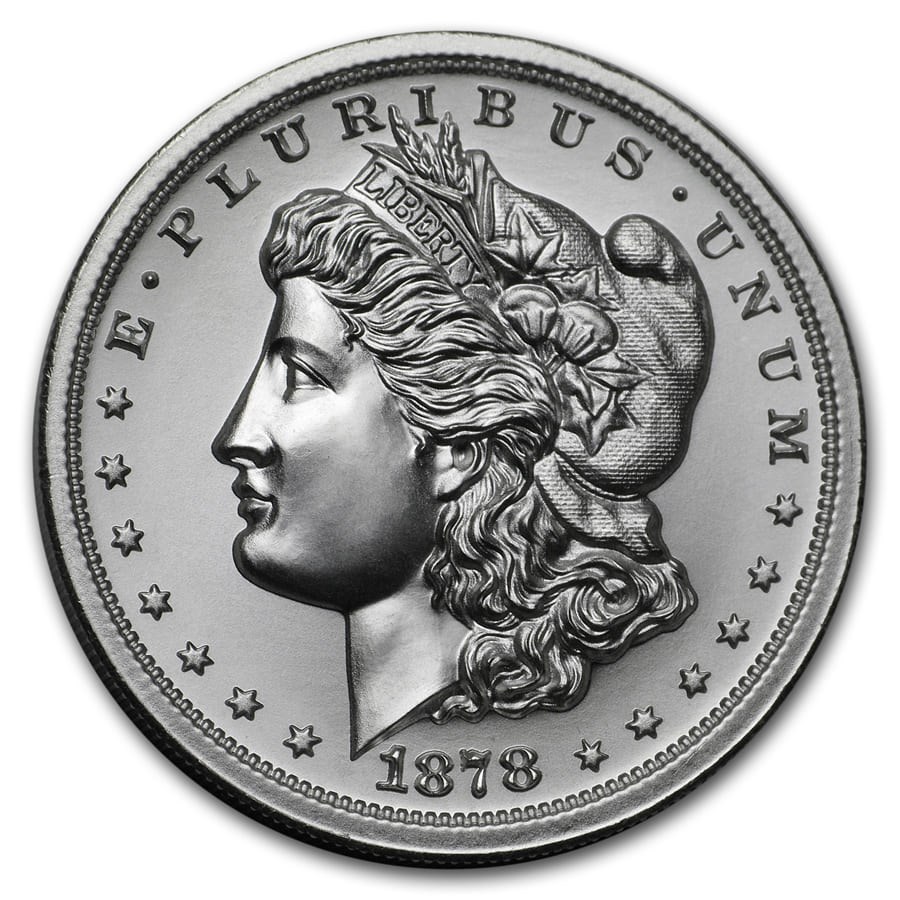 Your purchase is guaranteed to match the quality of the product shown. It will not be this exact item.
Product Details
Product Details
This 2 oz Silver round pays tribute to an iconic design in American coinage, the Morgan Dollar; rendered as a compliment to the original design in a high relief, domed die.

The Morgan dollar was a United States dollar coin minted from 1878 to 1904, and again in 1921. It was the first standard Silver dollar minted since production of the previous design, the Seated Liberty dollar, ceased due to the passage of the Coinage Act of 1873, which also ended the free coining of Silver.

The coin is named after its designer, United States Mint Assistant Engraver George T. Morgan. The obverse depicts a profile portrait representing Liberty, while the reverse depicts an eagle with wings outstretched. The mint mark, if any, appears on the reverse above the “o” in “Dollar”.