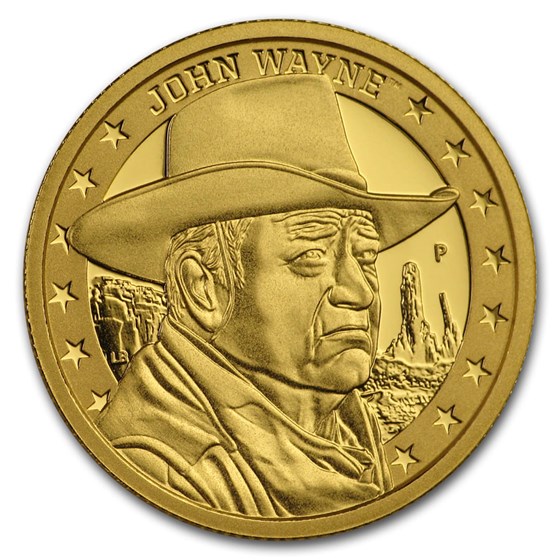 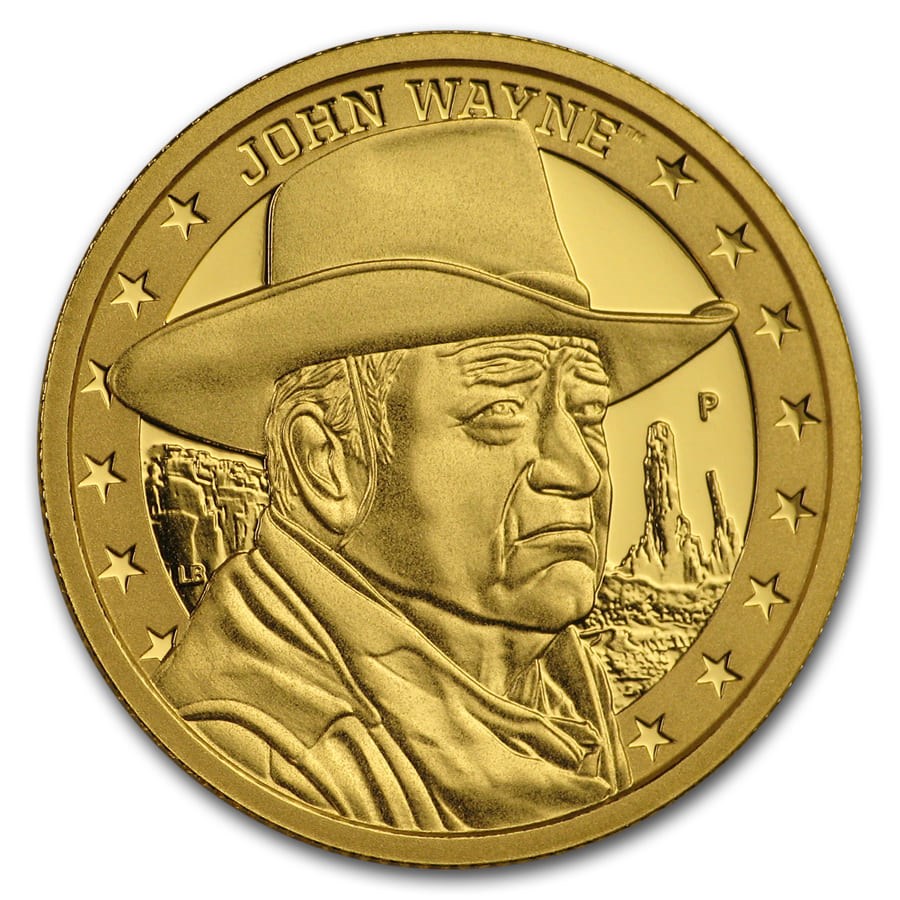 John Wayne was born Marion Robert Morrison on May 26, 1907. Nicknamed ‘the Duke’, he was a staple of the Western film genre and starred in, directed and produced more than 170 movies in a career spanning 50 years.

This special release will be a true collector item for years to come! Order this 2020 Gold John Wayne Proof coin today!

JOHN WAYNE, DUKE and THE DUKE are the exclusive trademarks of, and the John Wayne name, image, likeness and voice, and all other related indicia are the intellectual property of, John Wayne Enterprises, LLC.