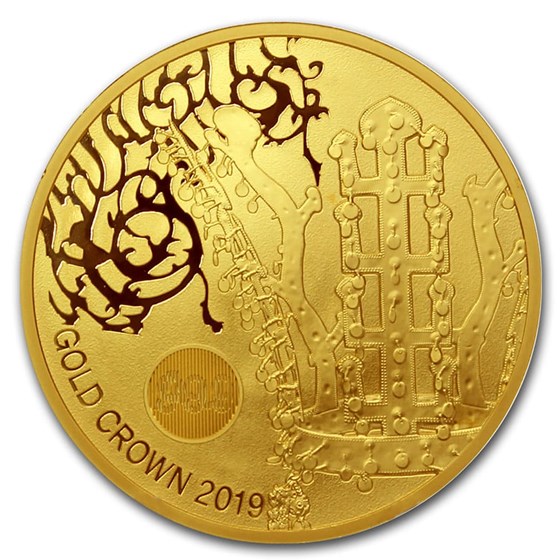 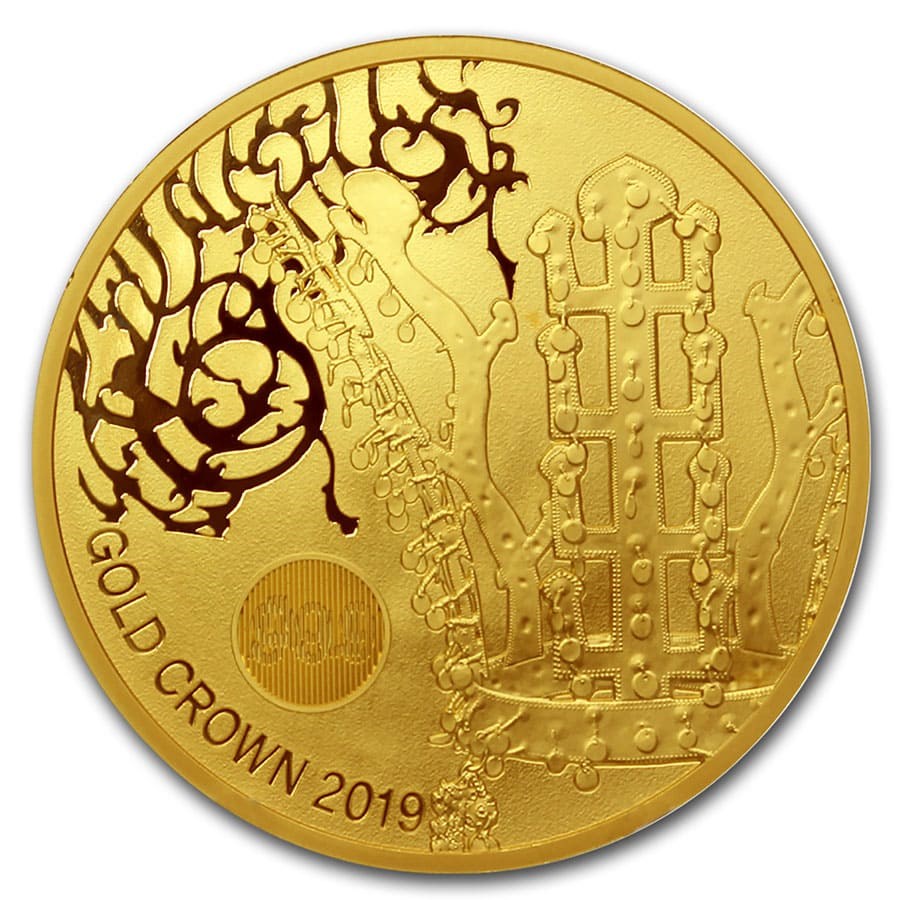 Your purchase will match the quality of the product shown.
Product Details
Product Details
Famous for their Chiwoo Cheonwang Bullion Series, KOMSCO has launched a new Gold bullion series featuring the 9 ancient Gold Crowns held by the country of South Korea. These treasured artifacts date back over 1,500 years and only 13 are known worldwide.

The Republic of Korea is the world's largest holders of Gold Crowns, with 9 of the 13 known world wide. These artifacts are believed to have been made of 1,500 years ago and represent an era where Gold craftsmanship flourished. KOMSCO has designed the Gold Crown Bullion Series to showcase its valuable heritage of Gold and the delicate craftsmanship of its ancestors.

The Gold Crown Bullion series combines these beautiful artifacts with the story of an imaginary animal known as the god of sun, Sam-jok-o, a crow with three feet. In the east, crows were thought to deliver messages from the gods in heaven. In the west, crows were meant to help lost sailors find their way home.

Etymologically there is a theory that "crown" was derived from the word "crow" which is "Korone" in the Greek language. It is theorized that the crown and crow have been used to reveal powerful scepter.