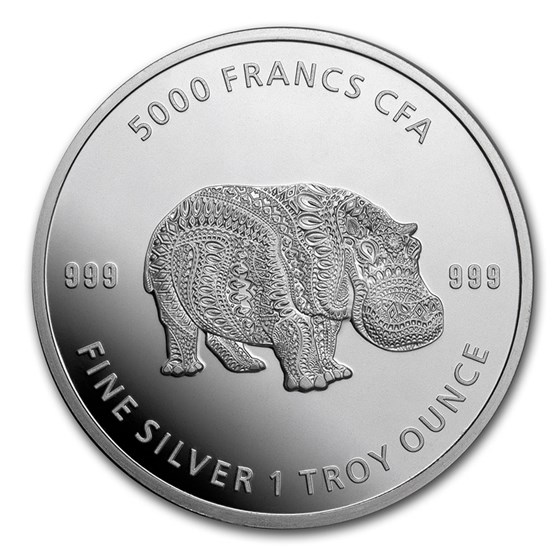 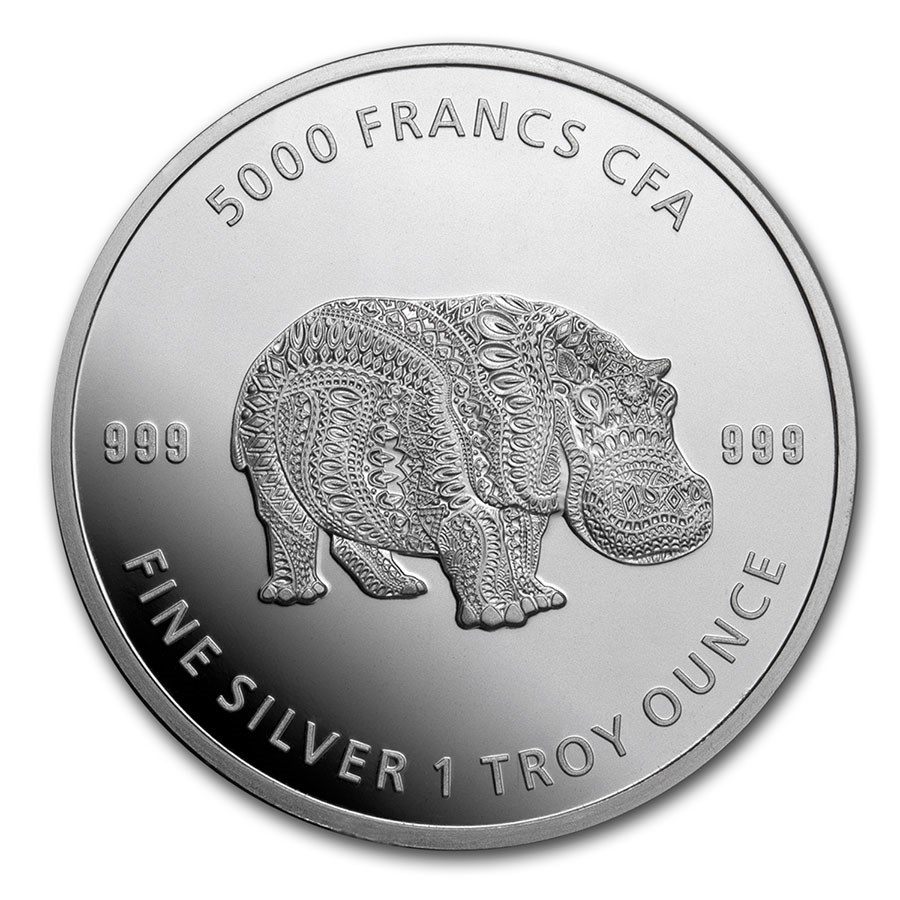 Product Details
Product Details
This fourth release of the APMEXclusive® Republic of Chad Mandala Wildlife series features a detailed image of the striking Hippo in .999 fine Silver. The 1 troy ounce coin has a limited mintage of only 10,000 coins worldwide.

The striking Hippo is a symbol for strength, courage, and calmness. The large creature has a reputation for being slow and sluggish, but the Hippo can be remarkably agile and aggressive. The strength and complexity of the Hippo makes the animal a great addition to the Republic of Chad Mandala Wildlife series, following the third release of the Mandala Elephant. Each coin in the series will have a unique design and different animal featured. The changing designs and limited mintages makes these coins an enticing series for collectors and investors alike.

Coin Highlights:
Continue your collection of the anticipated Republic of Chad Mandala Wildlife series with the fourth release featuring the strong and imposing hippo in .999 fine Silver. Add this 2020 Republic of Chad 1 oz Silver Mandala Hippo to your cart today!

The Mandala Wildlife Series features 1 ounce Gold and 1 ounce Silver coins with unique designs of different animals, each with a beautiful mandala print. These coins have limited mintages, along with a changing design per release, adding to their collectibility. The Mandala Hippo is the fourth release of the series, in both a 1 oz Silver and 1 oz Gold finish. Featured on the reverse of each coin in the Mandala Series is the coat of arms of the Republic of Chad.

I LOVE the coin. 1st of all the hippo is my favorite animal. 2nd i enjoy collecting 1oz coins. It's in perfect condition. Every coin I purchase from APMEX is well worth it.

This coin was a must add to my stack. It’s very well made and the hippo represents power making it very appealing. The low mintage makes this coin even more special