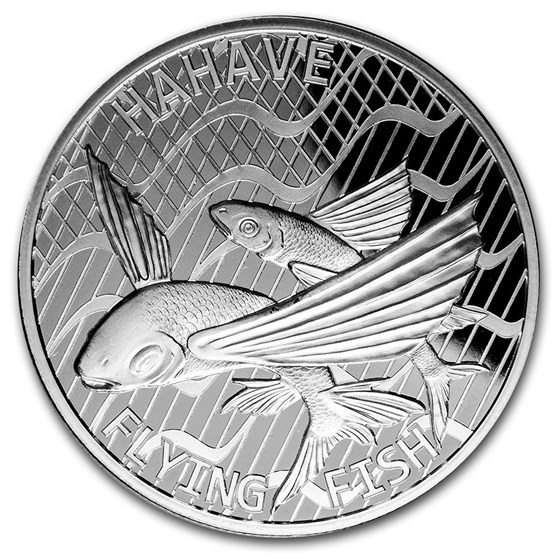 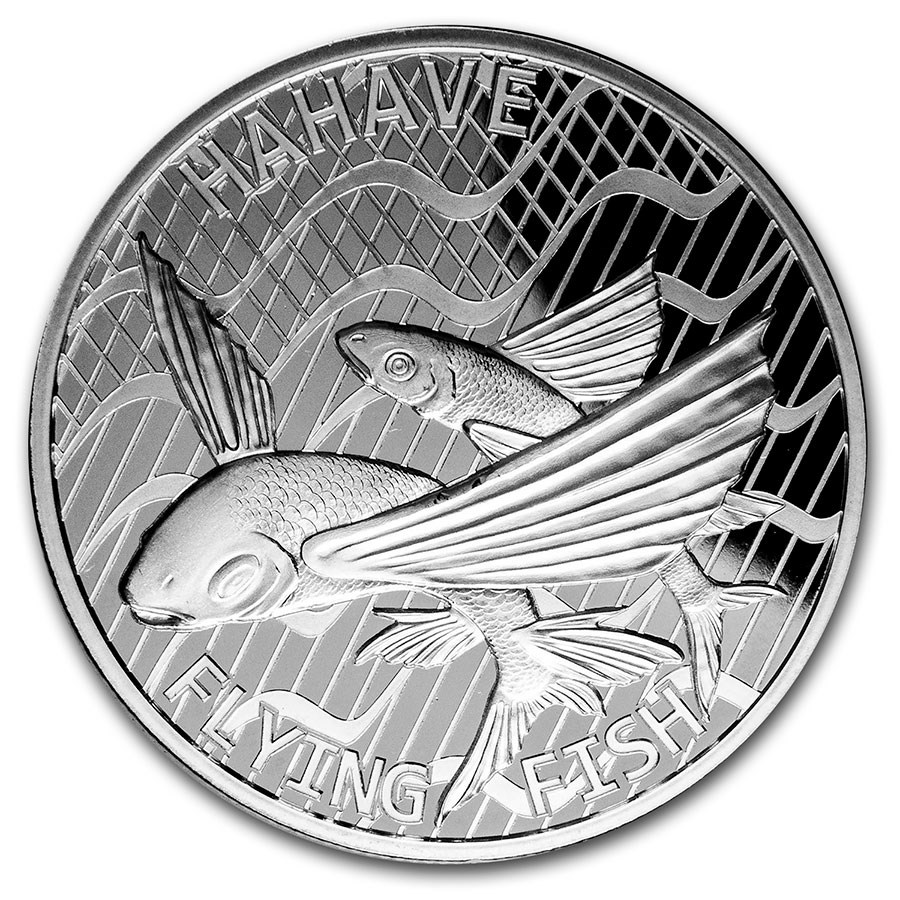 Product Details
Product Details
This 2020 1 oz Silver coin from the tropical New Zealand territory of Tokelau features a Flying Fish. This APMEXclusive® has a limited mintage of 10,000 coins.

Coin Highlights:
The Flying Fish is the subject of the seventh release of a 12-coin series. Protect your Silver coin in style by adding an attractive presentation box to your order.

Add this Flying Fish Silver coin to your cart today!!

Missed out on this coins several times, and finally was able to buy 2 thanks to the Apmex Alert. Worth the wait! Large coin, quite bold and distinctive. Totally unique from all of my other animal coins. Reminds me of a Japanese wood block print

The quality of this series has been going up over the years and the mintage is going way down. I started buying this series because of the low premiums and the chance they might fetch a higher premium once they started catching on, if not I still had a ounce of high grade silver for a low premium. They have exceeded my expectations and even the high mintage years are fetching a nice premium now, imagine what this low mintage one will do, that's why APMEX is not giving them away at $2 or $3 over spot like they used to. Thanks APMEX for sticking with this series while others dropped the ball. I ordered more than I could afford so it's back to bologna sandwiches for me.

I recently bought a mixed variety of 2020 dated coins from APMEX. The Hahave was one of them. Out of all the popular silver coins(AE,brit,krug,maples,etc..) The Hahave was the most brilliant piece. The finish is proof-like and the coin has that mirrored background on the Queen's side. Spectacular coin especially for the lower premium than other coins.

For collectors this is a great coin to add to your collection. I try to get a representation of everything in the animal kingdom. For investors, I would get something like this instead of American Eagles, or get the digital metal. Premiums for Eagles are crazy right now.

Great Silver Round to own!

Received my 2020 TOKELAU 1 OZ SILVER $5 FLYING FISH coins. Absolutely beautiful piece. This Round is actually a Proof Round. Received it very quickly. I highly recommend this Round to anyone. Nice working with APMEX, will be seeing more of me.

Very good looking fish, the coin is amazing. I picked up two and am very pleased with the condition and design. I'd like to go back and get the previous fish in this series and will be finishing this set through. Beautiful Amazing Love it!!!

Better finish than others in series

7 of 12 in the Fish Series from Tokelau and this coin has a much better finish than the others. The first 6 coins in the series had a dull and gray matted finish. But this one is actually shiny and fish like shiny things! Me too!!!