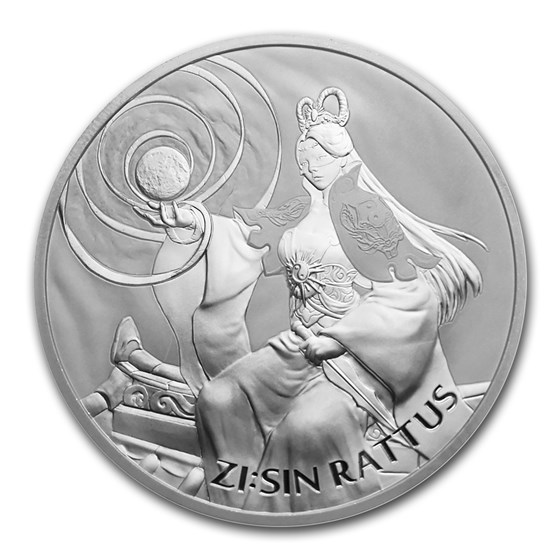 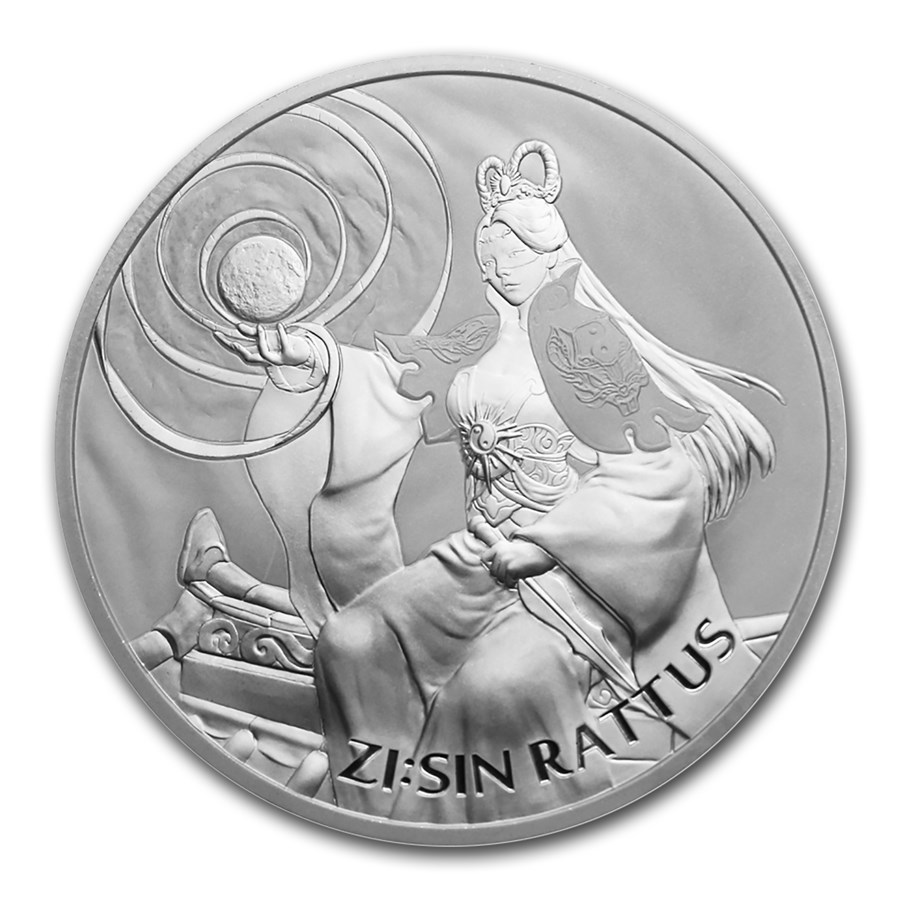 ZI:SIN are the Twelve Guardians assigned to protect twelve directions. They serve protection to the world against evil forces from twelve directions at all times. This issue features Rattus, who as the ability to foresee danger.

Don't miss the chance of owning the fourth release of KOMSCO's Silver ZI:SIN series. Add one of these Korean 1 oz Silver medals to your cart today!

ZI:SIN Rattus is the Queen of the underground cave at the Chiwoo Empire and has the ability to forsee danger. Dressed in a celestial robe with a dagger on her waist, Rattus waits at the top of the cave to enjoy the darkness and brightness of the world under the full moon. It is here that she is able to foresee that a great war is coming, and alerts Chiwoo Cheonwang.

For the 2020 release, the obverse design features a new Gwi-myeon-wa, known as "Nok-yoo-gi-myeon-wa". Traditionally, Koreans built Gwi-myeon-wa and hung them on both ends of their roofs to scare off evil spirits.

Wow .. very impressed with these South Korean coins. Incredibly detailed and executed. Some of the most beautiful coins on the market and a low mintage.

This is a breathtakingly beautiful coin. Intricate design and excellent execution in the minting. Great to add to our collection.

I have zero concerns about this medal being counterfeited. The anti-counterfeit mark inspires confidence. Apmex handled the medals with care and very few blemishes on the medal when they arrived.

These silver coins look surreal in appearance an design I am already a fan on the Korean mint and want to collect each coin. May not be a house name brand yet but become a buyer quick since these in my opinion will be a top collector piece for years to come.

South Korean coins look so good and this one is no different. The great design and a very low mintage. The moon design on the left looks awesome. I would say tough to sell in the US given does not have the same knowledge base like other international coins relative.

On one coin was some sort of scratch, which i assume is about the design of the coin and production, its a teething problems in some series of komsco mint, but ok.

As in all things Korean, quality is paramount. I made this first silver purchase to see for myself the quality and detail that goes into it. I will continue to keep my eyes open for more Korean coin options. These coins are very attractive.

I love the design of this coin. Also it’s low mintage, so I didn't want to miss out on this one.

Beautiful coin for a collection

I collect foreign coins and this was such a beautiful addition. The design is so eye catching with the 2 different textures and I love the size.

KOMSCO does it again!

Big fan of this series from the South Korea mint, this coin is no exception to that. Beautiful piece with great quality. Great for collectors, not necessarily the best for resellers.