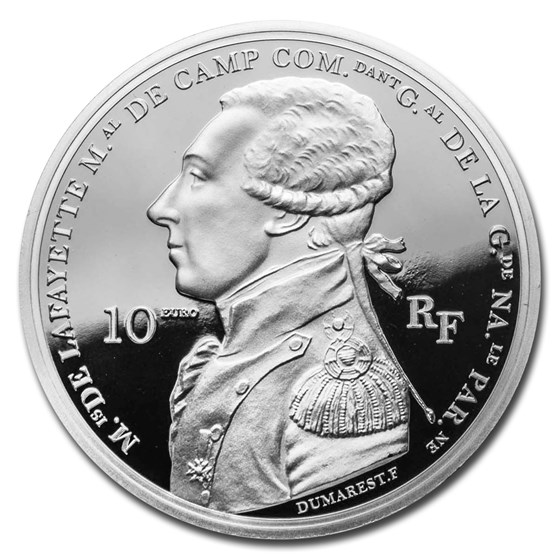 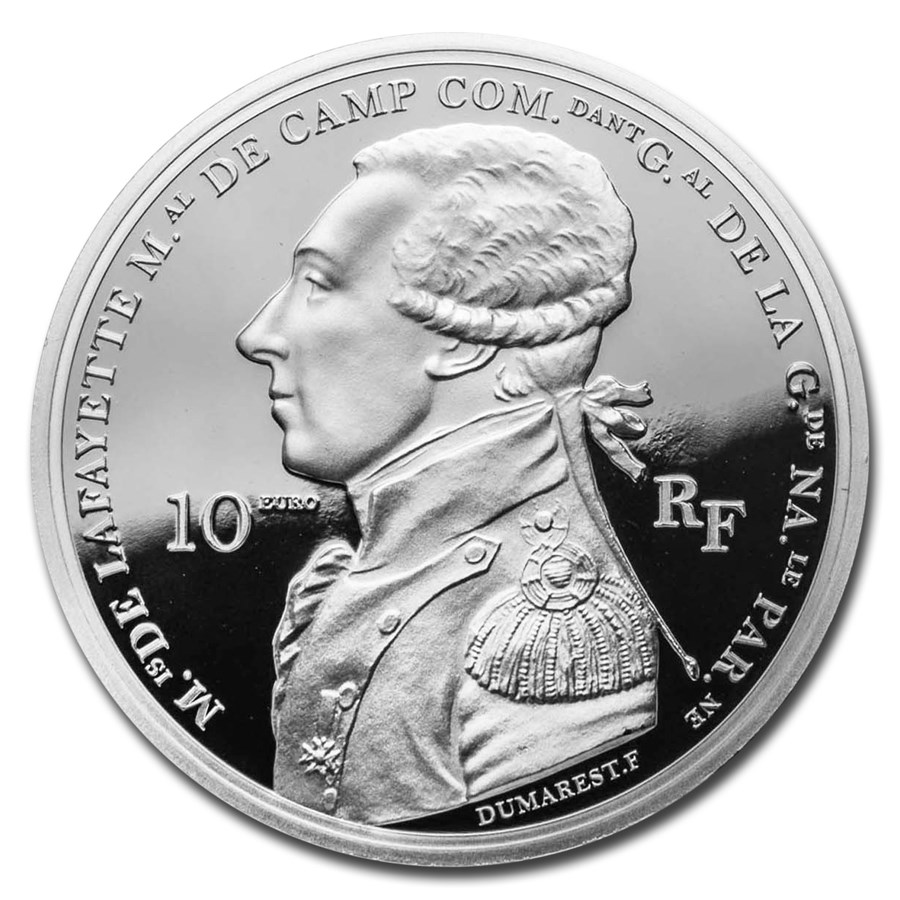 Your purchase will match the quality of the product shown.
Product Details
Product Details
Beginning with this 2020 release, Monnaie de Paris will retrace the history of American Independence through a series of collector coins. This first release celebrates Lafayette's arrival in Boston in 1780.

This beautiful Silver coin would be a great addition to any collection or an ideal gift for anyone who loves American History. Add this 2020 Silver €10 Great Dates of Humanity (Lafayette in Boston) coin to your cart today!

After serving in the French army from 1771 to 1776, Marquis de La Fayette befriended Benjamin Franklin & brought his military expertise to the Continental Army as a Major General. A close collaborator and friend of Commander-in-Chief George Washington, Lafayette devoted himself with great bravery to the fight for American independence.

Arriving in America on April 28th, 1780, he helped American settlers fight against the British government with the support of France. Thanks to his help, the Franco-American allies had a decisive victory at Yorktown on October, 17 1781.

Still seen as a hero in the United States, he was posthumously declared an honorary United States citizen in 2002.

I have a collection of coins with Lafayette on them in all 4 precious metals and this coin fits in with my others perfectly.

A classic French design coin. The only problem I had was trying to see the other side of the coin. The coin would not come out of the box (I did not want to destroy the box). Definitely would collect it for the design and th history(French, American and Revolutionary War). If it comes from the Paris Mint, you do pay a premium, This coin is worth it.