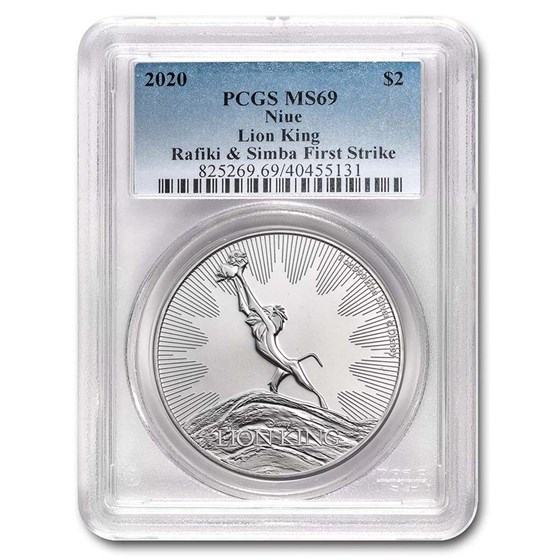 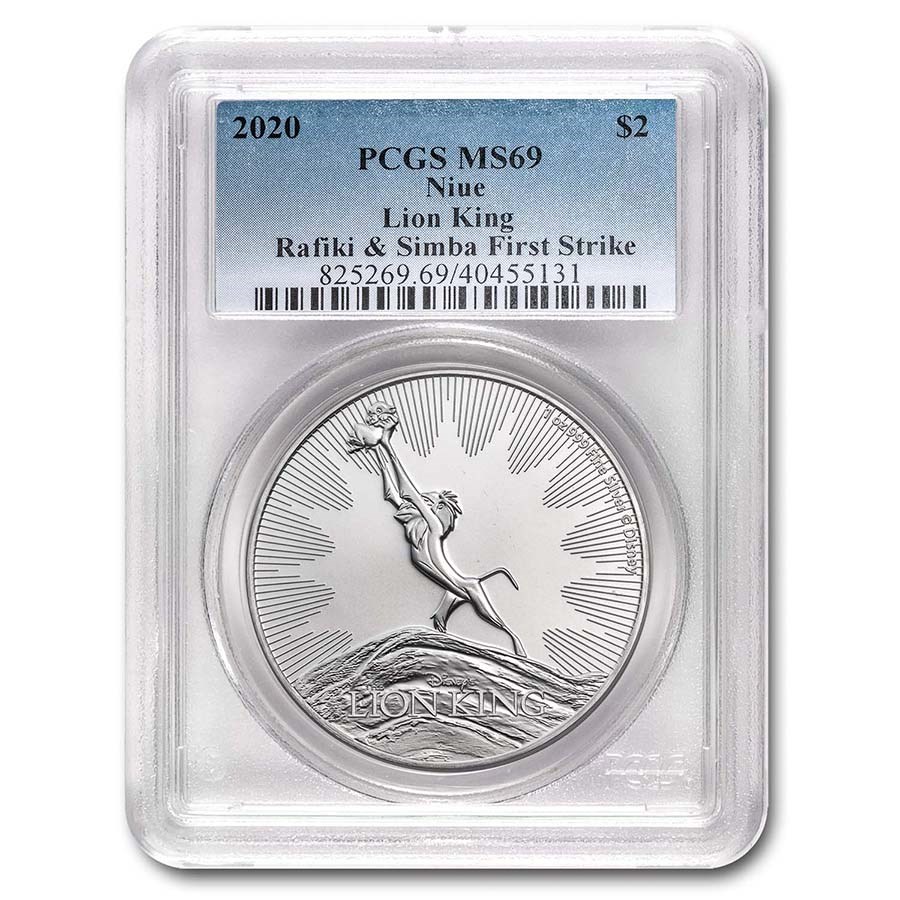 Product Details
Product Details
This stunning .999 fine Silver coin commemorates an iconic scene of Rafiki & Simba from Disney's The Lion King, in 1 oz of Silver. Only 25,000 coins were minted, and even less are available in this near-perfect Mint State-69 grade!

Coin Highlights:
The Lion King was an iconic Disney movie released in the mid-1990s. It has been a favorite of movie-lovers ever since. Add this near perfect MS-69 1 oz Silver Lion King coin to your cart today!