2020 Austria Silver €20 Reaching for the Sky: Faster than Sound 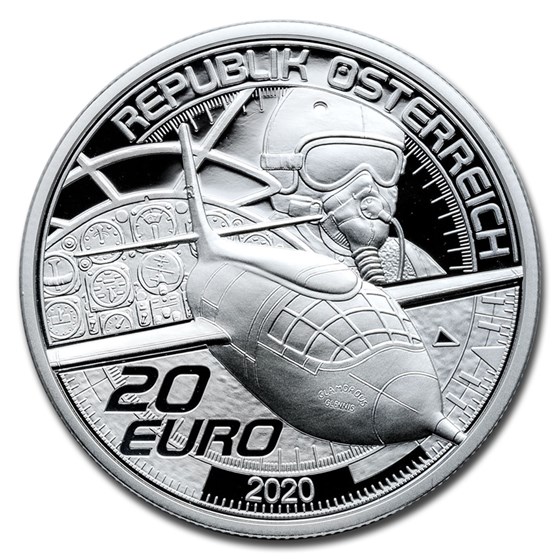 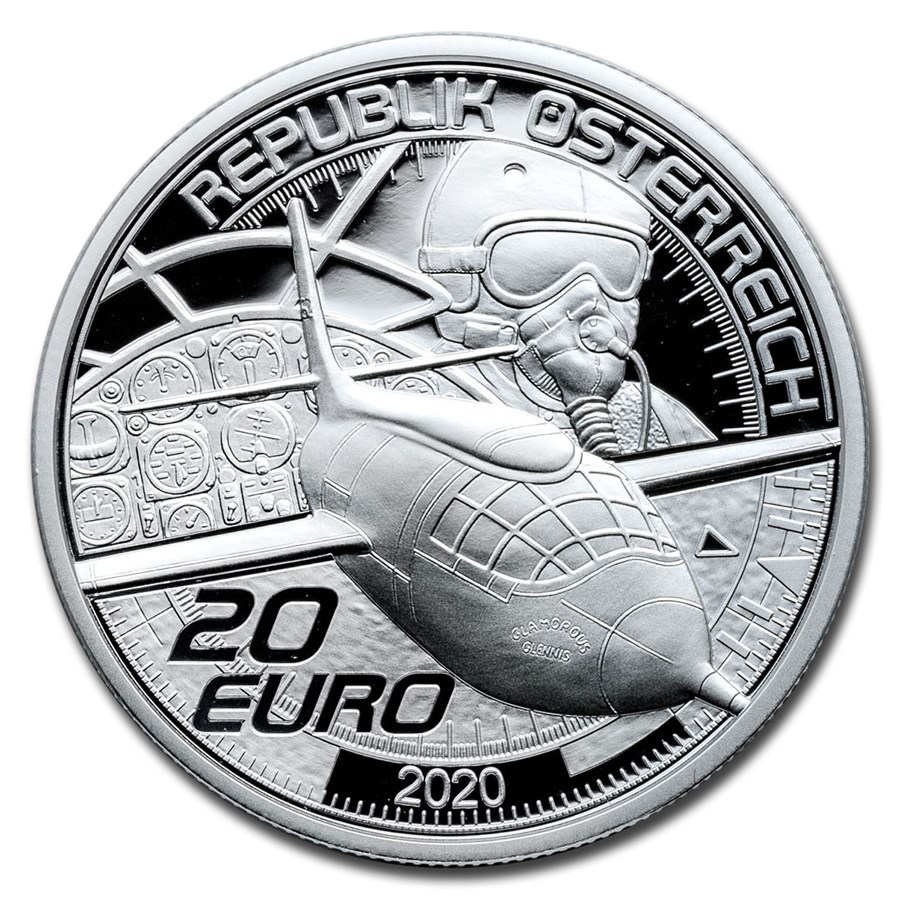 Coin Highlights:
This coin is a fantastic addition to any historic collection. Add this 2020 Austria Silver €20 Reaching for the Sky: Faster than Sound coin to your cart today!

"Faster than sound" the fourth and final coin in the Reaching for the Sky series is dedicated to the undisputed star of commercial air travel, the supersonic airliner Concorde. The most iconic and glamorous airliner to ever grace the skies, Concorde was not only a triumph of engineering but, with its delta-wings and slightly bent nose, also a design classic. In service from 1976 to 2003, Concorde captured the public imagination like no other civil aircraft before or since.

With a maximum speed of more than twice the speed of sound (1,354 mph or 2,180 kph) and a flight time from Paris to New York of three and a half hours, Concorde was a collaboration between the British and French aeronautical industries. Although a source of national pride for both countries, with its heavy fuel consumption and excessive noise levels, including the sonic boom when breaking the sound barrier, Concorde caused controversy from the outset. The excessive cost of its development program and the resulting prohibitively expensive cost of a seat on the cramped airliner – up to the 30 times that of the cheapest transatlantic options – meant that Concorde was effectively reserved for the wealthy, who were served champagne and caviar in-flight to gloss over the relative discomfort of the plane.

The conspicuous consumption typical of the latter part of the 20th century eventually began to be replaced by the concepts of sustainability and efficiency that dominate today. With Concorde’s demise in 2003, supersonic civil aviation effectively came to an end as the zeitgeist had evolved from the age-old dream of flight to the dream of environmentally friendly flight. The sound barrier had, however, been broken many times on the way.