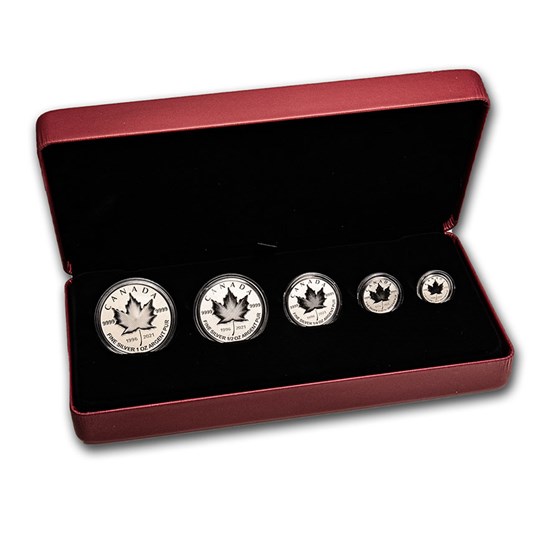 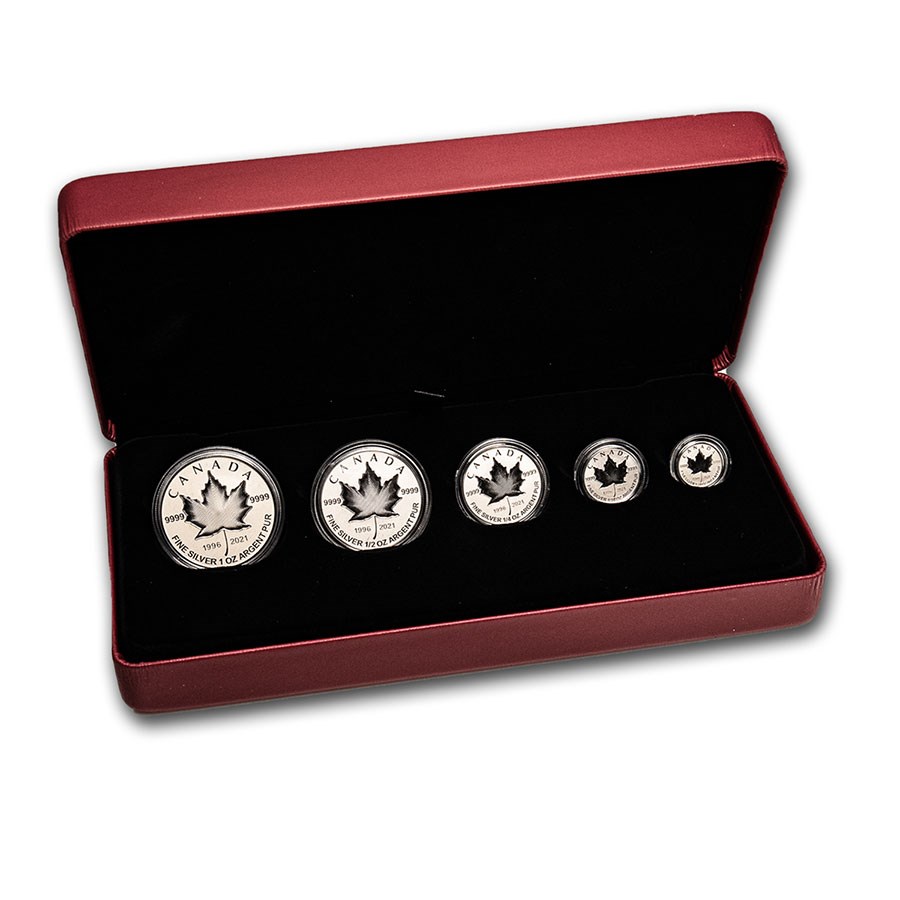 Your purchase will match the quality of the product shown.
Product Details
Product Details
Sold out at the mint! RCM introduces their first ever set of coins that pulsate with pride for Canada’s beloved maple.

All five coins in this set are double dated (“1996 2021”) to mark the 25th anniversary of the maple tree’s designation as the national arboreal emblem of Canada. And on each reverse, the iconic Silver Maple Leaf bullion coin design is enhanced with engineered surface mirror technology — a numismatic innovation that made its world debut on the 2020 Pulsating Maple Leaf coin.

Thanks to an array of precisely rendered sub-millimeter-scale mirrors, each maple leaf appears to expand and contract when you tilt the coin. It’s an optical effect that reflects the swell of pride Canadians feel when they think of everything the maple tree represents, including the nation’s identity, achievements and history of innovation.