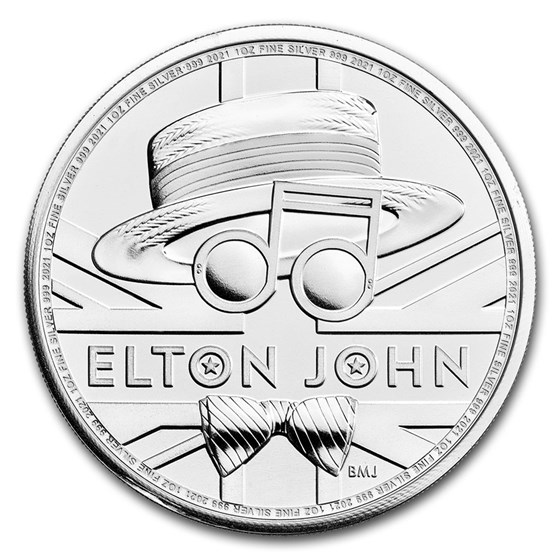 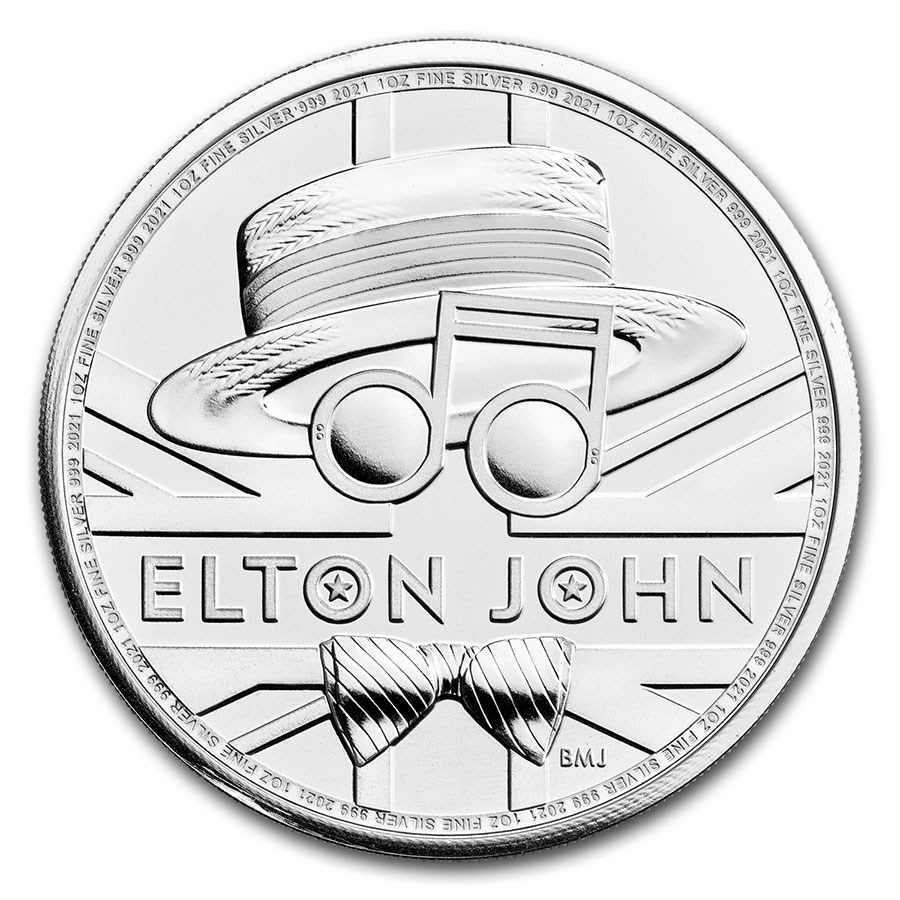 Product Details
Product Details
This series from The Royal Mint celebrates British Music Legends. The second bullion release features the iconic legend, Elton John. This coin has a limited mintage of only 25,000!

Born Reginald Dwight, Elton John displayed remarkable musical talent at a very young age, and quickly grew to become a global sensation. Over five decades as an entertainer he has sold more than 300 million records worldwide. Elton John is without doubt a British music legend.

The coin design was created by Bradley Morgan Johnson and continues the Music Legends series that launched with Queen. The unique Elton John design represents the artist’s I’m Still Standing era and features a pair of his characteristically striking spectacles.

Loved the Queen coin and adore the EJ issue.

Brilliant "sketch" of EJ. Can't wait for the next issue in this series! Typically impeccable and pleasing to the naked eye.

Elton John is an icon,im sure this coin is in great demand

Elton John is one if the most recognized artist of all time for many decades,im sure everone would like to own one,world renoun and loved by all

Fun coin as tribute to the Great Sir Elton John!

This is a very nice addition to the "Music Legends" series of the British Royal Mint. It goes well with my QUEEN (the band) coin(s)! Hope the mint comes up with more great legends to follow!